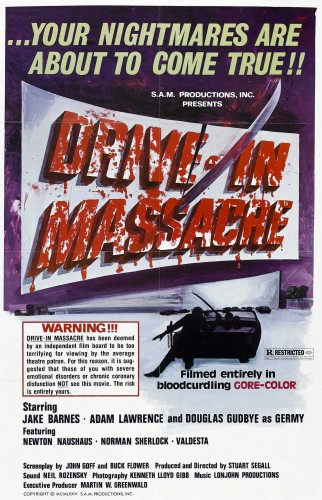 “At a rural, run-down drive in theater, a young couple arrives to watch the movie playing. They park their car and talk about having a baby. The woman suggests procreating at the drive-in, but the man, Alan, wants to see the beginning of the movie. As he reaches out for the speaker to hang upon the car window, he is beheaded by a sword-like machete. The woman screams, but the unseen killer shoves the blade through her neck and she dies a slow death as she opens the car door and falls out onto the ground.” (courtesy IMDB)

This week I have a true rarity for you, only because nobody else has the guts to write about it. Now, the best way to watch this film is pretend you’re actual at a drive-in. So turn down the lights, mix-up the rum-and-Cokes, and shag the living daylights out of the person next to you – if appropriate. Also, for good measure, you might like to stick your best friend in the trunk of your car. Just, for God’s sake, don’t look at the screen! And now, I take great trepidation in discussing Drive-In Massacre (1976). 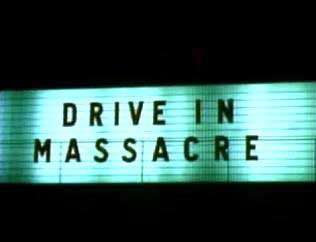 Drive-In Massacre started life as a hard-hitting independent film about the banality of existence in a small town, concentrating on the ordinary conversations of couples who went to the drive-in to work out their relationship issues. It’s original title was The Drive-In In Winter, but after the third focus group fell into a coma, it was decided to spice the film up a bit by adding the exploits of two cross-dressing policemen. When that failed to rouse the audiences from their slumber it was then decided to reach for the samurai blade and add some poorly hacked up rubber dummies – kind of like My Dinner With Andre (1981) the director’s cut. No, not really, I’m actually just saying that to fill in space. 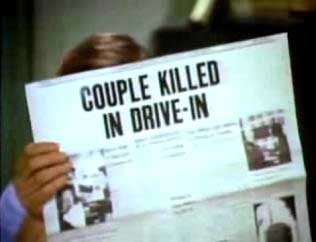 Drive-In Massacre was commissioned by the US Surgeon General, who discovered birthrates were falling, because the films being shown at drive-ins were too interesting. Healthy young Americans were too busy being captivated by the exploits of Cleopatra Jones (1973), The Pom-Pom Girls (1976) and She-Devils In Chains (1976) to actually get around to copulating themselves. There’s a scene in this film that raises that very issue. 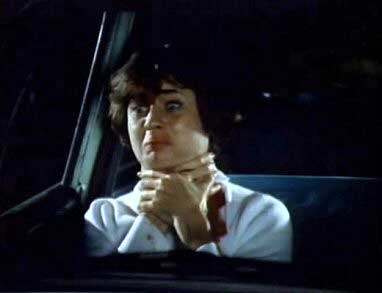 Therefore the task of engineering the creation of generations of future Americans fell to one Stu Segall, famous for such hygiene education films as Saddle Tramp Women (1972), The Dirty Dolls (1973), and Penelope’s Education (1973), which was known as Teenage Jailbait in Australia, I guess to differentiate it from Pre-Teen Jailbait, a popular film in Catholic seminaries. Segall directed these films under his non-de-blame Godfrey Daniels, but he was so chuffed to be charged with serving the national interest, he stuck his real name on Drive-In Massacre. This boost to his reputation allowed him to produce such made-for-television classics as See Arnold Run (2005), I Married A Monster (1998), Alien Fury Countdown To Invasion (2000) and Beastmaster III The Eye Of Braxus (1996). 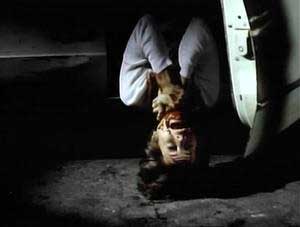 Now, one of the interesting things about Drive-In Massacre is that you never actually see the film showing at the drive-in. This is for two reasons. One, the Surgeon General was worried that the intended audience may be too distracted by seeing something with an actual plot, and two, they couldn’t afford the rights to anything, not even an industrial training film – and they’re free! So they dubbed a half-assed western soundtrack over the drive-in scenes to distinguish it from The Parking Lot Massacre. The other interesting point about this film was the score was composed by throwing a Casio keyboard down a flight of stairs, thus inspiring Philip Glass’s career. 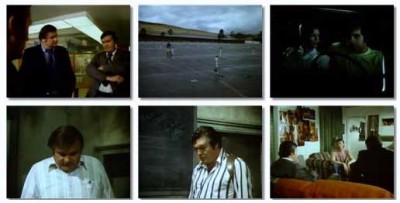 Bruce Kimball, who plays Detective Larry, had already lit-up the screen – mostly by accident because he was a clumsy smoker – in such cinematic aberrations as The Thing With Two Heads (1972), Dracula Versus Frankenstein (1971), Chain Gang Women (1971), The Girls From Thunder Strip (1966) and The Mighty Gorga (1969), where he set a personal best by playing both Mort The Clown and the Witch Doctor – and the rest of the cast had real jobs. So, now I’ll warn you that the snack bar closes in ten minutes, as we return to Drive-In Massacre.

Did you make it all the way through the film? Now you know why most of the world’s drive-ins closed – fear of the killer still being at large. So please join me next week when I have the opportunity to present you with more unthinkable realities and unbelievable factoids of the darkest days of cinema, exposing the most daring shriek-and-shudder shock sensations to ever be found in the steaming cesspit known as…Horror News! Toodles! 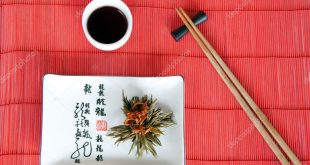 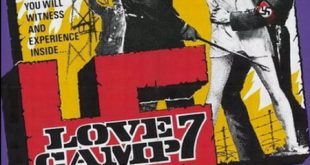 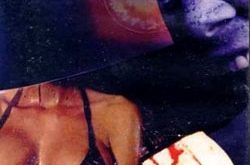 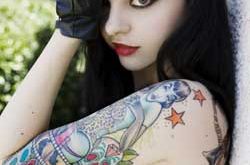 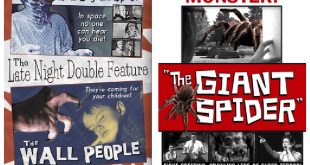