Home | Articles special | 2022 Might Just Be the Year of the Vampire in Movies, TV, and Beyond

2022 Might Just Be the Year of the Vampire in Movies, TV, and Beyond

In 2008, a colossal movie and TV show picked up what the mainstream image of vampires was, turned it on its head, and smashed it into the floor. Twilight and True Blood reinvented vampires – at least, for mainstream audiences – as darkly romantic creatures of desire, leaning into their eternal nature, strength, and allure. The TV series was far more graphic than the movie series, with the films concluding in 2012 and the show putting on its seventh and final season in 2014. 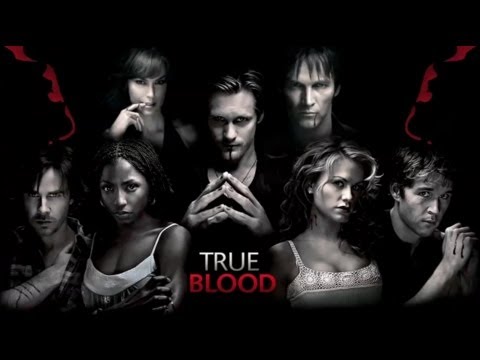 Despite being for very different audiences, True Blood and Twilight were remarkably similar in their premise and themes. Both were based on bestselling books, had a small-town girl as the central character, involved her falling for a vampire, and even had a love triangle between the main character, a vampire, and a werewolf. True Blood was such a hit that there are reports that it will get a reboot in the near future. Still, once these runs ended, vampires faded from the spotlight until very recently.

This year, we’ve been mobbed by vampire-themed films, shows, and even video games. Not only are they tending to steer away from the romantic vampire trend, but there’s also a new sub-sub-genre coming to the fore – if vampirism can be counted as a genre, that is. None can rival the best vampire films ever put to screen, like Let the Right One In, Blade II, or Nosferatu, but it’s a good sign that audiences and creatives are happy to return to the classic gothic creature.

Vampires creeping onto the big and small screens

On the more serious side of the movie slate for vampires in 2022, the long-running production of The Invitation finally came to a close, with the flick hitting screens in August. Starring Nathalie Emmanuel, it follows a woman who finds a long-lost relative, stays with them as a guest, and then starts noticing distinctly vampiric occurrences. It failed to dazzle just about any critic, but with a $10 million budget, its $33 million box office proved it was a success. At the very least, The Invitation showcased the draw of vampires once again.

More successfully, Anne Rice’s Interview With the Vampire has been turned into a TV series, starring Emmanuel’s regular screen-mate from Game of Thrones, Jacob Anderson. Through the first couple of episodes, the horror drama has amassed a solid set of critical reviews, earning a Metascore of 81 out of 100. As well as these more serious takes on vampires, there’s also a contingent of comedy vampire creations.

Day Shift, starring Jamie Foxx, Meagan Good and Dave Franco, takes a different kind of comedy-action spin on vampires, essentially having the leads as secret vampire hunters. It even has a dynamic of rookie and veteran, similar to the relationship between Will Smith and Tommy Lee Jones in the first Men in Black. In more of a direct comedy sense, the superb 2014 film What We Do in the Shadows from Taika Waititi and Jermaine Clement has seen its spinoff series go from strength to strength.

Shifting from a New Zealand-set vampire mockumentary to one set in the US with a British, Iranian, and Greek vampire (all played by British comedy actors), season 4 recently finished on FX, Hulu, and BBC Two. Once again, it received very strong critical and audience reviews and has been renewed for another two seasons. Benefitting from the adoration of the mockumentary format and superb performances from its cast, it’s a very accessible way to enjoy vampire lore – which the show makes central to the story.

In October, another seemingly more comedic swing will hit the big screen in the form of Slayers – here, an evil vampire traps a bunch of “superstar influencers”. We were almost treated to the comeback of a classic as well, but Salem’s Lot was pushed back from 9 September to April next year. Written by Gary Dauberman (IT and The Nun), there’s some cautious optimism for the Stephen King adaptation, especially now that vampires of this form are the in-thing again.

Gaming with vampires on the rise

Vampires are often the antagonists or a form of swarming enemies in video games, and to be fair, they make for dark and poignant villains for just about any character to be forced to face. As soon as there’s a vampire about, you know that you’re in for dark, slow-moving, creepy scenes with the potential for jump scares. Equally, aside from the thralls, you know that the main vampires are going to be as powerful as they are cunning.

In gaming, one name reigns supreme: Vampire: The Masquerade. Bloodlines, released in 2004, is such a legendary game that the hint of news for a sequel gets gamers buzzing. In recent years, though, the gaming arm of the World of Darkness has still fed some other entries. This year, we got the battle royale game Bloodhunt as well as the dialogue-heavy RPG Swansong. While not the sequels being craved, they’ve delivered on vampire thrills and expanded the universe’s gaming scene.

Most notably, while new vampire games have been fairly regular occurrences for the platforms, an old classic has swiftly risen to the top once again, with its vampiric theme and popular mechanics pulling it above newer releases. Featuring on this month’s top casinos with the highest payout at 96.30 per cent, Blood Suckers is trending once again. Originally released in 2013, its presence in the popular section for its mechanics is like it’s a new release for millions of slot machine fans.

On consoles and PC, there’s already been a big hit vampire game, and there’s another on the way with a great amount of potential. V Rising puts you in the cape of a fledgling vampire and already boasts an 88 per cent very positive score on Steam from over 40,000 reviews. On the way, Evil West will launch on 22 November, has already gone Gold, and will have you hunting vampires in the Old West. You’ll get some cool tech to take on the armies of darkness, but will need your wits about you to face their many bizarre forms.

Vampire: The Masquerade – Bloodlines 2 was set for a 2022 release following 2020 and 2021 delays, but there’s been little more than radio silence for months. Still, this year has featured the rise of the vampire on all screens, and there’s even more vampiric goodness on the way before the year concludes.