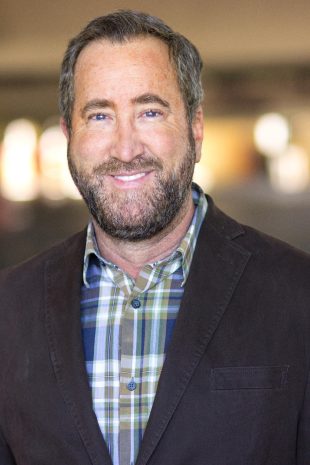 How did you get attached to RED PILL?
Tonya Pinkins reached out to me with the script and offered me the role. I’ve known Tonya for many years and I’ve truly been blessed by our friendship, and our daughters grew up as best friends.

Tell us a little bit about your character?
My character of Nick is kind of a wild card who speaks his mind without much of a filter. He’s one of the six political activists who come to this town in hopes of making a change, but his outlandish sense of humor sometimes gets in the way.

How was it working with the director, Tonya Pinkins?
Working with Tonya Pinkins was amazing in every sense of the word. Watching her create this film scene by scene, and juggling all of the challenges that arose due to being outdoors, last-minute mechanical issues, and the time constraints were inspiring to me.

What was your favorite scene?
It’s awful to say… but it’s the scene that I am in towards the end of the movie… I can’t reveal anymore because that would be giving away a shocking surprise! 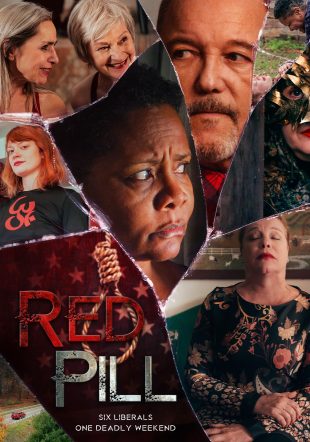 What was the most difficult aspect to making this film?
Dealing with the topics of systemic racism, white privilege, political corruption, and bringing attention to the people that don’t want to pay attention to it. It was important to all of us to make sure that we were being true to the script, giving the Director what she needed from us, and having it done in a way to make a positive impact….in a horror film!

What makes this film stand out?
The film stands out because it’s a horror film for adults who are forced to think about the ugly parts of the world today, as you will see in the film, the scariest things in life are not necessarily an ax murderer chasing you through the woods… It’s the people you think you know, and you don’t really know them at all, and what they are capable of doing.

Do you have any favorite horror films?
The Shining, The Exorcist, the original Halloween, Get Out, Psycho, Alien, Jaws, the original Saw, the Silence of the Lambs, the Birds

What made you want to get into acting?
I’ve always been the person that would watch shows like Happy Days and Laverne and Shirley growing up, and then do imitations of those characters. I drove my parents crazy!
In high school, I was part of the masque club, but as the stage manager because I realized somehow early on that I needed to know the technical aspects before I could actually perform. I focused on shows that I could identify with as a character actor like Hill Street Blues and realized that there was a place for me if I worked hard and trained. My parents encouraged me to get a bachelor’s degree in psychology first… And then pursue my acting career.

Who inspires your creativity?
Everyone I meet inspires my creativity in one form or another at this point in my life. Living in Los Angeles, I have the opportunity to go out and support other artists in their plays, stand-up comedy shows, film screenings, etc. so I am constantly being inspired by what other artists do and how they do it.

What’s next for you?
I went back to school for my MFA in TV/film/scriptwriting and if all goes well I will be graduating this summer. In the meantime, I’m still coaching actors via Zoom and teaching at several performing arts schools in Los Angeles and doing lots of self-tape auditions waiting to see what job I book next.