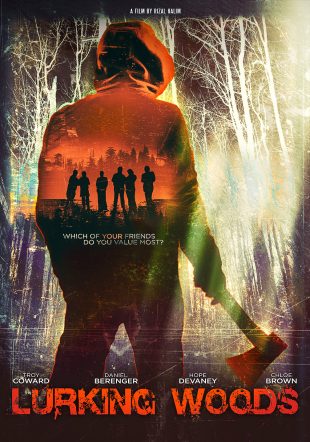 It has always been my passion since my younger days. Maybe I watched too much movies when I was a kid. During those days I would imagined myself playing the characters. Fast forward, growing up, I realised that I couldn’t be the character in real life unless I created it in my very own movie.

What was your favorite day on the set of LURKING WOODS and why?

Honestly, everyday was my favourite day because we all had loads of fun on set. I treated everyone like my family. I would say the BEST of my favourite days was the final day when I yelled IT’S A WRAP!!!

Apart from all the stabbing scenes and finale, the scene I enjoyed directing would be when Gazza and Sheila were introduced to the audience with their eccentric characters because that scene has some element of sarcasms and humour.

What is the biggest obstacle you faced while making LURKING WOODS?

The biggest obstacle would be the time allocation due to strict schedule of everyone. By hook or by crook, the movie needed to be completed in 9 days with 8 hours filming daily. It even became more challenging when there were heavy rain for 2 days. I was lucky to have all the talented and hardworking casts and crews in this production that made all possible throughout 9 days.

What was your proudest moment during production of LURKING WOODS?

Apart from being able to shoot a feature film in mere 9 days, it would be the moment when watching the audience reactions in the cinema hall screaming towards the killing and stabbing scenes and some even jumping off their seats.

How do you get a film to stand out in the crowd in today’s independent film landscape?

It’s very subjective. There are few factors we got to look into. Firstly, the storyline must be outstanding and could not be predicted by the audience on what’s going to happen next. Secondly, the acting must be as natural as it can be. Not over acting. One must understands, screen acting is not the same as stage acting. The cinematography itself should be able to tell the story by only watching the shots, not only by dialogues delivered by the actors. If your films have some visual effects, make sure they are as real as possible.

What knowledge did you take away from directing LURKING WOODS?

Making horror movie that gives impact to mass audience is never easy. It needs talent, patience and a lot of practice. You also gain a bit of film making knowledge in making experiment films.

Robert Rodriguez… Only thing is that I am not as crazy as he is, putting himself at risk as human guinea pig to get money to make own film.

I love Alien. A sci-fi horror which no one would think to do those days and the movie is still watchable till now.

Definitely like other filmmakers around the world. My goal and final step would be Hollywood. 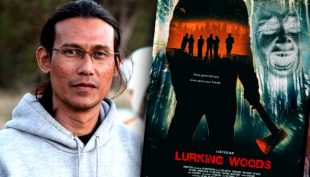