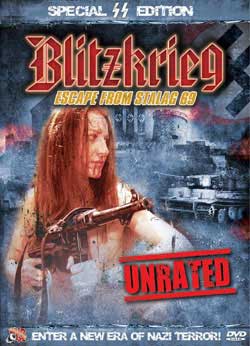 I need to say I am building a shrine to Tatyana Kott (Natasha) who is my hero. I Have always had a fetish for naked women in boots but having rarely seen any good examples of this anywhere but out of nowhere Tatyana dressed in high boots, and an amazing body runs through the woods screaming shooting Nazis with a machine gun. Truly I am in love, lust and anywhere in between. Just doing a scene like this takes balls of steel and Tatyana has them. I am a sudden fan, and hope I get to work with her. I am not sure how they talked you into doing this scene, but god you were great. It is wrong to fall in love and lust with someone I have never met but I am. One star goes for her scene alone. 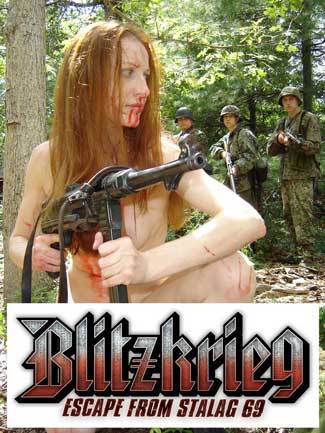 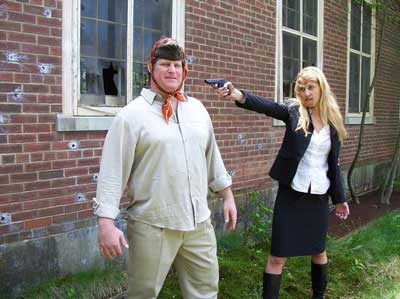 Otherwise I am looking at this movie with my “what the hell” glasses on. The movie is a confession told to a priest who has a secret himself but its not a story most of us want to sit through. Maybe with a few beers and friends over you can make it a fun time. I found it hard watching. It’s not realistic gory enough for the gore hound, and its not funny enough for a comedy. Most scenes appear to have had a general idea and then are adlibbed and go in no real direction. The film has some lovely naked women, full frontal and a even two men full frontal but doesn’t manage to be sexy. I am left with the question of is how the hell did they get all these people to show everything for this movie?

Think of this movie as being a cross between “Hogan’s Heroes” and torture p*rn. Some of the makeup effects are well done but others are so badly done you wonder if it was strangely planned that way. There are two castration scenes and one works pretty well, the other not so much. The torture of Natasha’s finger is pretty effective. It is all very hit or miss. Every accent is badly done and almost every stereotype is shown. Why one of the German’s have a Jewish mother I don’t know and why one of the women POW is Scottish is your guess as well as mine. The Japanese official has Japanese music piped in for his scenes with gong and all. The two main Nazis are gay of course There is a stripper do does a dance number and song for the Nazis. And the characters talk talk and than talk more. Do they have to keep talking? 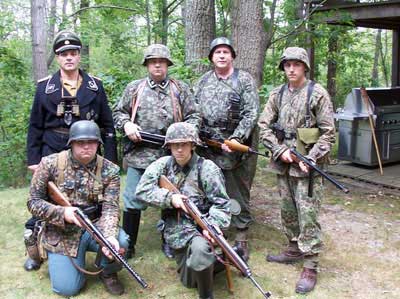 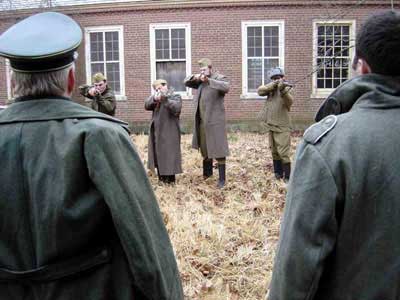 What I liked about the movie:
* Tatyana Kott, sigh. Just sigh.

* The castration scene in the bath tub was pretty painful in the right way. Any male watching would cross their legs suddenly. I mean ouch!!!

*There are some very attractive women in this film.

* I am not sure why but some of the actors and actresses give their all to this movie. You have to respect that.

What I didn’t like about the movie:
*A prison of war camp with paneling?? I know we are trying to be somewhat funny but paneling? I mean try to at least have some locations that look like something like what they should.

*I could turn off the sound have no trouble following the movie.
The dialogue all sounds adlibbed. 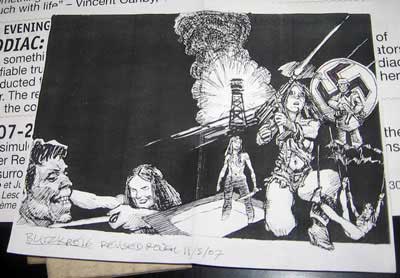 *Decide what kind of movie you are making, if it is serious be serious, if its funny be funny.

Honestly I love low budget movies that fight against the odds but I can’t give this movie the thumbs up. The camera work is not bad, the sound is spotty. The digital effects aren’t too bad but they are over used. One and half stars. Tatyana Kott is worth one star herself. This sort of movie keeps me aware at night but at least you don’t have to. Fast forward through the rest of the movie and watch Tatyana. I need more than a few beers. 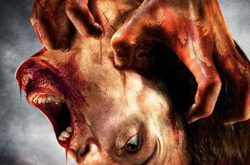