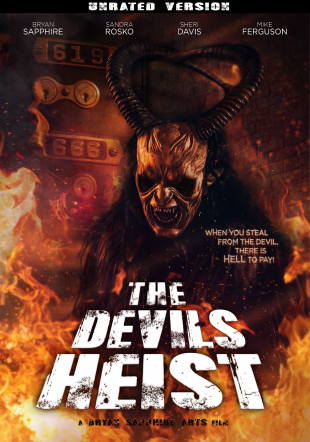 THE DEVILS HEIST new trailer has arrived and it will scare the hell out of you! When you steal from the devil, there is hell to pay! The new film from Midnight Releasing is directed by Fernando Acevedo with stars Bryan Sapphire, Sandra Rosko, Sheri Davis, and Mike Ferguson.

SYNOPSIS: After being released from prison, Ted and his associates rob Coven National Bank, later to find out it is owned by Lucifer and the employees are witches.