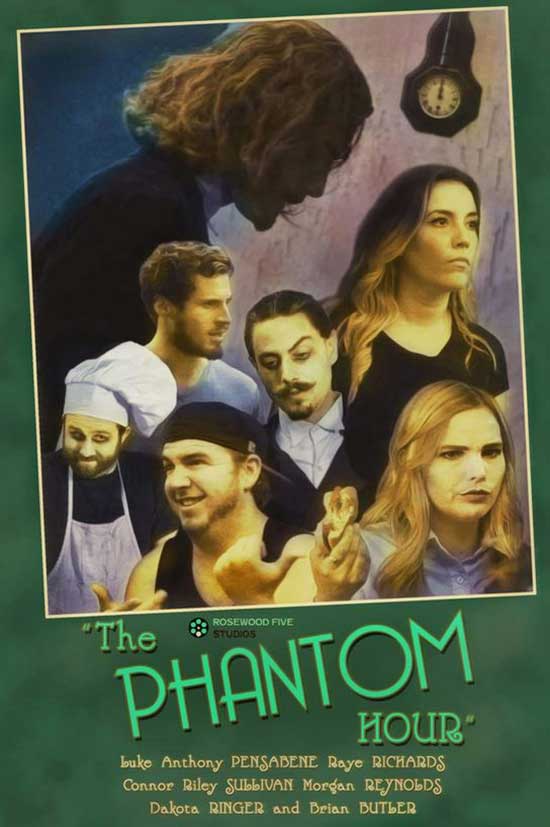 A vampire’s deadly plan for his guests is jeopardized when his dimwitted servant ruins their dinner.

More short fims, kiddies! Today we have THE PHANTOM HOUR, written and directed by Brian Butler. This film was awarded an honorable mention at The International Horror Hotel in 2017.

Four strangers meet in a gothic mansion, each for different reasons.  But instead of getting what they came for and leaving,  they are greeted by their host Nikolai (Luke Anthony Pensabene) who offers them a formal meal.

Seems there is a difference of opinion on the matter with the chef Bryce (played by Mr. Butler), most of which plays off screen. But  in the end, dinner is served. The guests don’t quite understand why dinner is served, as dinner is not what any of them came for. 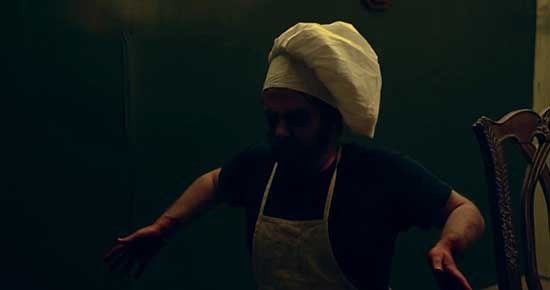 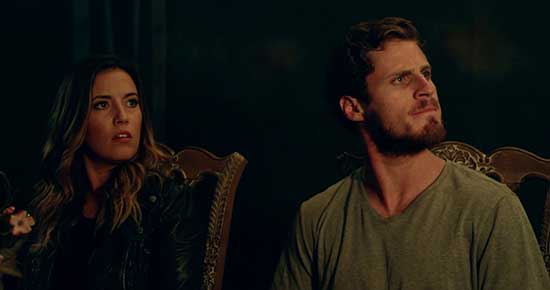 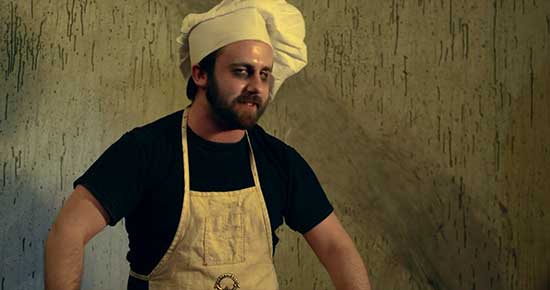 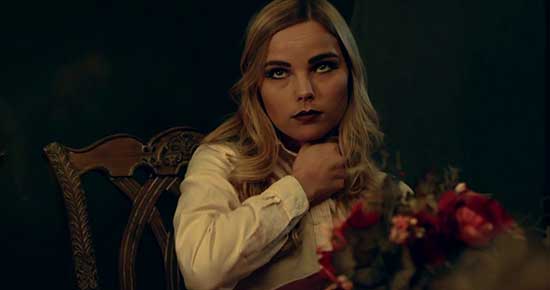 Things take a turn for the horrific very quickly and the guests soon realize there is something far more sinister afoot in this creepy house.

This fim is a short comedic play on the likes of films such as CLUE, MURDER BY DEATH, and other such classics. All the action takes place in a single room. There are limited special effects, but what there is plays perfectly within the boundaries of those parameters.

All of the cast have fairly extensive credits to their names, which leads me to believe this film was made just for yuks. Clearly, they had a lot of fun making it.

With a runtime of about 8 minutes,  it does everything it needs to do in a very short time.  I don’t want to give anything away, but its funny and defintely worth the time to watch.