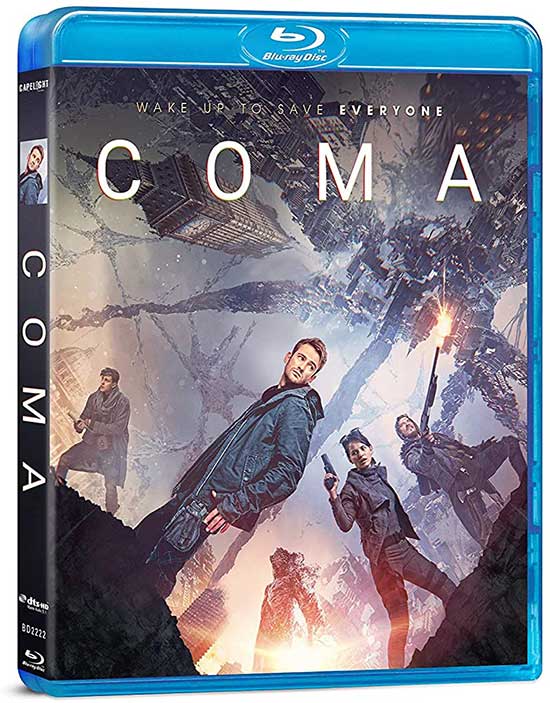 After a mysterious accident a young architect comes back to his senses in a very odd world. He must find out the exact laws and regulations of it as he fights for his life and keeps on looking for the exit to the real world.

Reapers strange worlds, fantasy realms, and a heavy coating of Mad max-like apocalyptic living, you’ve got yourself a helping of the Russian action, adventure fantasy epic called Coma (aka Koma). It’s probably the most unique film I’ve seen in awhile and yet somehow it felt like “Dr. Strange”,”Inception“, “Harry Potter” and a few other films came together into a new mash up of sorts. Though in all respect, I stand by the statement that Coma is a unique and original concept taking the element of being in a coma” to a whole new level. 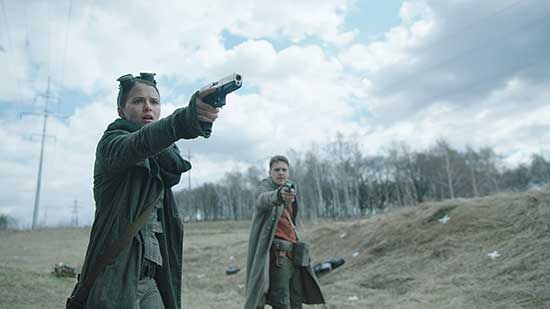 Now you can’t really say it’s a spoiler since the title of the film is titled “Coma” (in addition to the rather exceptional trailers they’ve been showing). The idea here is that when people go into coma’s they actually reside inside their mind within a common place, a world that is filled with scenes from memories and yet is in a constant state of change and deterioration. The environment is not one person’s perspective but rather all the occupants perspective intertwined.

With that said, time works different here with many of the occupants now part of various groups and combat teams. Some areas take on 2 different views while others are upside down, sideways and twisted making for a rather stunning visual dispatch of CGI effects constantly providing foundation to the background. You might say that gravity, time, and structure work differently here.

Our main stars here consist of Viktor / The Architect (Rinal Mukhametov) (a new resident to the coma zone) and Anton Pampushnyy, who plays the role of group leader Phantom. Phantom shows Victor the ropes while revealing the complexities of this new reality he is in. As it is stated, once you leave your coma you are back in the real work occupying your body. Until then you are part of the evolution of this uniquely fantastic new word. The 2 of them are part of a group consisting of characters: Yan, Gnom, Tank, Fly, Spirit, Kabel and Astronomer. Viktor is a suffered genius architect who’s ideas were shunned in the real world as not being practical.

As the occupants of coma work, battle, and protect what they have, they are constantly under the threat of what they call: “Reapers”. Reapers are dark entities that are constantly consuming the world and occupants they get close enough to. They are described as the result of the body fighting with the fact that it is under coma while the subconscious tries to return to the living. 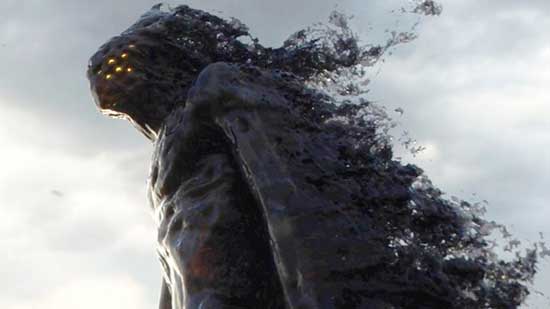 Coma is rather odd, but yet cool in its own interpretation.

Through the entire film we are submerged into an FX-based alter reality. Like the Matrix, there is always a parent reality that overshadows all however “coma” does a great job getting to that particular realization. The action here is kept fun and thrilling per use of wire harness jump shots and CGI tricks combined with a pretty cool science fiction experience. I love the fact that this aspect of the mind and it potential is explored. So much that it offers up that basic questioning of …”is your prime reality really the one you want to live in? 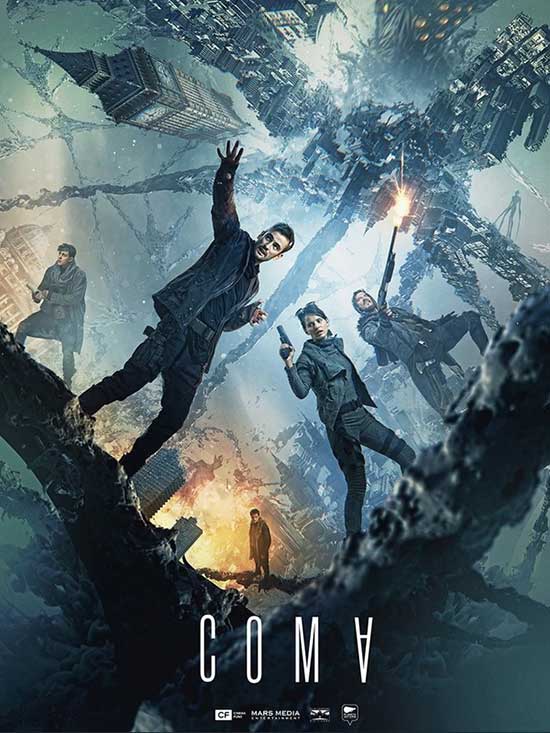 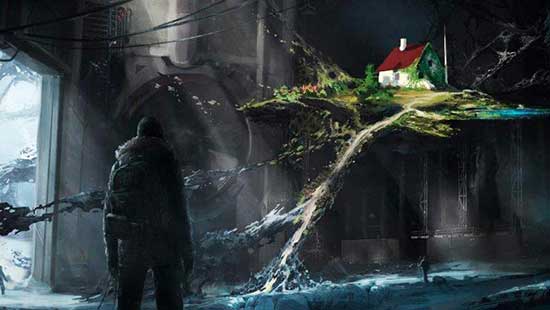 Russian fantasy films are unique and oftenly quite odd, while still refreshing in concept and effects work.
In fact, the FX work is so impressive I wondered why this film never made it to theatres. Then again I have seen some very impressive work come from Russia that also went straight to digital.

Director Nikita Argunov was also involved in the heavily FX driven film “Guardians (2017)”. Though that film didn’t fair well by critics, it still is arguably visually stunning. Such in the same, Coma carries that visual tradition to an all new impressive level (make sure to check out the trailer for s sneak peek!) 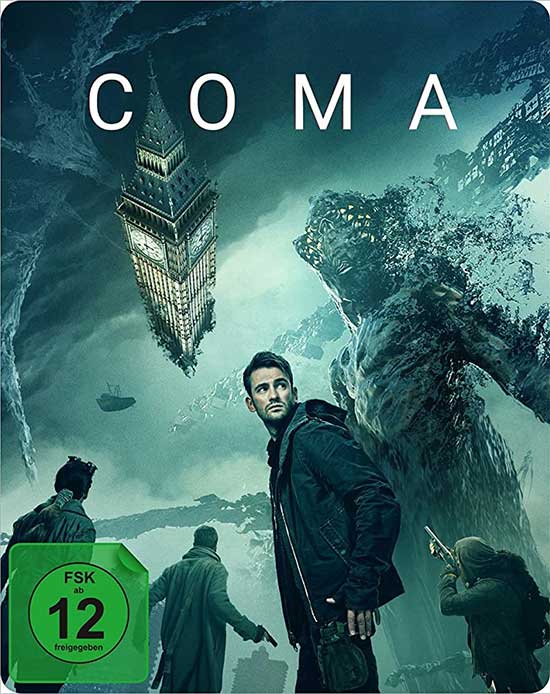 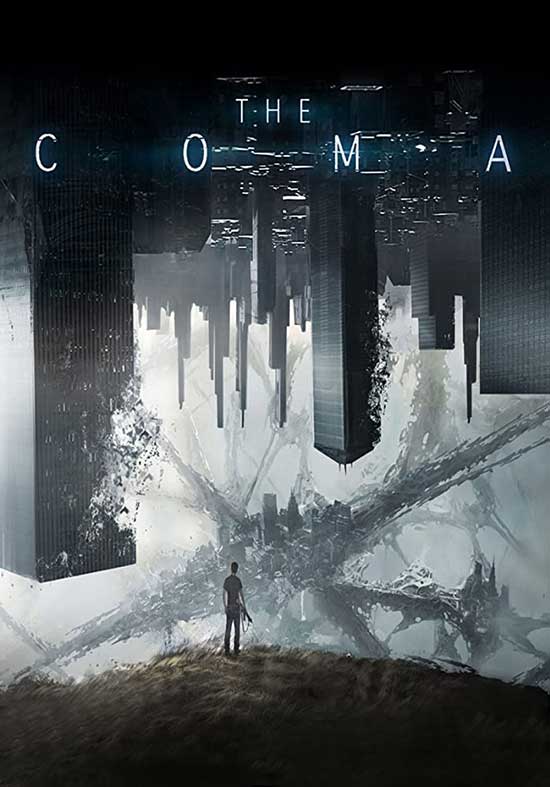 Coma is a “must see” and one own especially if you are fans of some of the before mentioned films like “Inception”. The team here did a great job at showing us that Russian films are ones to keep an eye on when anticipating stellar science fiction pieces.