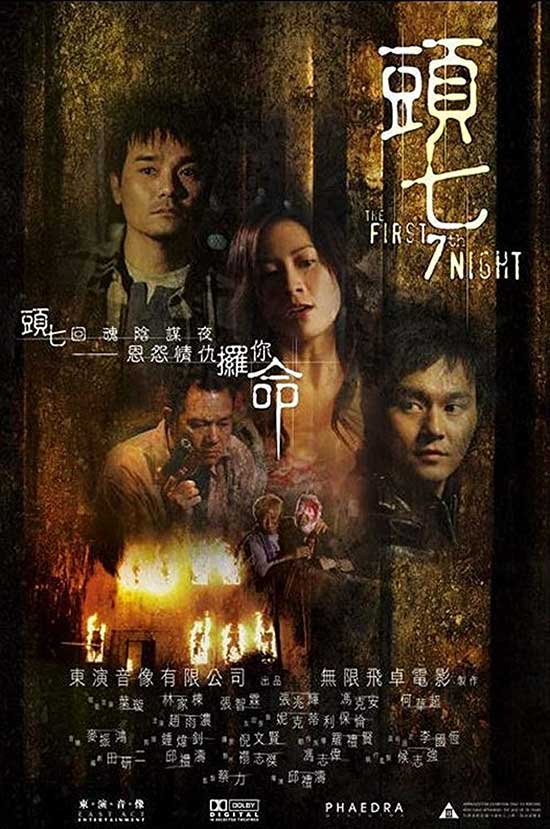 A helpless Taxi driver, a mysterious delivery boy, a 30 years abandoned motel, a touching past, all come together to form a strange tale. One day, a strange passenger Xiao Ma hires a taxi driver named Map King, paying him a huge sum of money to take him to an abandoned old motel. The Chun Lei Motel was mysteriously burnt 30 years before, and has been abandoned since. Very few people remember that the hotel ever existed and no one ever speaks of it. To Xiao Mas’ surprise, the taxi driver actually knows the way to the motel.

Ah Fang, was the owner of the motel. She had lived peacefully in the motel with her young son and husband. Seven days after the unfortunate death of her beloved husband, four thieves visited her motel. By the end of that evening, the motel was in flames and everyone involved had vanished. Thirty years after that fateful night, Xiao Ma and the taxi driver reach the motel.

What actually happened to the motel? Whats the reason behind the fire? What strange things happened on and after the seventh day of Ah Fangs husbands death?

Herman Yau, another jack-of-all-trades of Hong Kong cinema, is man who over his extensive career has dabbled with all kinds of genres. Drama, romance, comedy, action, Yau has done it all. In the horror community he is of course best known for his work in the sinister world of category III cinema and most viewers will probably remember him from films such as The Untold story (1993) and Ebola Syndrome (1996). The rather weirdly titled The First 7th Night (in all fairness, it refers to a ritual performed in the film, but still makes for a terrible title) is indeed also in this infamous category,  but instead of horrific feast of blood and general nastiness, Yau delivers a very measured thriller with supernatural undertones and a mournful atmosphere. 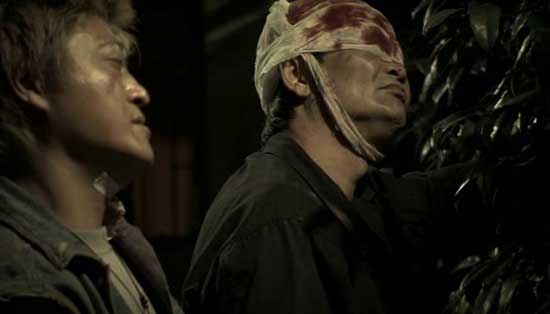 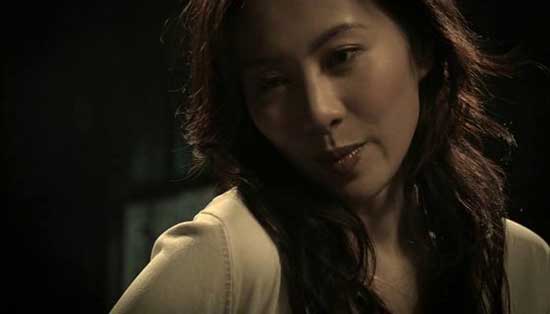 In the centre of the story is a lonely taxi driver Mapking (Ka Tung Lam). On one particularly quiet night his colleague contacts him about a client (Julian Cheung) who wishes to go to a remote village some distance away. Normally any cabby would jump at the chance of such fare, but as he is not sure about the location of the village and does not wish to drive around looking for it, he kindly offers the job to Mapking. As luck would have it Mapking happens to be just the man for the job, as he has visited the isolated community sometime in his past and should therefore know the way. 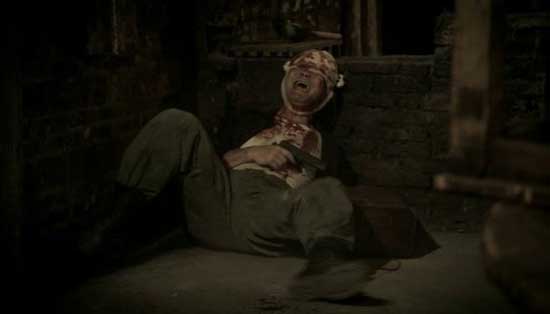 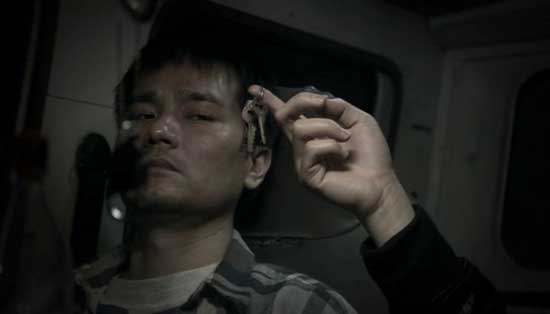 So, after some haggling over the fare, the two men set out toward the mysterious “Sun and Moon” Village. This is no ordinary taxi ride though, as the customer, simply named Pony, doesn’t want to travel in Mapking’s car but rather have him lead the way while he follows in his truck, containing an unknown cargo within it.  Along the way the two get to talking via the car radios and Pony asks Mapking about a local restaurant and whether it’s still in business. After learning the place burned down some years earlier, he continues to interrogate Mapaking about the exact circumstances that lead to the restaurant’s closure.  In response he is given a weird tale of robbers, murder, rape and ghostly encounters, all of which seem to somehow link to Mapking’s past.  Who is he really, how is he connected to the restaurant and, more importantly, to Pony? 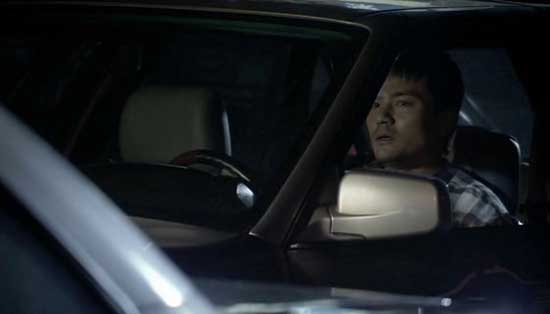 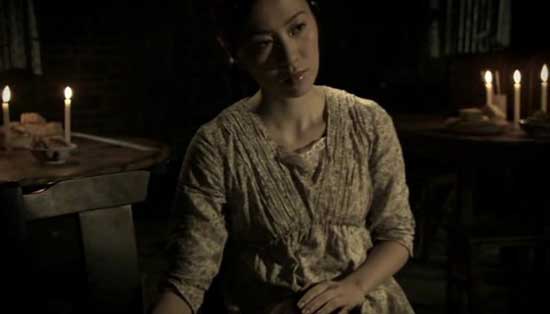 Not wanting to give too much away, I will not go into any more detail, as it would ruin the rest of the film.  The little twist in the story is not really anything ground-breaking as such and most viewers will probably connect the dots before the film hits its big reveal, but still best left for people to find out on their own.

As a mystery story, The First 7th Night works relatively well. While it’s definitely not the greatest thriller ever made, it still manages to draw you in enough to want to see the end conclusion. Much of the intrigue comes from trying to figure out the connection between the different characters and which of the stories told, if any, are actually true. While the film has a somewhat a slow start that might leave one wondering why on earth has it gotten a category III rating, rest assure, the story will get there. It’s not by any means a gore fest, so if your looking for something on the nasty side of CAT III, you’ll need to look elsewhere. However, when bullets start flying, there is fairly substantial bloodshed and some very decent pyrotechnic special effects, some of which make for quite an unpleasant watch and are assumedly the reason behind the film’s rating. There is a slight supernatural element to the story as well, but I feel it could have been handled a little better and more of an effort could have been made to connect it with the rest of the story.  As it stands the whole thing seems quite separate and especially the big reveal in the end just comes across as little silly. 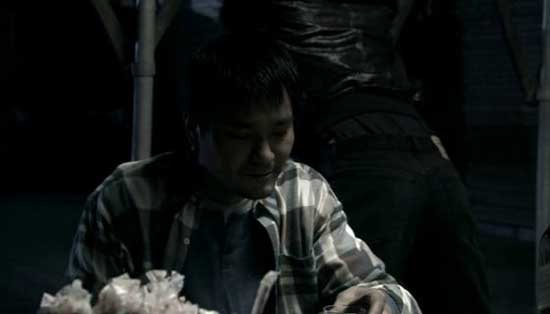 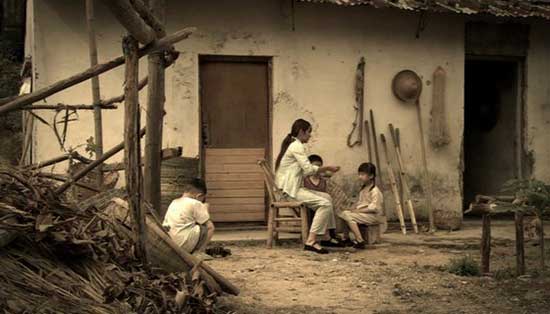 All and all The First 7th Night is a semi decent thriller. It’s not massively original or innovative but does offer a few tense moments and enough of a mystery to keep you hooked. It probably won’t be the best thing you see all year, but certainly won’t be the worst either.