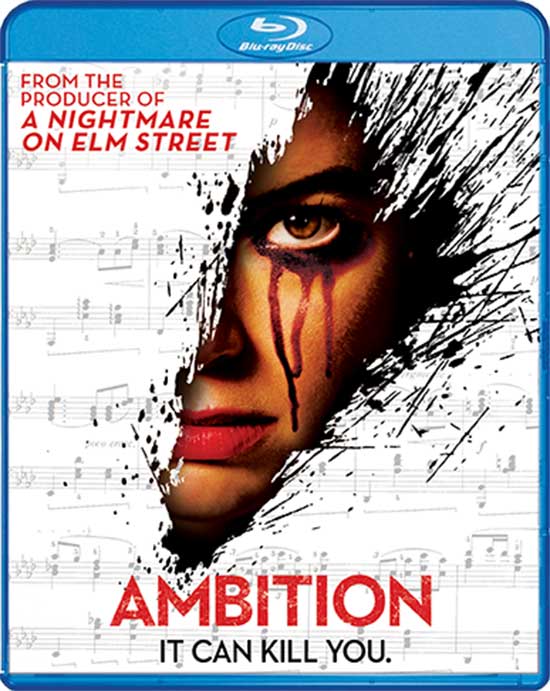 A young aspiring musician preparing for a competition, is incredibly confidant and gets herself involved in a frightening trap that she has to find her way out of. It raises the question: If an insane person is telling a story, is it real?

Robert Shaye is best known for starting New Line Cinema. Probably the greatest thing the man will ever do in his life as that company brought forth so many movies that have created the base from which a large number of modern horror films launch. That doesn’t even touch the “Lord of the Rings” movies as well as a number of strong dramas and well-received comedies. 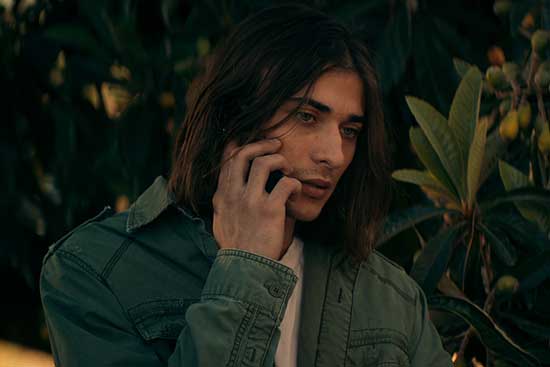 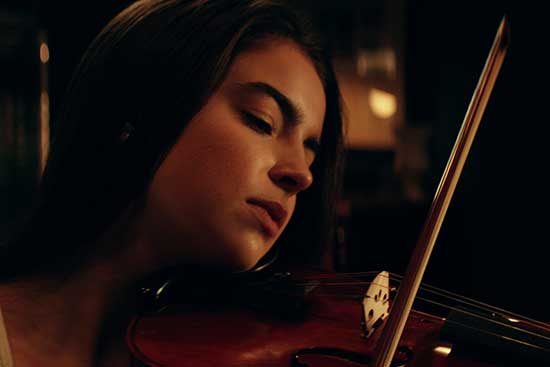 The “Nightmare” films, along with many others, drove the rubber reality trope into the ground so hard that it tends to cause some film fans to roll their eyes in disgust when it is used. Other than sparing use here and there, the trope seemed to have died off with the 90s.

Leave it to Bob Shaye to bring it back. 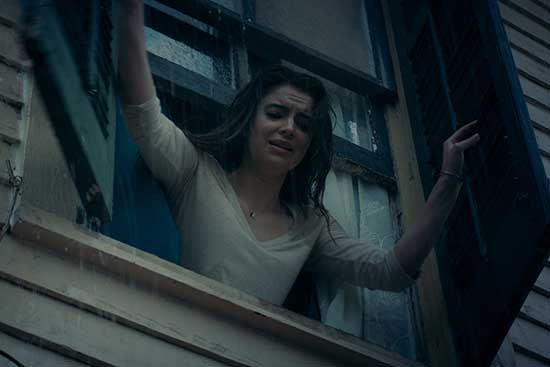 Jude is stressed out. She is trying to find a balance between mental clarity and emotional passion as she works towards auditioning for a prestigious fellowship for violinists. Her instructor pushes her for perfection. Her friends are sympathetic but don’t fully understand the special pressures she is under.

But Jude cannot seem to get Emily Foster out of her mind. Emily Foster was the previous holder of that prized award, yet she either fell, jumped, or was pushed to her death shortly after winning. Is Jude experiencing the same mind-shattering pressure? Can she hold up as her instructor carves up her performances like so much cooked ham?

Meanwhile, Jude is waiting for her boyfriend to visit from his university. When not chatting with him online, she spends time with her two cool roommates while hanging out with their dope-growing neighbor Steve.

Jude continues her turmoil as Steve takes on a new roommate named Dave. Dave is from England and tries his best to charm his way into the circle of friends. He seems to be rather interested in Jude. 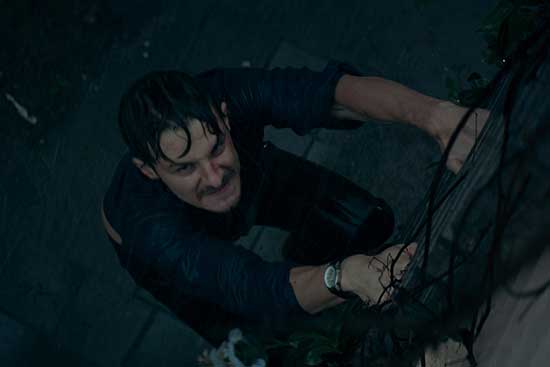 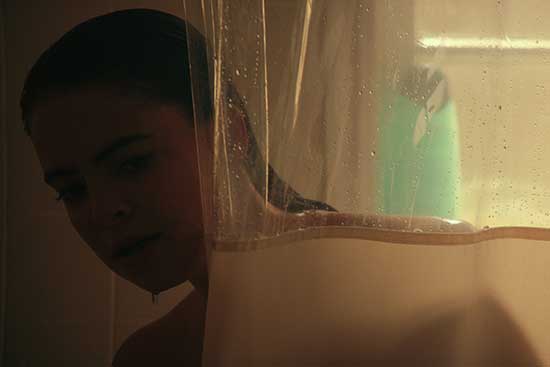 Next, Jude’s boyfriend shows up early to surprise her. Oh, she is definitely surprised when she finds him banging one of her roommates. Add a bitter breakup to her growing list of issues.

Maybe giving Dave a bit of her attention will allow her to get over the hurt of a breakup. Yet she is constantly bringing up Emily Foster and is even seeing a twisted, haggard, street person who looks like Emily’s demented twin who verbally abuses her and invades Jude’s dreams.

During a dinner date with Dave, stoner Steve inserts himself into the date. He attempts to warn Jude that Dave is not the person he presents himself to be. The two roommates argue. Dave leaves. After arguing with Steve, Jude also leaves, but decides to check Dave’s room as Steve suggested. She finds evidence that Dave has been stalking her, and that he may even have a connection to Emily Foster. 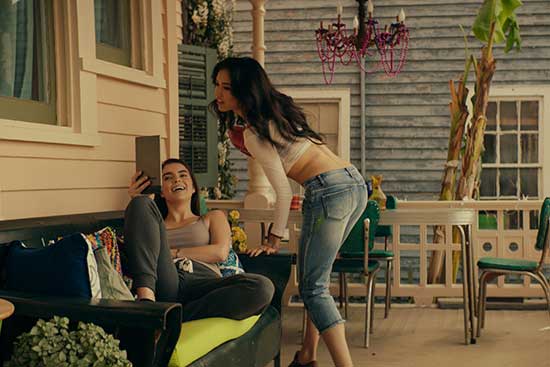 When she attempts to tell Steve what she found, Jude finds him dead. It seems Dave is now actively attempting to eliminate her, and she must escape.

Explaining the plot further will spoil the end. Unfortunately for “Ambition”, the rubber reality negates the bulk of the film while leaving the viewer wondering why the film was made. Even with a double “twist”, one must face the fact that “Ambition” has fallen into the rubber reality room and does not give enough reality markers to make the film work.

Films like “Memento” are similar to a puzzle box; you are given some indication of the right order, but you have to follow the puzzle’s own internal logic to figure it out. “Ambition” starts falling apart shortly after the viewer figures out the first twist, which fuels the second “twist”. As the film’s presentation of reality starts to warp and alter, the viewer needs a few anchors of reality from which to analyze the events of the film. There is only one scene, of Dave taking photos of Jude’s window, that is real, and it negates the rest of the film, unless the writers want to claim rubber reality from the beginning. If that is the case, the entire script is a hollow waste of time, and it ruins the film. 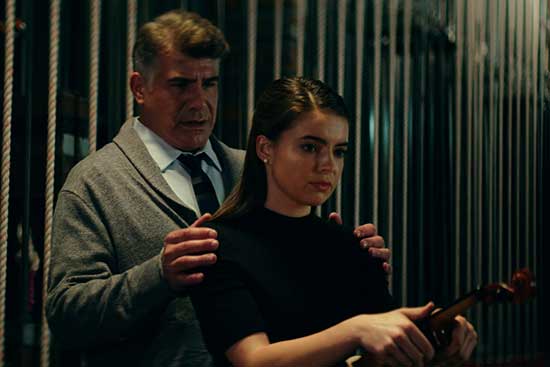 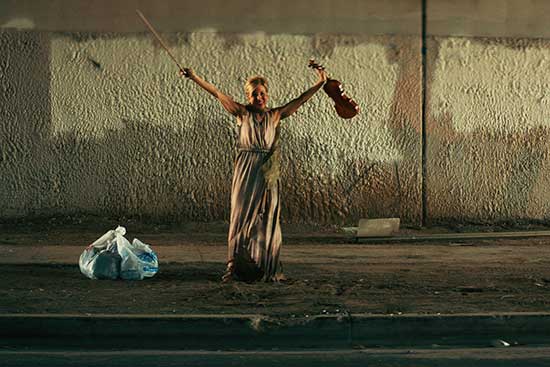 Shaye’s direction is adequate, and I have to thank him for avoiding jump scares; one crippling trope is enough. The performances are one of the upsides in the film. Nothing award-winning, but believable for the most part. The young cast even manages the pretentious dialogue well enough that cringing isn’t called for, though a reference to “Nightmare on Elm St. 2” does fall flat as an homage to Shaye.

A few missed story opportunities that the script openly hints at could have salvaged the film, but “Ambition” stands as a curious failure that may win you over or piss you off.

Ambition is now on blu ray per shout Factory