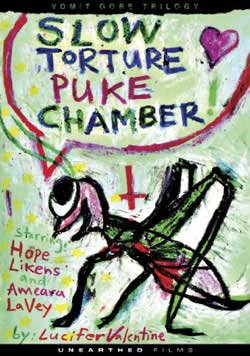 Insane, sadistic director Lucifer Valentine completes his Vomit Gore Trilogy with Slow Torture Puke Chamber!, the final chapter in the continuing “adventures” of Angela, the teen runaway who’s been subjected to some of the most graphic and horrifying tortures we’ve ever seen put to video in the first two installments. Again, Valentine uses horrifying tortures, excessive vomiting, excessive bloodletting and excessive nudity (often combined all together) to make some social critique and some spiritual observations… none of which will get through to you as you try to hide your eyes, resist the urge to vomit and, maybe, play with yourself a little. If you’re a little bit squeamish, easily offended or anything like that, don’t watch this movie – you will run from the room screaming and crying in no time.

What can you say about “Slow Torture Puke Chamber“? One revealing note is that the title is so disgusting in itself, most wont get past that alone. Then again, others might run to it who enjoy over the top extremes. Extreme filmmaking has almost become a sort of genre within itself. It’s the ugly stepchild of the horror genre, the kind they like to toss in front of us as the evil influence of society when the hammer comes down. With that said, this creation is another abomination of creator Lucifer Valentine. In fact the 3rd in the trilogy. To save you a moment of jumping in, all 3 films are disgusting, in bad taste include p*rn, horror p*rn, bloody pissing, pissing in a cup , self urination, gore, extreme violence, lesbianism, sex, masturbation and gosh…should I really go on. What does sell DVDs and keep the franchise so to speak moving forward is it quickly becomes one of those…”hey, you haven’t seen anything like this before” one up that an acquaintance might have over you just to watch you squirm. Now each film, this one included contains an opener disclaimer both textual and video per the main actress featured. This was a good idea but you still tend to wonder when all is said and done if the “willing” participant really didn’t have a gun held to her head. 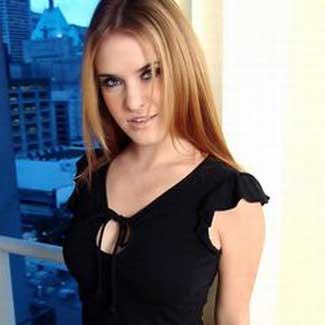 I’m gonna guess not, and go with …..there are some demented people in the world but the kind that will showcase it on video is even more demented than the filmmaker himself. By the end of the film, you’ll feel sorry for at least one if not more actors in the film and wonder really how much money they made on this embarrassing exploitation of extremes. Some films will take the dark content and weave it cleverly into a plot premise, so that when it comes, it is a highpoint in the film. SPTC just starts on 10 and ends on 10 so there isn’t much in the way of dynamics.

After awhile, I started to wonder if this even still qualified as a horror film or just a sick erotica fetish film that likes to gather girls who will urinate on screen. One such volunteer is actress (clear throat…..) Ameara Lavey who I’m told isn’t related to the Satanic founder Anton. Though the relation would probably make more sense than the reality of “not” being. I just can’t see these kind of performances really getting her furthered in the horror genre. The fact is, Ameara is actually a pretty gal but destroys all her inhibitions and exhibitions in a single moment. It’s too bad, as she may have some talent hidden that we may never see. Lucifer Valentine has created his own niche of sort of lord of the debaucheries in his film making. Unfortunately his films are really limited to purchase from select sites rather than ever appearing on a video store shelf. The ones who like his work swear by him and then there is everyone else in the world. 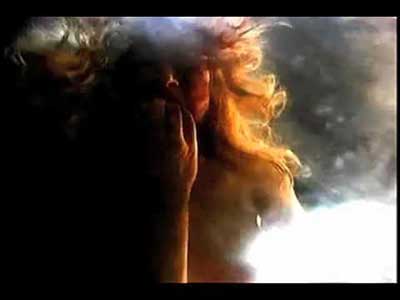 What is a highpoint that is not a stretch is that STPC like his other films has a great sense of editing and at times creative approach to camera work, angles and blending. Take away the horrid content and there is something there, though the horrid content gets in the way and leaves the viewer pretty much at that perspective. The film is hard to describe in itself, it just kind of indulges in sickness, body fluids, blood squirting penises and the topper a pregnant women getting disemboweled with her offspring getting violated. Ya, this is different type of child gore-p*rnography than the famed “Serbian Film”. It’s fake, we get it…by the obvious prop baby doll but it’s meant to tweak your senses. I think that wraps this up beyond the achievment that this isn’t Kansas anymore. Truly a top contender in the sickest film of all time category. 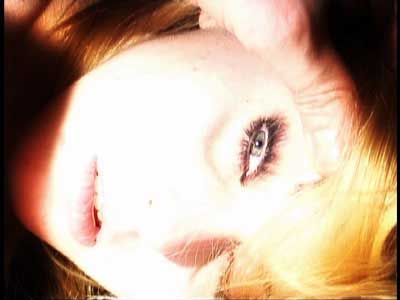 Get all 3 disgusting, sick creations in one blasphemous set – The Vomit Gore Trilogy 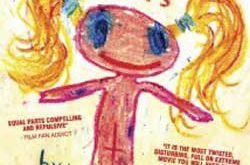 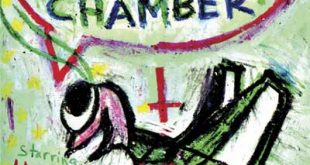 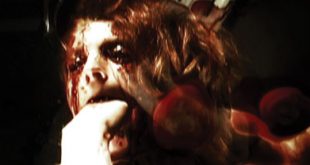