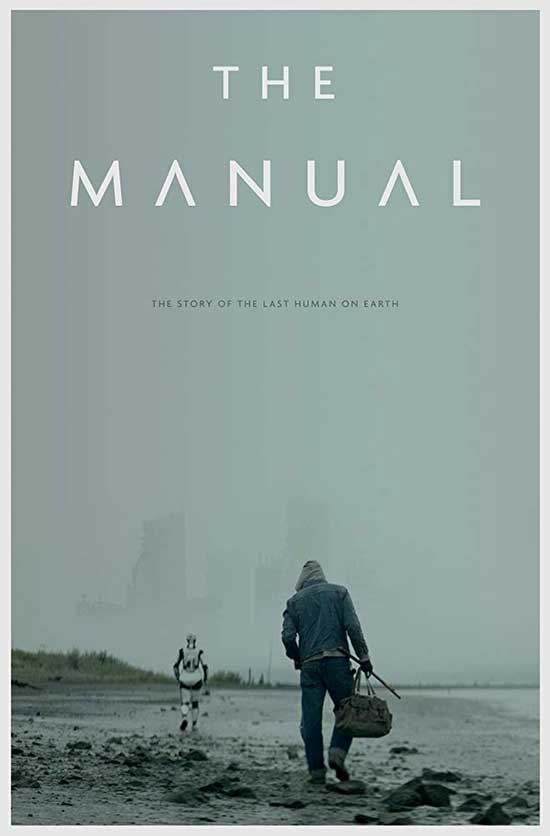 In a dystopian future, the last human is raised by a machine. He struggles with the loneliness of no human interaction and questions the teachings of a mysterious religious ‘Manual’ which the machine claims is holy.

The Manual is a 2018 short film written and directed by William Magness iii. The Manual takes us into a distant post apocalyptic world. James played by J.J. Johnston is the last surviving human. A machine as it is referred to played by Lauren Emery, has taken on the task of raising James from a child in this desolate dystopian earth. The Robot is an intellectual AI that teaches James from a hand held manual that seems to use a modern religion. The manual teaches that humans and machines are equals. The film concentrates of the manual and its teachings.

With a lot of undertones from Phillip K. Dick The Manual does a great job of showing aspects of reality that may not be as they appear. This is a specific element that Phillip K Dick had mastered. William Magness does a great job following in those footsteps. In a world where the last human only has the Ai that raised him to guide him and teach him. James out main character becomes overwhelmed with no other humans to interact with. He searches continuously for signs of life. The Acting by both actors are superb. The post apocalyptic setting is much better than any long running zombie shows have portrayed. The stillness calmness and ghosts of building are both eerie and leave us wanting to see more. The whole plot was meticulously put together and delivers in a fashion that leaves the viewer mind boggled.

The Manual is a rare short film of high quality. deservingly it has one several awards among independent film festivals all over. Anyone that’s into sci fi and wants looking to be entertained I think they will enjoy this. The rate that technology is growing how long can it really be before AI. becomes conscious and at that point will it accept out beliefs and our systems. This film is engaging and relevant. I would love to hear everyone’s thoughts on the ending the plot twist is very interesting. Hope to see more from this very talented Writer and Director.