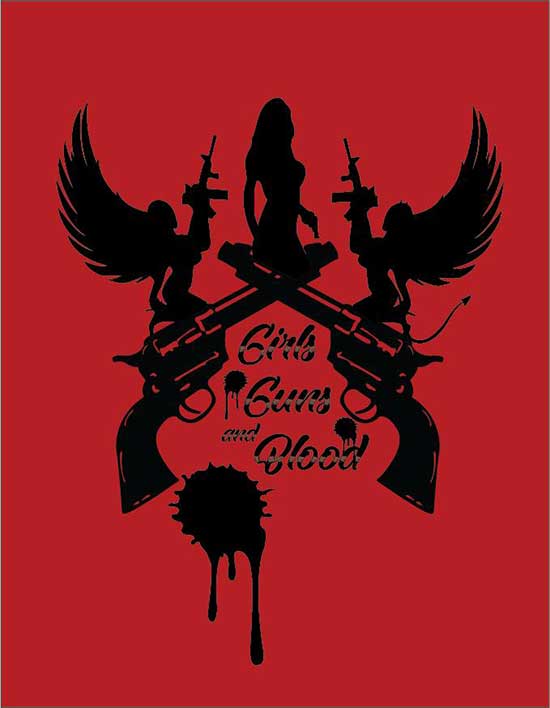 A Sexy Grindhouse/Action/Comedy where a little brothel in Texas gets robbed by a gang of thieves. The ladies are not going to take this laying down and track down the thieves and take them out one by one in both sexual and violent ways.

“Girls Guns and Blood“, a new 2019 release, is all the title says it is. As a fan of femme fatal films and general exploitation releases of past decades, I have a special soft spot for films of this nature. Films like “Cherry Bomb“, “Bitch Slap“, and a nod to “Charlie’s Angels (2000)” sit among my all time favorites that this film emulates.

In the similar vein of creating a film that features lovely ladies serving up healthy doses of whoop ass, we have a new entry to add to this particular segment of the genre.

Director’s Thegin German, Robert Rowland have a blast doing it by adding a combination of campy situations, 80’s heavy metal video segues, slow motion erotica, and all sorts of scenes designed to bring in all under a comedically, action=filled collaboration of good times and hot ladies.

The film centers on a small brothel that resides in an outer area of Texas housing an equally small group of ladies who provide service to those willing to pay the price. The bigger the payout, the more satisfying the options making for a quaint but active business catering to locals and high rollers. 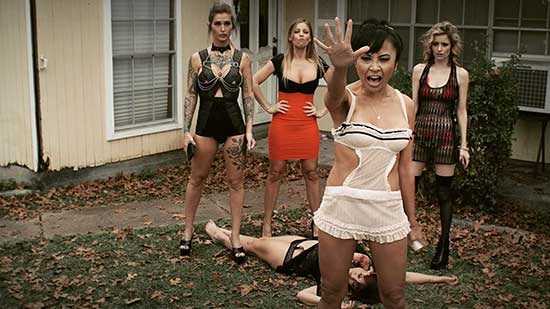 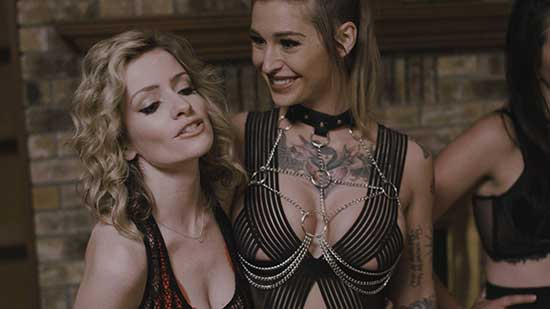 By use of interesting characters and plenty of topless scenes that guide us thru the plotlines, we are instantly acquainted with the group and their special talents. Though no movie of this nature is any fun without upping the ante with gun-toting babes, ignorant criminals, and a vendetta premise that turns the tables on the whole she-bang. 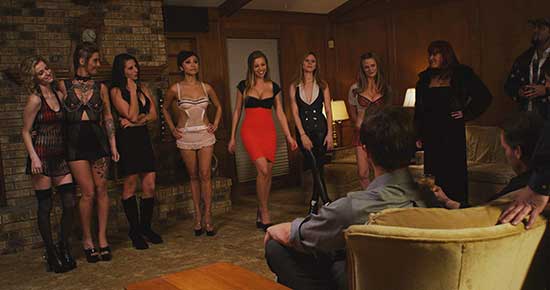 To cut to the chase (so to speak), the criminals attempt to pull a fast one the ladies with a dose of bait and switch. This culminates into a vendetta payback hunt and execute mission to retrieve stolen goods and punish those who dare cross their path. A small collective of them turn the tables by catching the criminals one by one to inflict a bit of sexy payback. Appropriately dressed for the part, the wardrobes worn by the ladies add the extra level of silliness to the revenge mission. A few surprising fighting skills summoned up by the group make for even better enjoyment here. 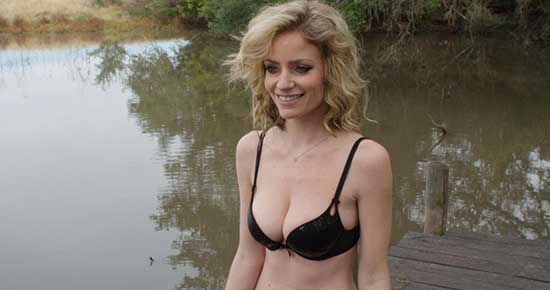 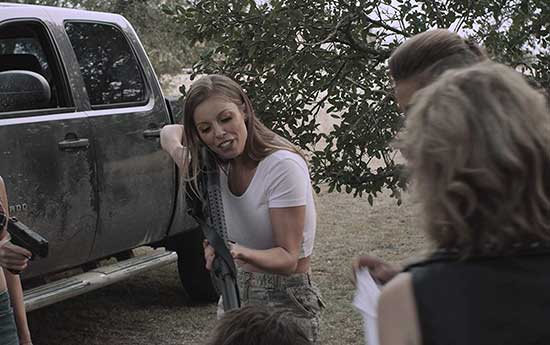 The journey here is kept campy, fun, and loaded with great moments such as when a small group of them band together and pose with guns and weapons in hand. It manages to move between kicking ass and undressing for the audience, to keeping the exploitation aspects of this movie fully loaded.

Special mention here goes to actor Woody Almazan who plays a great character by the name of Kaiser, the local head of operations and who grabs some of the films most comical lines and moments. Even though his parts are limited, they provide perfect interjections between acts. 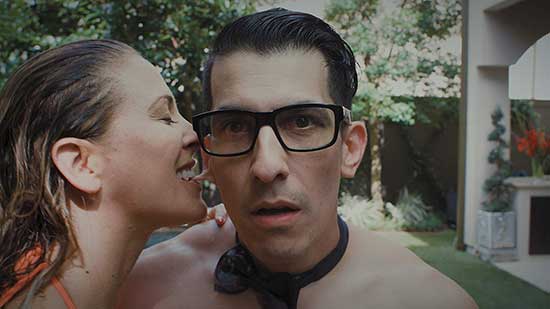 The females actresses of Girls Guns and Blood (2019) run the gamut of previous genre films collectively that easily range from a smattering of great horror, fantasy and dramatic releases. So if you are looking to catch them on a sex-filled more exposed performance then this is your chance!

At the end of the day, this film is exactly what it intended itself to be. It is kept low budget, but interestingly active per way of clever dialog exchanges and moment to moment action scenes. The film never loses site of its focus on showcasing the ladies and manages to keep them interesting and appropriate to the genre this film caters to. 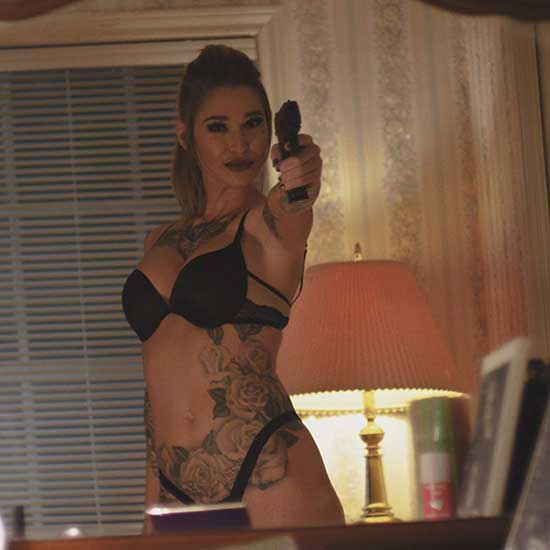 Interested viewers should quickly be able to discern the direction and purpose of this film per its bluntly to-the-point-title. Fans of some of the before mentioned films, will find satisfaction in its simple homage to past like generation films of this nature.