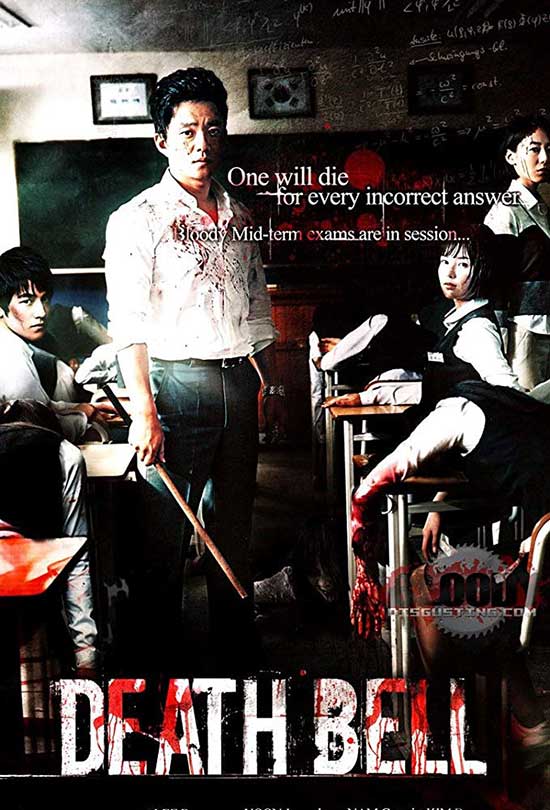 Advanced students who take a special class are being tortured by their class rank.

Directed and co-written by the music video director Chang (Yoon Hong-seung), Death Bell is a South Korean teen horror with a bit of a twist. It combines traditional ghost story with more modern (and graphic) horror elements, creating a lukewarm mixture of two different styles of film. 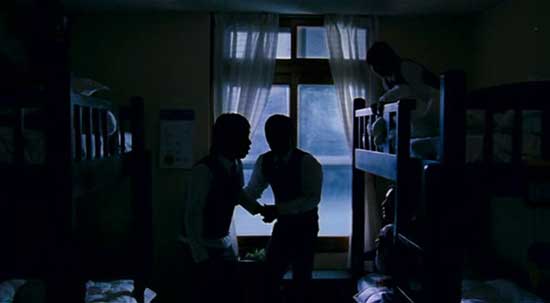 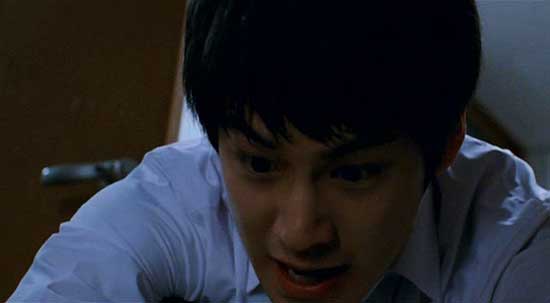 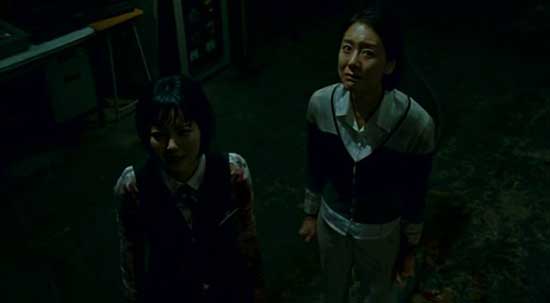 The story is set around an important midterm exam called gosa, which the original title refers to. An elite group of 20 high school students have been picked to participate in a special prep class for the exam, but very soon after getting into their first lesson things start to take a strange turn. The class is interrupted by all the TV’s in the school showing a video footage of one of the students being trapped in a glass tank. 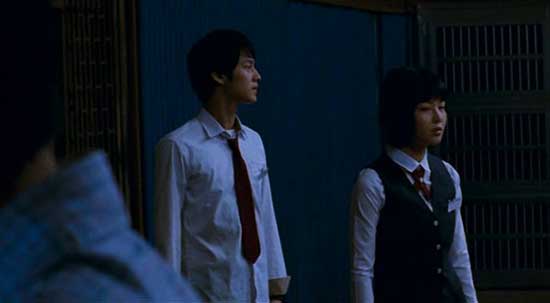 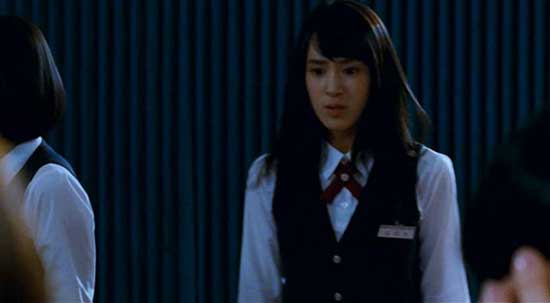 While the tank starts to fill with water, an eerie voice in the PA system announces that he will be posing a series of questions to the class and failure to solve them will lead their kidnapped classmates being killed. He also warns anyone against leaving the school property, as that will also result in death. While the horrified students and staff stand around doing nothing, their friend drowns right in front of their faces, resulting in everyone running out of the building, only to discover one of their teachers beaten to death just outside the main doors.  This of course causes even more panic, but also shows everyone that the madman holding them hostage means business and is sure to keep everyone in line. At least for a little while. 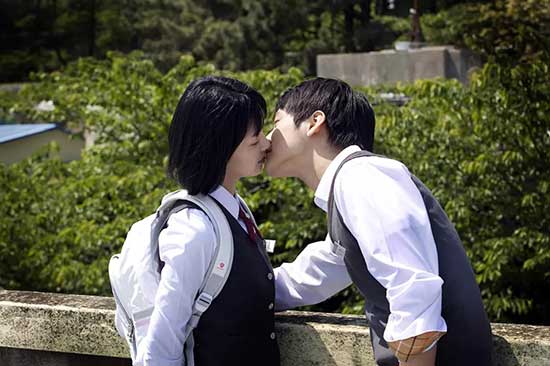 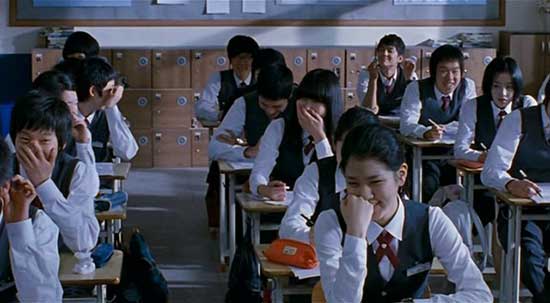 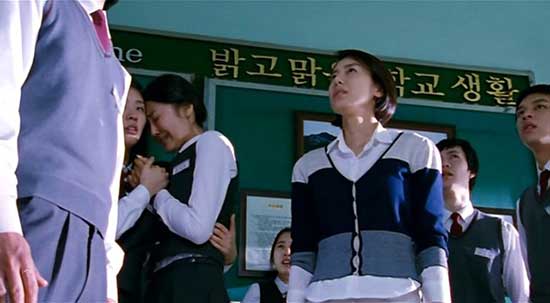 So, what we have is a premise very reminiscent to the Saw movies, but with a slight supernatural twist. As the mystery behind the deadly games unfolds, so does a story of a former classmate who met their untimely death in suspicious circumstances. These two stories, while intertwined, never really come together in a completely satisfactory manner. Mixing murder mystery with the supernatural is a theme quite prevalent in Korean horror and something that Korean writers and directors do very well. However, in the case of Death Bell less could have been more. The introduction of the ghostly elements feels unnecessary and somewhat glued on, almost like it was an abrupt afterthought. The supernatural elements are only referred to briefly and even though they do help to explain the motivation behind the whole ordeal, the film could have easily reached its conclusion without them. 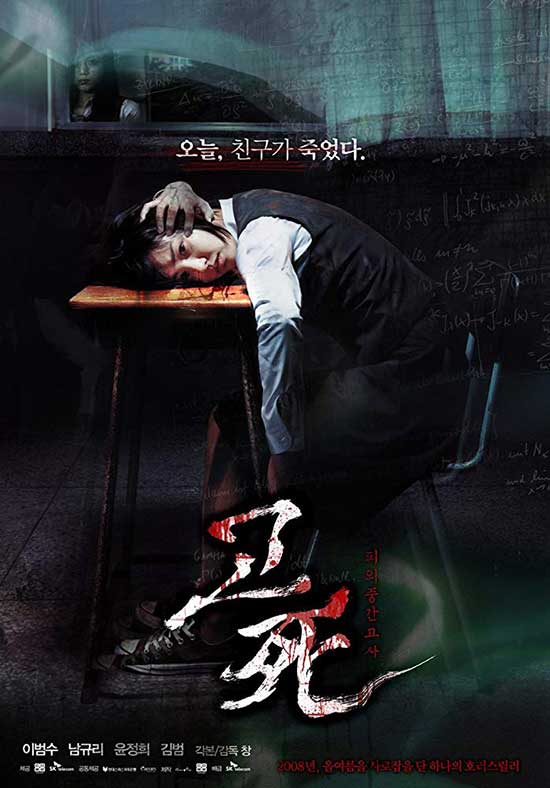 The more enjoyable part of the movie is the enigma behind the mysterious tormentor. Who is he/she and why are they doing what they are doing? The various deaths that occur are imaginative enough to keep you interested and wanting to see what fresh hell is still in store. Where the story falls down slightly are the puzzles themselves. While I’m sure much more understandable for their native audience, some of the clues given and the subsequent conclusions had, are completely lost in translation for the western viewer. In some instances, it seems like the riddle gets solved with a completely random answer that no one had any business knowing, making the whole thing feel even more outlandish than it already is. This of course is not helped by the fact that the killer does not seem to give his victims a very fair chance to save their friends, as pretty much every student who gets kidnapped ends up dead. The end conclusion of the film explains this rather substantial killing rate somewhat, but it doesn’t take a way the fact that this gives the films a distinctly repetitive and predictable feeling. 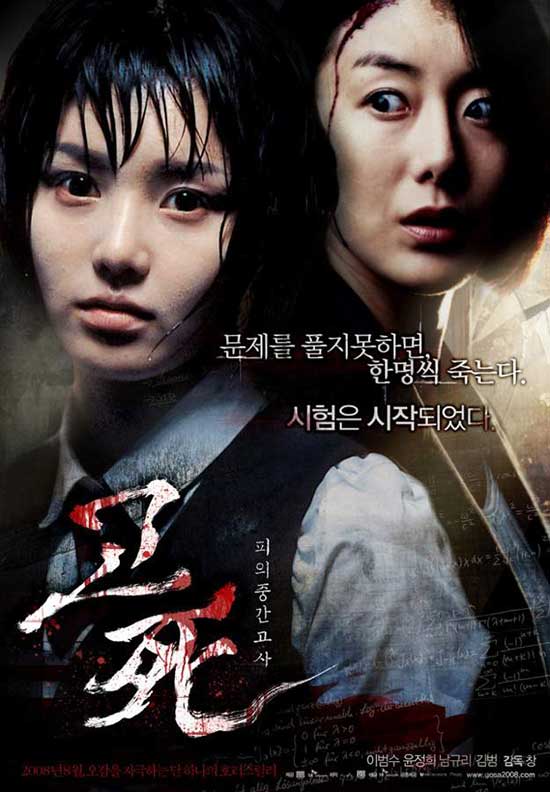 While Death Bell is not without its problems it’s still not a complete waste of time.  It’s managed to keep me fairly entertained for it’s 1h 28 minutes running time. As a representative of the horror genre, it unfortunately offers very few scares, but the mystery elements of the story are just about enough to keep you interested till the very end.  It’s not a film that I would necessarily need to watch again, but could recommend it to someone looking for some light, no-brainer entertainment.