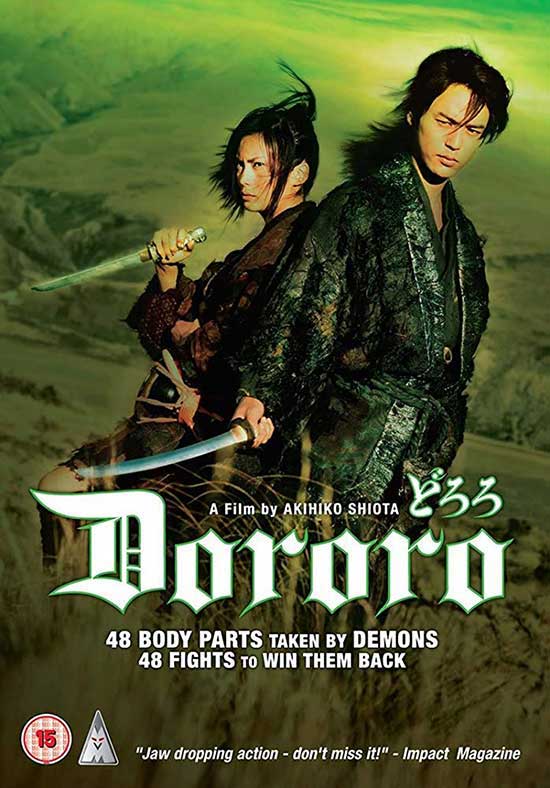 A female warrior who was raised as a man joins a young samurai’s quest to recover 48 of his body parts from 48 demons and to avenge her parents death.

Dororo is a fantasy adventure based on the eponymous comic by the renowned manga artist Osamu Tezuka. Throughout his prolific career spanning four decades, Tezuka made his name with such titles as Astro boy, Black Jack and Kimba the White Lion. His pioneering techniques and genre defining works made him one of the most influential manga artists of all time and besides the title “Godfather of Manga” he is also often referred to as the “Walt Disney of Japan”. 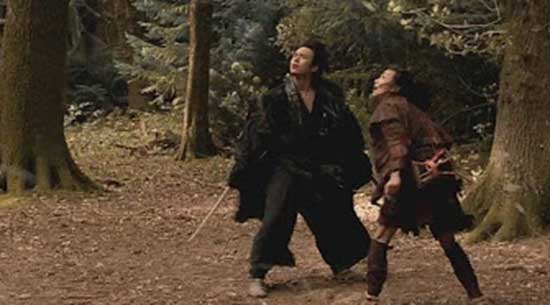 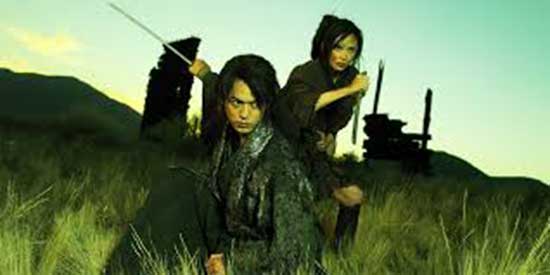 Dororo was first serialized in 1967 in Weekly Shonen Sunday and later on adapted into an anime in 1969, consisting of 26 half-hour episodes. In 2007 the director Akihiko Shiota turned the tale in a life action movie starring Satoshi Tsumabuki (Tomie: Re-birth, The Fast and the Furious: Tokyo Drift) as Hyakkimaru and Ko Shibasaki (Battle Royale, 47 Ronin) as Dororo.

Set in the Sengoku period Japan, Dororo tells the story of Hyakkimaru, a ronin on a quest, and his companion Dororo, a young orphan and self-proclaimed best thief in the world. Together the two make an interesting pair to say the least. After his father decided to make a deal with 48 demons and trade his unborn child to gain the power over all the warring clans, Haykkimaru was born without most of his body parts and was abandoned by his parents and set adrift on a river.  With a bit of luck on his side, he was eventually found by a master medicine man who build him a new body from body parts of children that died in the war. Dororo in the other hand is a young orphan girl raised up to be a boy, in order to carry on his father’s vendetta against the warlord Daigo, Hyakkimaru’s biological father. 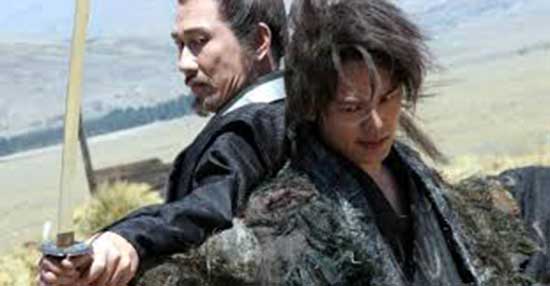 Hyakkimaru is on a quest to find and slay all the 48 demons in order to regain his lost body parts, when the two orphans’ paths cross and Dororo joins Hyakkimaru’s journey without knowing his true lineage. Together the two battle various different demons, including a demon butterfly and her hungry caterpillars, a cherry blossom monster and a pair of demon dogs, until eventually coming across Daigo himself.

Without having read the manga, I obviously cannot comment on how the film compares to the original material, but what I can say is that even without any previous knowledge of the story, it’ still a very enjoyable watch. The whole concept of a demon killing mission is something that really just spoke to my inner child. I absolutely adore anything with a plethora of monsters, so this really was right down my alley. I only wish I could have seen this when I was younger; the twelve-year-old me would have enjoyed it even more. That’s not to say that Dororo is strictly a children’s film, but I would describe it has good, wholesome family entertainment and something I would happily watch with my own little one. 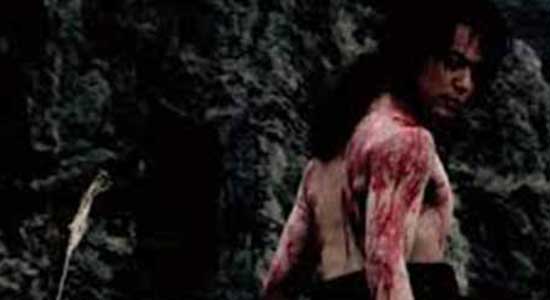 The special effects are quite dated, but that doesn’t really take anything away from the film. They consist of a combination of low budget CGI and suitmation, former of which looks like something you would commonly see on the Syfy channel and the latter like something you could buy in a Halloween store. Despite this, the effects just somehow work with the rest of the film and I personally quite enjoyed the rubbery stiffness of the old school suitmation.  Even the low-quality CGI has its moments (you just can’t go wrong with monsters exploding in to bloody mist), albeit some of those moments might make you roll your eyes in sympathetic amusement.

Both Tsumabuki and Shibasaki do a decent job with their respective roles. The plot isn’t overly concerned with deep character development, but both actors manage to bring some depth to their roles and make them their own. While the character of Hyakkimaru is by nature a stoic one, Tsumabuki has managed to bring some humanity and warmth to the otherwise cold-blooded killing machine. Shibasaki’s performance as the cheery Dororo is full of fun and energy and offers a nice counterbalance to the emotionless Hyakkimaru. While some might find Shibasaki’s antics as the boisterous thief slightly wearing, I personally quite enjoyed her energetic performance.

The locations used in New Zealand offer a gorgeous back drop to the film. Some of the scenes filmed in sets are slightly cheaper looking and have that same made for TV feel to them as the special effects do, but for the most part the filmmakers have really made the most of the unique beauty that New Zealand has to offer and created a lovely setting for this fantasy adventure. 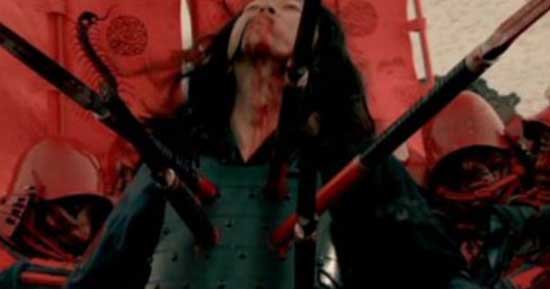 Dororo is fast paced, action packed bit of fun. Even with a running time of 139 minutes, you don’t really get a chance to get bored. The plot keeps moving at a brisk pace without room for dull moments, but not so much so that you couldn’t keep up with it. It’s the perfect film for when you just want some good, straightforward entertainment that doesn’t need too much thinking.  Just sit back and enjoy the ride!