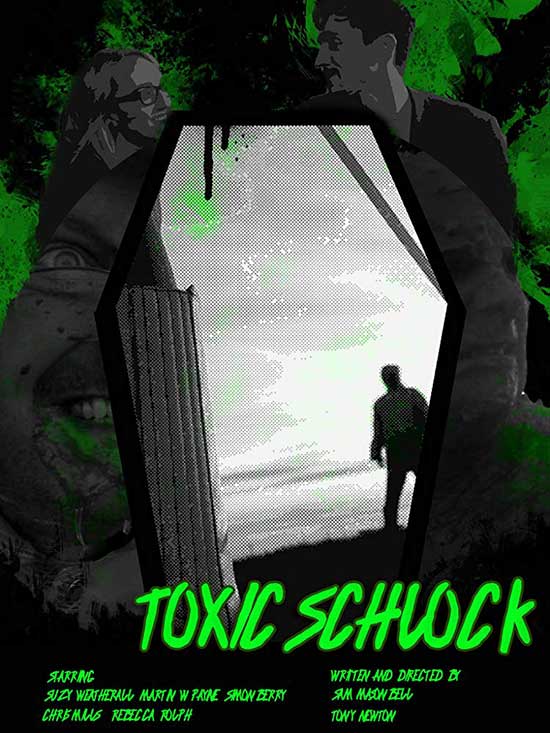 A quiet seaside town is stalked by a killer while a group of environmentalists lay low. But will Mae and her Dad discover who the killer is before the zombies invade? In post Brexit-Britain the world has literally gone crazy but one man stands out from the crowd the seaside strangler, a cross dressing father with a taste for blood but he has to face his biggest foe.. but he didn’t expect it to be his sweet and innocent daughter Mae with a little help from her brother the Gimp!.Prepare for zombies, serial killers and green Slime as Mae faces the seaside strangler in a fight that will change her life forever! You will be schlocked and amazed as what unravels before your very eyes is a truly wild crazy and schlocking ride.

Can I call a movie a POS here? If you don’t know what “POS” stands for, well, we’ll soften it down to “piece of stool”, which is kind of more disgusting that the actual word, but it is still workable.

Usually, I am not prone to be this blunt about a movie. Yes, I know I can be a picky viewer. I walked out of “Unforgiven” when Morgan Freeman was reduced to a token African-American role, and I still disliked the film after watching the entire mess a few years later. How did it even get a nomination?

“Toxic Schlock” is a new low point in my 50 years of movie watching. You want comparisons? Bill Osco’s “Gross Out” is actually fun when put up against the film being reviewed here. Hell, anything written and/or directed by Scarlet Fry (AKA Walter Ruether) is better than “Toxic Schlock”. Yeah, I’m sure most people have never heard of either, and there is a very good reason for that. They are pretty awful and seem to punish you for watching. 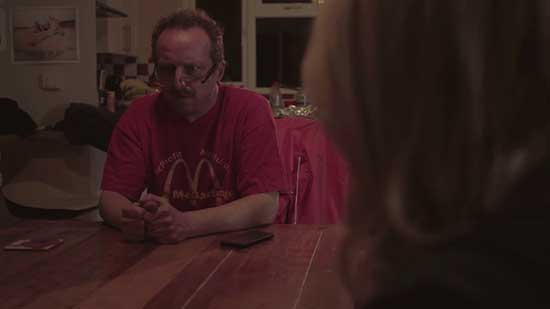 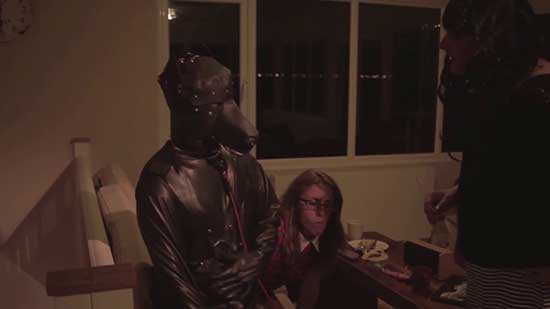 “Toxic Schlock” does not punish you; it doesn’t care about you that much.

We have three main elements in “Toxic Schlock”:

One – There are three eco-terrorist types who have stolen some experimental glop, and right from the beginning, we see one of the three drinking the green goop and pour it into the water on the beach. Don’t even ask, because you won’t find out, and after 20 minutes of the film, you won’t give a flying fart.

Two – There is a family that consists of a rather portly transvestite, his weird “daughter” who talks in a mind-numbing breathy voice, and “Brother” who is someone, wearing a dog-like gimp outfit, who delights in anything horrible happening to the transvestite. 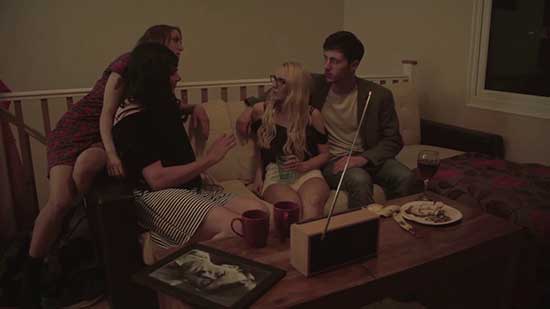 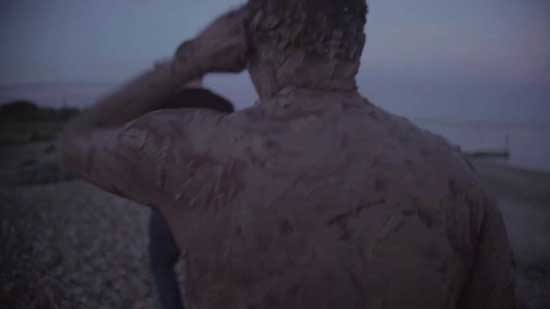 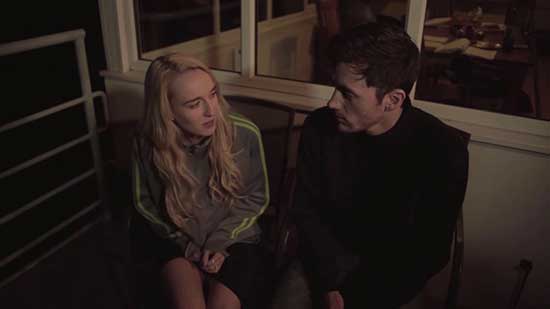 Three – We learn that the seaside community is being attacked by The Seaside Strangler, who is a naked guy wearing body paints who strangles folks. For no reason really. Even the pointlessly overlong confession scene doesn’t honestly explain why.

We spend the first chunk of the film with the weird “family” in the beach house. They ramble about nothing for a while. Then gimp-suited Brother is brought into the room and mimes reactions to what is said as the other two talk for another long while. Then a framed photo of Hitler is kissed by the “daughter”. If there was any real point to any of this, the dialogue did not communicate it. The dad/mom puts leashes on both “kids”, and they all go for a walk. At night. With a strangler loose. As a viewer, you will be very okay with them departing. You hope the strangler kills them and then kills himself. 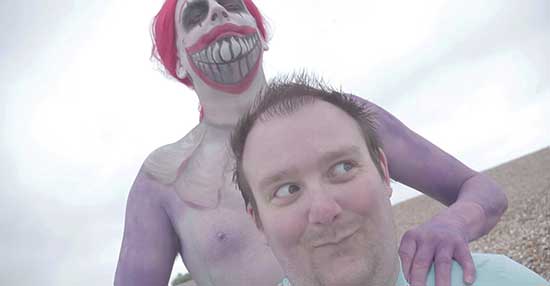 Our three eco-terrorists stumble into the beach house. Peter, the one who was drinking the weird green goo earlier, tells the other two that the house belongs to his family. He takes great pains and goes to great length to impress this fact upon everyone, but you won’t need to remember it because it is tossed aside quickly enough. After that, we listen to these three prattle on and on about whatever it was that they stole (the green stuff) and how they need to lay low and destroy their phones and pat themselves on the back for saving somebody from something by their terrorist act. Again, it does not and will not matter much in the end, yet the scene goes on and on and on and on until, like the “family” scene before, you realize you do not care what happens to these people as long as it shuts them up.

Eventually the weird “family” comes back, explain they won the house in a card game, and offer to rent rooms to the three complete strangers who have made themselves at home already. 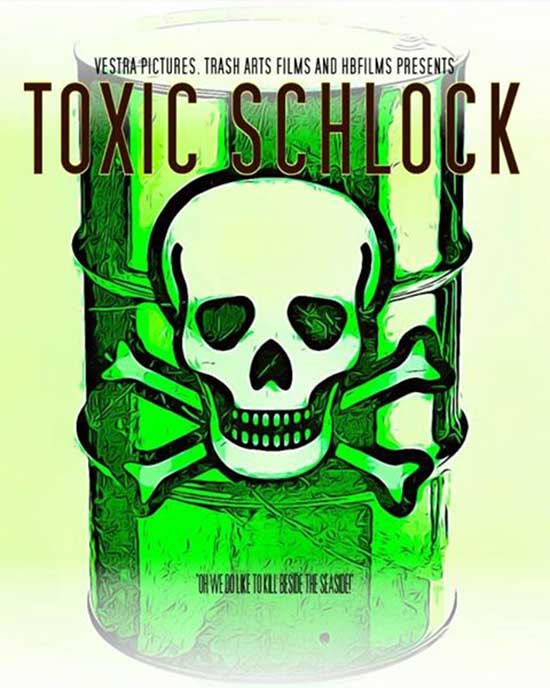 The rest of the film concerns itself with doing damned little and showing every second of it. Odd characters come and go even though they do not impact the plot beyond becoming additional victims of The Seaside Strangler, yet the film forces the viewer to put up with these useless characters until the nude guy strangles them after they have had far too much screen time.

I have watched boring movies. I have watched movies that incite an active hatred towards the film. I have watched movies that made me fear for the future of humanity. This is the first time that a movie has made me aggressively not care. You are given zero reason to give thought to any part of the film. The characters are placeholders wrapped in pathetic attempts at edginess but have no depth, so you do not care what happens to anything or anyone. The events in the film mostly happen off camera, but they seem to have zero impact on any of the characters, so, again, you do not care.

The acting hardly rates being called that. The actors either try too hard to be wacky or come across as if they are just doing someone a favor and don’t see any reason to make any effort at acting. The camera work tends to point the lens in the direction of the actors but the shots are so static that you hope for anything to break the skull-crushing sameness of every scene. 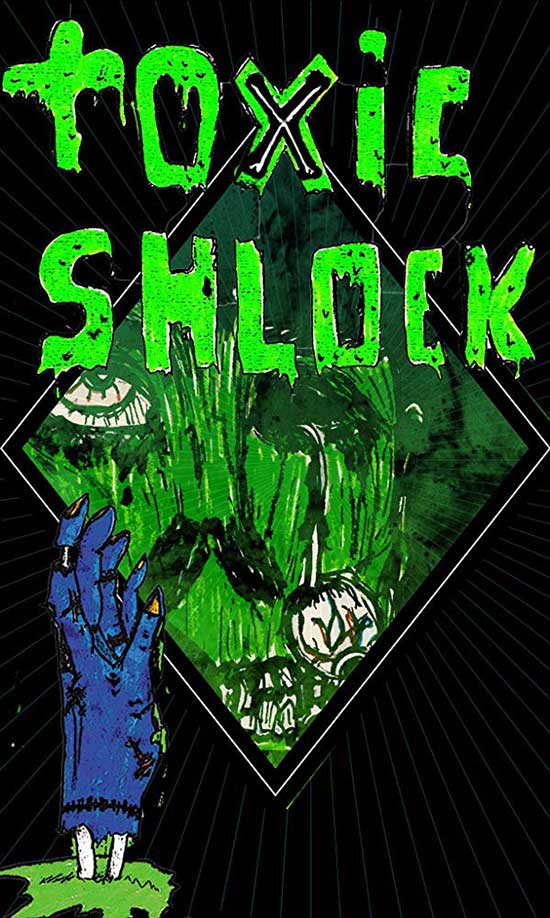 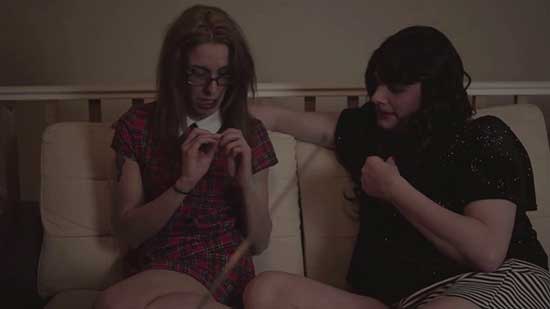 By the way, I would like to point out to the filmmakers that there ARE ways to keep the wind from drowning out dialogue on external locations. Please consider researching that before shooting another scene that sounds as if it were filmed during a freaking hurricane.

Do not take my review to mean that “Toxic Schlock” is so bad that it is a hoot to watch. Don’t let the fact that Troma is connected to this film sway you. It lands like a thawed turkey on a dirty kitchen floor; it goes nowhere, and you only feel regret at the waste.