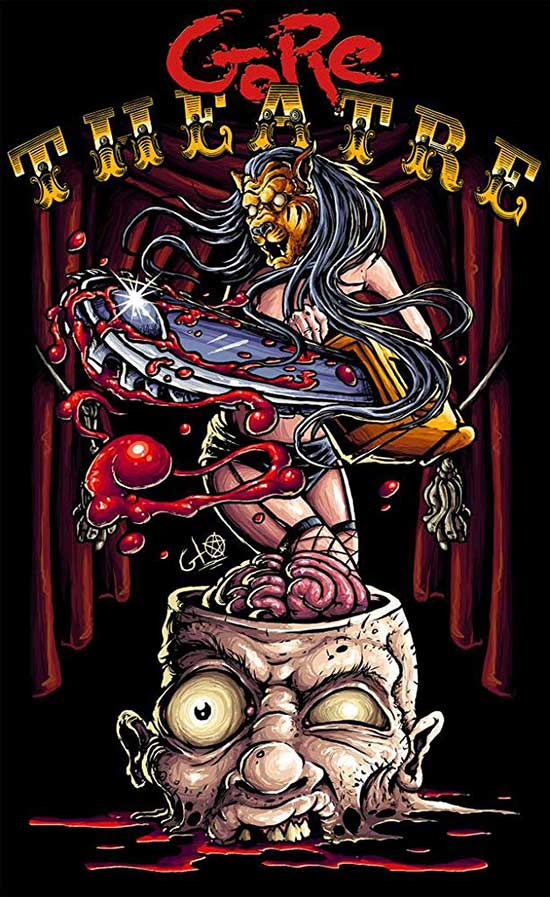 If there’s one thing we can count on in the world of horror cinema, it is the fact that no matter what trend becomes the next “big” thing, no matter what style or on what format horror films are shot, anthology films will always be here. Two of the bigger players in the anthology market right now are Trash Arts (Home Videos, Maniacal) and Vestra Pictures (Trashsploitation, Deep Web XXX), making sure that independent, low budget short horror films find a way to their audience. Together they’ve unleashed Gore Theatre, a collection of short, bloody films by a variety of indie filmmakers. And this one is kind of all over the place, some highs, some lows, and some technical issues/questionable decisions all mixed in together. 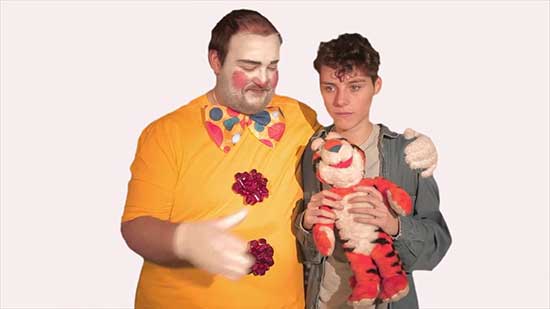 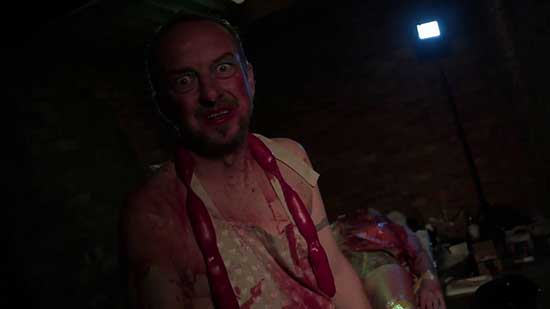 This anthology opens up with a trailer for a (fictional?) film called “Snuff Underground X,” written and directed by Tony Newton, showing scenes of a guy in a mask cutting up a body in a bathtub. Then we get to the wraparound story, which in this case follows in the tradition of the Crypt Keeper with the Butcher (Simon Berry), a maniacal host who introduces the stories while chopping up a body that may not yet be dead.

After meeting our host for the night’s festivities, we move on to “Ethan,” a short black and white film of two guys torturing a third who has done them wrong. It has the feel of a mobster-type story, where the whole stage is full of criminals, but some are less horrible than others. It also has an almost blurry look to it, making the victim, Ethan, look somewhat unnatural as he is cut up. It also presents our first big issue of the film: at no point along the way, not the intro, or after the short segment, or even at the end of the entire 61-minute film, are we given any technical details about “Ethan.” We aren’t given the names of the director, or the writer, or any of the cast. Most of the other films give plenty of information, but not “Ethan.” We are left with a mystery, and a quick check of IMDb doesn’t give us much more to go on either. It might not affect the story of the film itself, but unless Alan Smithee made this segment, it’d be nice to know whose story we’re watching. 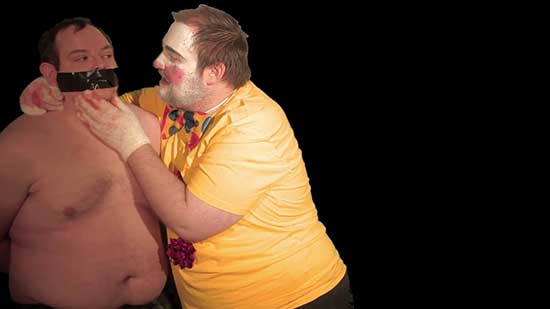 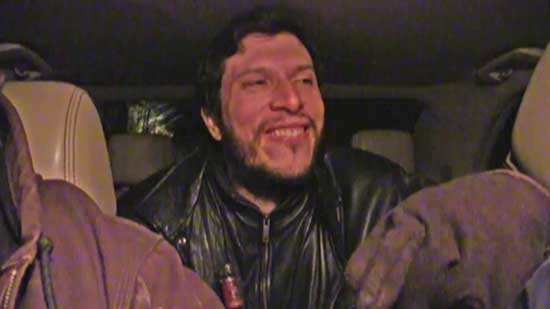 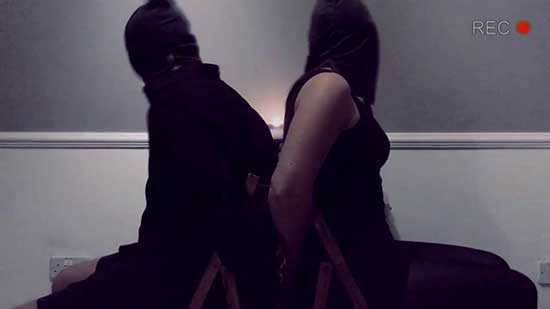 Moving on, we come to “Mr. Smeagle.” Mr. Smeagle (Robbie Hampstead) is a clownish bastardization of a Mr. Rogers-like children’s show host; he’s missing teeth, he has anger in his eyes, and he swears a lot. This character pops up a few times throughout Gore Theatre, each time seeming fairly obvious and sophomoric. Thankfully, we move from this low right into one of the highlights of the anthology, “Euthanasia,” written and directed by Matt Cloude (Bloodbath in Creightonville, Beneath the Old Dark House). In this black and white short, we have a happy song from the 1920s playing as tattooed women in black leather and animal masks (Suzanne Marie Danger, Katie Bennett, Heather Cooley, and Faye Guerra) torture a man. It has the feel of an old Bettie Page short, a cheery innocence in the air as the women take turns inflicting pain. There might not be a lot to it in terms of a spelled-out story (although some can be inferred by using clues), but it looks fantastic.

In writer/director Luc Bernier’s (Hate, Diary of Nightmares) segment, “Nightmarish,” two women come to terms with the aftermath of their wild night. Flora (Deborah Dutch, from a number of Jim Wynorski films in the 1990s) wakes up in a car on the side of the road in the desert, hungover and sick and trying to remember all the details of the night before. Her friend Kathleen (Donna Hamblin, from early-2000s Ted V. Mikels films) is there to help her fill in the not-so-glamorous details. She sees bottles on the ground, and vaguely remembers something about a hitchhiker, but it’s when more details start revealing themselves that the real horror begins. This is a slick short that unwinds nicely, proving yet again that well-written story so often trumps budget. 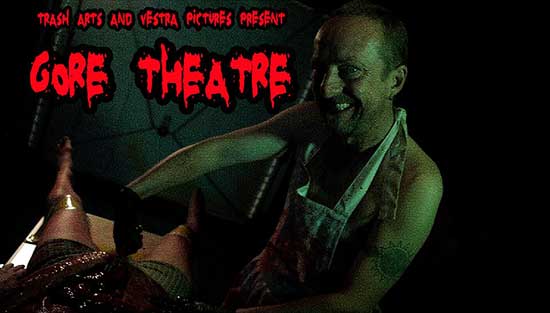 “He Said To,” written and directed by Jennifer Nangle and Alex Napiwocki, delves into addiction, mental breakdowns, and murder. Morgan (played by Nangle) is having a tough go of it and takes some pills – which of these caused the other is up for debate. See keeps seeing a demon (Brett Gustafson) in her house, and she’s freaking out. Her friend Paul (Colton Wheeler) comes over, says he wanted to check on her, and that’s when he finds the pills…that’s also when the demon finds Paul. While this story feels somewhat familiar, it is still one of the stronger of the lot.

“My Little Miracle” probably wins for best writing in this anthology. Directed by George James Fraser and written by Fraser and Charmaine Jossick, we open with a mother (Jossick) finishing up a bedtime story for her daughter (Maggie Fraser). But, like most kids, she wants just one more story, and begs her mom to tell her again about where she came from. The child gets a lovely story about a lonely woman who always hoped for a beautiful baby, while the audience gets the real story, and what we see is a lot more disturbing than what the child hears. 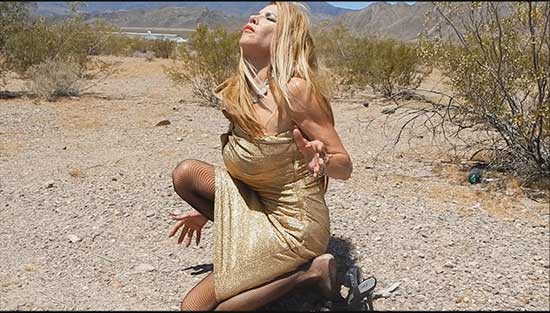 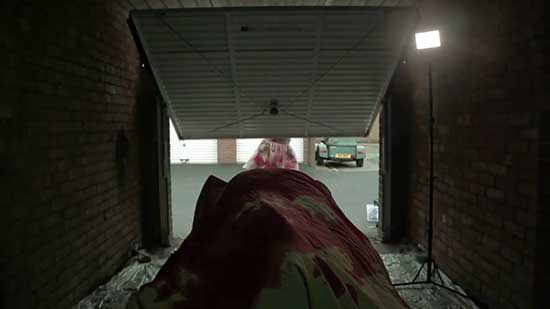 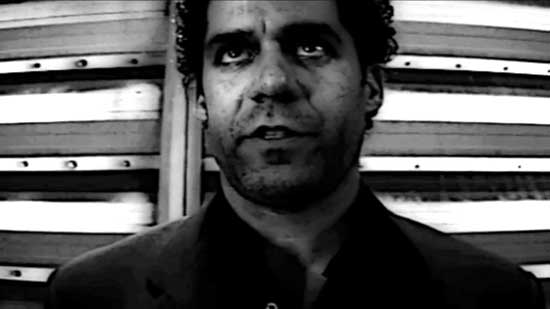 At this point, we’re about 2/3 of the way through, and we’ve already seen the best Gore Theatre has to offer. But there’s still a little bit of good to be found in the remaining three segments. “F.O.R.D.” (what is the meaning of this acronym?), written and directed by Mathew Fisher, is a bloody zombie encounter, as three dudes find a girl laying on the road in front of them and then disaster ensues. “The Witch,” by writer/director Tony Newton, is somewhat interesting, as we see a couple in masks tied back to back in chairs, and when the woman gets free she does something unexpected, making us wonder if she was even tied up in the first place. And finally, there’s “Nouveau Monde,” which is more along the lines of a music video by Jason Figgis. Here we have quick cuts and artsy images detailing what appears to be vampiric murder set to a song by the band Soft Pill. 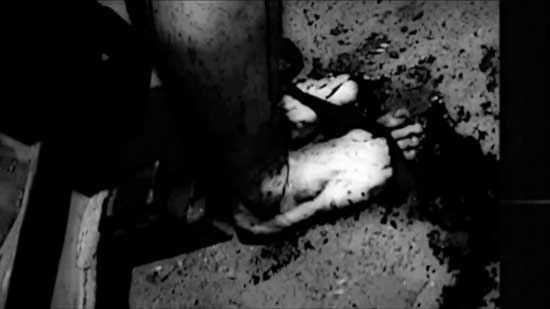 As with so many horror anthology films, Gore Theatre has its hits and it misses. It shines with segments like “Euthanaisa,” “Nightmarish,” and “My Little Miracle,” while other segments fall short. The Mr. Smeagle bits, three in all, are irritating at best, and the wraparound Butcher segments are take it or leave it – some will no doubt enjoy the macabre goofiness of the “host,” while others would rather skip the filler and get right into the stories. Ron Bonk (House Shark, She Kills) has released Gore Theatre through SRS Cinema, which seems fitting as it sticks to his DIY ethos. While it is an unbalanced anthology overall, the good segments do outweigh the “bad,” and most of the “bad” even have a silver lining of one kind or another.