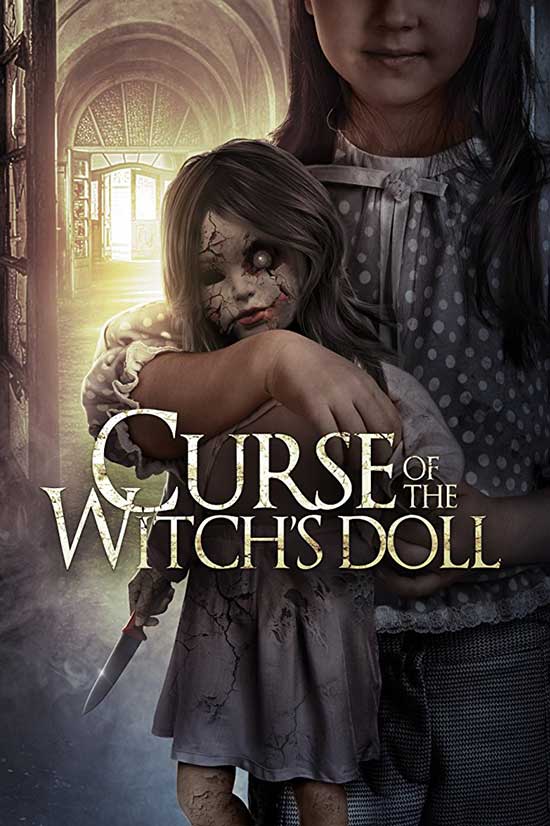 After a series of inexplicable events, Adeline Gray believes a haunted doll possesses the soul of a vengeful Witch. To have any hope of being reunited with her missing daughter, she knows she must defeat the evil curse of The Witch’s Doll.

Something tells me that any movie stating “This film is not associated with any other cinematic work.” in their credits is actually hoping to be associated with some other cinematic work. In this case, based on the artwork for the film’s cover, I’m gonna take a wild stab and suggest they DO NOT want you to think of the “Annabelle” films that spun off of “The Conjuring” franchise. Even though I have happily never watched any of the “Annabelle” movies, I’m fairly sure that “Curse of the Witch’s Doll” isn’t that close of a copy as I don’t recall hearing about people falling asleep during “Annabelle”.

Before it seems I am out to utterly bash this film, let’s go over the basic story before grinding through the details.

Adeline and Chloe, a mother and her daughter, respectively, flee the devastating bombings that attempted to pound England into surrendering during World War II by traveling to a small village away from the major target locations. Adeline’s husband is, presumably, off fighting the war, and the separation of the family is wearing heavily on both mother and daughter.

Shortly after moving into a rather large but fairly deserted mansion, the new inhabitants begin to experience unusual events, and a very – umm, what’s a nice word to use? – unique-looking doll seems to be stalking the daughter. We get the usual door slamming and the overly-loud musical stings to punctuate the spookiness of it all.

One day, during an uninspired game of Hide-and-Seek, Chloe disappears in the surrounding woods. Adeline begins to suspect that the weird doll and the supposed witch who owned it have taken her child for some unknown and most likely sinister purpose. She must unravel the truth from the legend in an effort to save her only child from the witch.

I would suggest allowing all of that to sink in, but, you know, why? If you’ve watched a reasonable variety of horror films, this premise is not anything new. At best, this set up is a cliched writing prompt that should lead to new creativity. At worst, this idea should be dropped faster than the newest Uwe Boll video-game-related feature film. 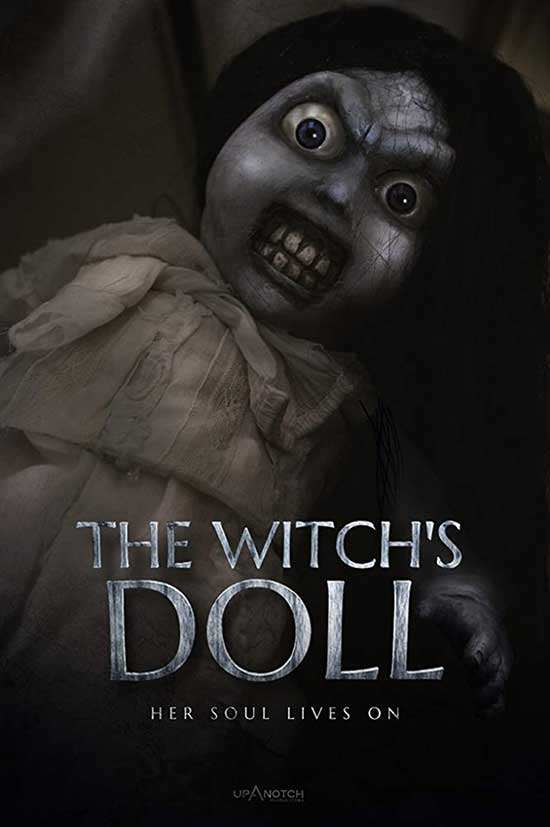 Admittedly, writer/director Lawrence Fowler does attempt the high road here. Once you get a sense of resolution with the primary story of Adeline and Chloe, the revelation from that story then spins itself into two related stories. Not terribly original, but it does add some life and variety to what seems like the longest damned movie about an evil doll I’ve tried to sit through, and that from someone who has watched “Dolly Dearest” twice.

The biggest issue with not only the first “story” here but also the entire film is pacing. The term “plodding” doesn’t really cover how slow and clunky the first hour of the film feels. While I am a fan of the older, less music-video-inspired style of editing, “Curse of the Witch’s Doll” seems to confuse dramatic intensity with holding shots too long and dragging out scenes in an attempt to drum up tension. I applaud the intention, but have to argue that the end result leaves a taste of frustration and the urge to occasionally scream, “Would you just get on with everything?”

Sealing the failing deal here are performances that range from decent to stiffer than a pine board stored at 40 degrees below zero. Surprisingly, I don’t want to single anyone out for poor performances as I had a hard time deciding if the questionable acting is the fault of the actors, the director, and/or the script. To be honest, I think it may be an irreparable combination of the three, though some of the actors do seem to be making an effort to give life to these fairly shallow characters. Most notable, in my opinion, is Philip Ridout, who plays two different roles, and he brings a sense of depth to his characters that I don’t think existed in the script.

There is a rather massive plot twist that happens during the film. Without giving it away (you’ll probably figure it out before the reveal), I want to point out that reviews, in general, place this twist as the make-or-break point of the film for most viewers. I can understand those who gave up once the twist happened, but, for me, the twist actually worked (though it was NOT a surprise) because it brought to an end the frustrating milling about the film had been prone to during Adeline’s portion of the film. Let me clarify that this sudden revelation does not improve the film greatly as the pacing and the script still fail to bring any urgency or hint of originality to the proceedings. 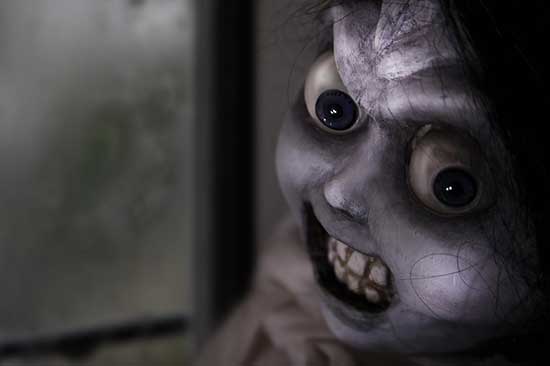 Finally, the titular doll has to be mentioned. Mother of God, help me. I nearly choked on my dinner when the doll is first revealed in the prologue. Not because of fright, mind you. Imagine an over-the-top chibi character with the silliest expression on its face trying desperately to be scary. Got it? Then you have the doll in this movie. The poor thing looks like a constipated cartoon character straining to pass a bowel movement the size of Texas. In comparison, the haunted doll from “Cathy’s Curse” is silly, but it was ugly enough to be somewhat off-putting. Hell, I’d rather see the goofy doll from this movie in a comedy about its life; that might justify that silly expression on its face.

“Curse of the Witch’s Doll” deserves some credit for attempting something slightly different, but, ultimately, stiff acting, dull pacing, and a very unfrightening doll tank this effort. Hopefully, the writer/director will focus on his strengths in his next feature and minimize the distractions and issues present here in his first feature release.