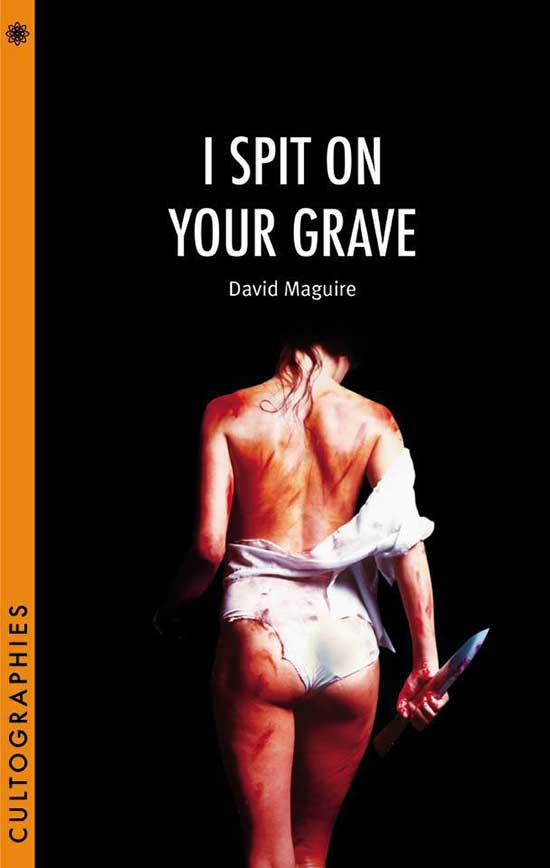 There is no denying that Meir Zarchi’s I Spit on Your Grave (1978) deserves its title as one of the most controversial films ever made. While many condemn it as misogynistic, others praise it for raising uncomfortable issues about sexual violence. While its reputation as a cult film has undoubtedly been cemented by its unique position in the 1970s/80s exploitation era and the “video nasties” scandal, it has also become mythologized by its own official and unofficial franchises.

David Maguire examines why the film still continues to provoke fierce debate forty years on, not only investigating the historical, social, and political landscape into which the film was first released-and condemned-but also examining how it is has inadvertently become ground zero for the rape-revenge genre because of its countless imitators.

The book explores how academic study has reevaluated the film’s importance as a cultural statement on gender, the conflicting readings that it throws up, the timeless appeal of its story as examined through folklore and mythology, and its updating to reflect contemporary issues in a post-9/11 world of vengeance and retaliation.

DAVID MAGUIRE is a programmer for the Leeds International Film Festival’s fantasy/horror strand, with an MA in Film Studies from the University of Bradford.

The book can be bought direct from Columbia University Press at:

The book is also available from amazon.com at:

Tags I Spit On Your Grave Meir Zarchi