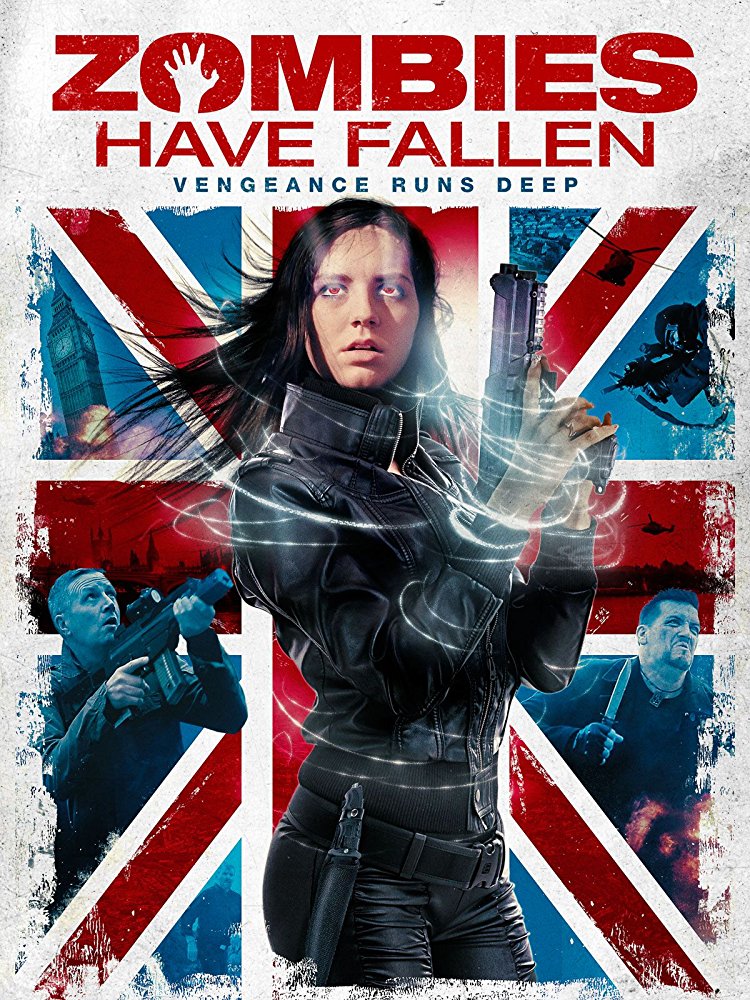 A young woman who possesses supernatural powers and visions of an upcoming apocalypse is aided by a retired bounty hunter who must protect her from those who wish to use her abilities for evil.

Early on in Zombies Have Fallen, the film’s first real exchange of dialogue unfolds between the evil mastermind and his top henchman, the badass assassin-for-hire tasked with doing all the wicked man’s dirty work. There is excessive exposition. There are bursts of macho bravado. And there is even a sinister laugh as the scene comes to a close. To say that the characters—not just these two, frankly, but also all the rest in the film—and dialogue are thinly-written doesn’t quite convey the gravity of the situation. Had I been listening to the movie rather than seeing it with my own eyes, I would have bet I was listening to a parody scene from Family Guy.

Sadly, though, there is nothing whatsoever about Zombies Have Fallen that is even remotely as interesting or entertaining as your average Family Guy episode.

And that’s before you even realize that there aren’t really any zombies in the movie.

Primarily the work of ultra-hyphenate auteur Sam Fountayne (aka Sam Hampson), Zombies Have Fallen is a micro-budget import from Scotland released in 2017. Not so much a horror film—in fact, not even remotely—Zombies Have Fallen chronicles the efforts of some good men and some bad men to either protect or to hunt down (you can determine who is doing which) Kyra, a young woman whose awesome telekinetic gifts could destroy the world, or so we’re told. However, for much of the film those gifts consist primarily of making a couple of guys fall down and opening a garage door without a remote…so when she turns her mind to transforming a wedding party into flesh-eating zombies, it comes as just a bit of a surprise.

Oh, OK, so there are some zombies in the movie, after all, but can you say “afterthought”? More on that in a minute, though.

Based on the film’s name and its marketing art, you might believe that it is somehow related—either directly or as a parody—to those awful Gerard Butler films Olympus Has Fallen and London Has Fallen…but, you know, with zombies (maybe). In fact, the art for Zombies Have Fallen is such a direct rip-off of the London Has Fallen poster that it might seem impossible that these two films are in no way related.

As it turns out, though, Zombies Have Fallen is distributed by the Florida-based Green Apple Entertainment, an industry leader in the art of “drafting”:  taking low-budget properties and mimicking bigger films’ names and art in the hopes that consumers will simply buy or rent something that looks vaguely familiar. And though it is likely that Green Apple is responsible for the attempts to make Zombies Have Fallen seem to be something that it really isn’t, the truth is that pretty much everything about the film appears to be an attempt to give us something with which we are vaguely familiar.

First, though, due credit to writer/director/producer/editor/etc. Fountayne/Hampson. Though much of Zombies Have Fallen does not meet minimum feature film standards (the overall sound of the film is nearly as bad as the script), Fountayne/Hampson gets high marks for the ambition and scope of this first feature film attempt. There are far more locations all across the Scottish countryside than might be expected from a micro-budget film like this, and his eye for the frame and approach to editing—while certainly highly derivative—demonstrate a filmmaker with potential.

A storyteller, however, he ain’t.

And as so much of Zombies Have Fallen feels borrowed (a gentleman’s way of saying “stolen”) from much better films—and a lot of them—much of its 75-minute running time feels like watching bits of cutting room scrap and recycled bits from other features.

Oh, and speaking of that 75-minute running time…

Considering the prominent use of the word “zombies” in the title, one might expect that the first appearance by a zombie—or, say, even the first hint that zombie might have anything at all to do with the film—might come before the 45-minute mark of the movie. Unfortunately, one would be wrong. This a zombie movie in title only, so buyer be warned.

All that said, it takes a hell of a lot of work and determination for a plucky young filmmaker to go out, defy the odds, and by sheer force of will construct a film from basically nothing.

That sort of ambition and effort deserve praise and admiration.

Zombies Have Fallen, however, does not.