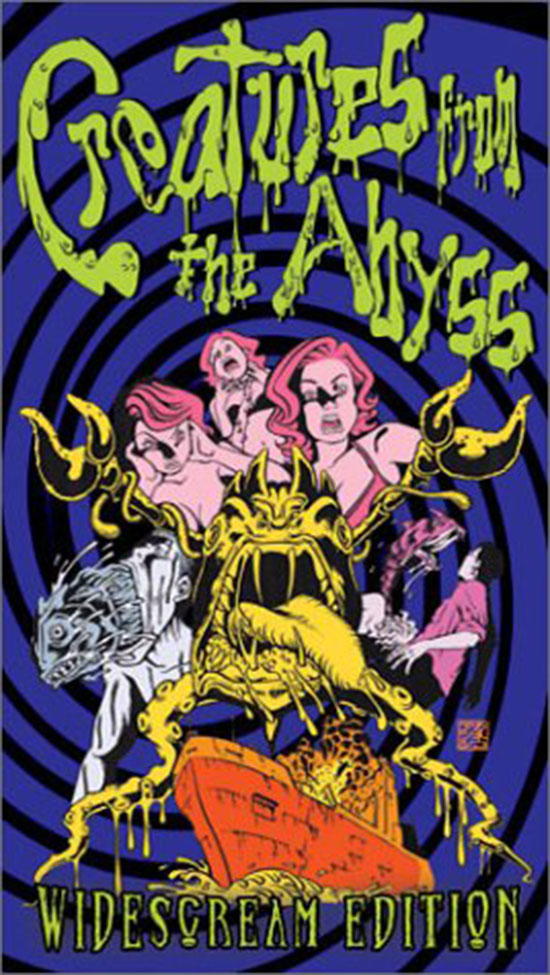 Five teenagers embark on a boating trip off the coast of Florida. The teens get hopelessly lost at sea after they get caught in a fierce storm. Fortunately, the quintet stumble across an abandoned yacht in the middle of the ocean with a mysterious biology lab on board it. Unfortunately, there are also ferocious mutated prehistoric fish running amok on the yacht. Will any of the teens survive this harrowing ordeal?

When I sat down to watch “Creatures of the Abyss (aka Plankton) 1994,” I figured I would have an easy time with this film as I had watched it about a year ago. I remembered fish and not-too-bright people. Turns out my memories were both accurate and utterly useless as this movie is really more interesting and entertaining in its details than in their sum total.

I have now seen this film THREE times, and I’m still not sure what to make of it. 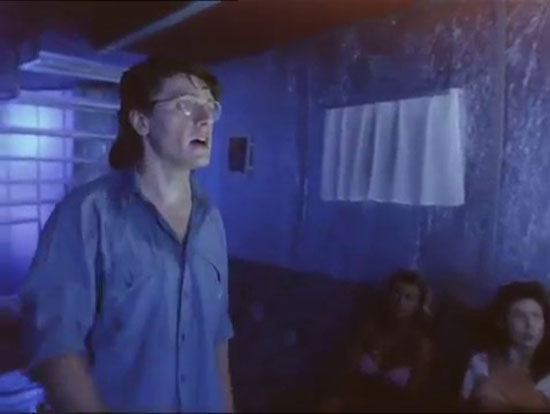 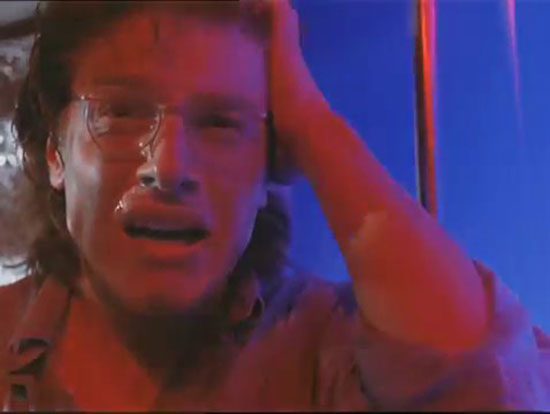 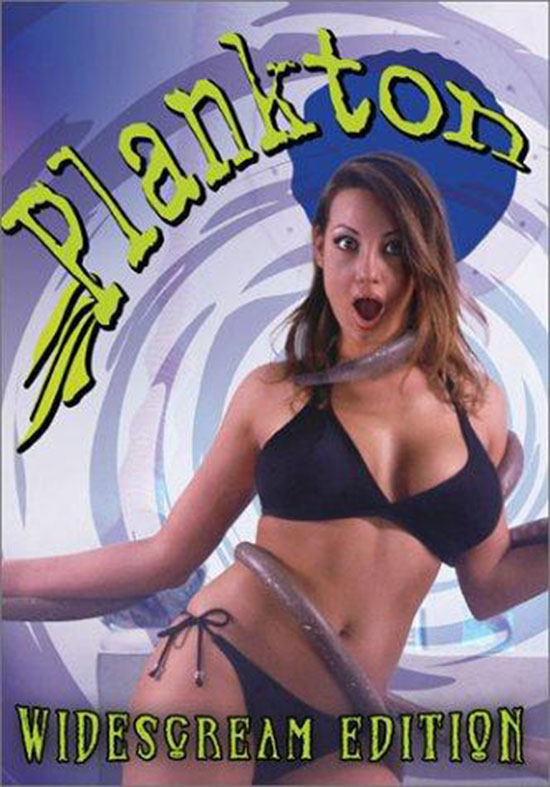 A blunt description of the film would be: Morons who survive their own stupidity simply by grace of the script end up on a research ship where they are attacked by radioactive, flying fish. Neither side wins.

Before you start crying, “But you gave away the ending!” let me just say that you should not watch this movie for the story. Ever. You will be disappointed, much like my family was with my career choices. In this film’s case, joy is found primarily in the stunning weird and nonsensical moments.

Thrill to the physical drama as the morons seek safety: “Let’s use our hands as paddles.” Yeah, never mind the oars you had mere seconds before.

Swoon when faced with otherworldly passions: “Professor, how long have you been fucking fish?” “They were old enough.” “I understand. These things happen.” Didn’t know fish could give consent in the state of Florida, but it wouldn’t shock me.

You get two – count ‘em – two oversized fish creatures!  One tears out of a guy during sex while the other pops out of the back of a girl’s head. Take note that the camerawork tends to dramatically improve during these scenes, as does the lighting.

Bounce in joy as a young woman vomits up various insects of the rubber variety. Or you can sympathy puke with her to make the film more interactive, like “Rocky Horror” or “The Room”. 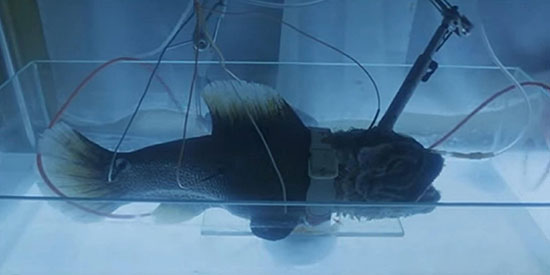 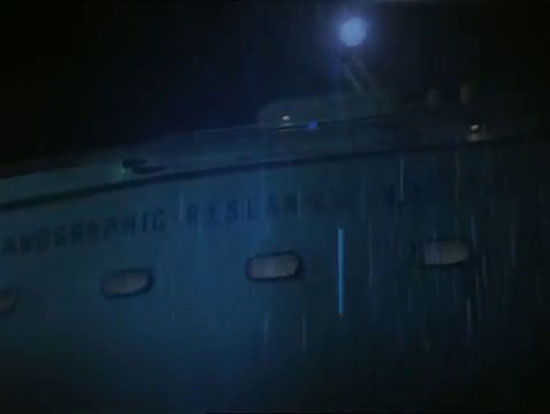 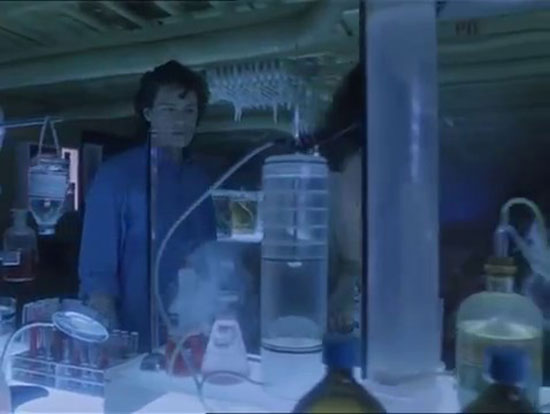 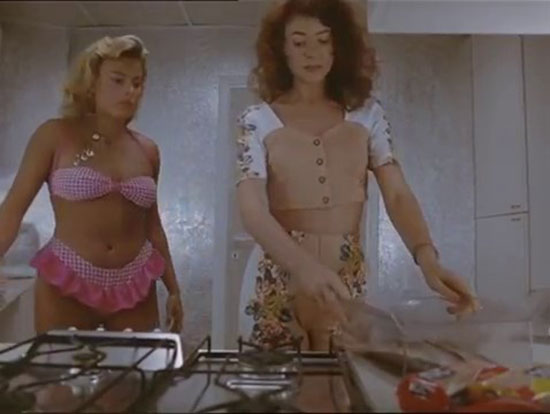 Snicker endlessly as Bobby, the resident douchebag (wait, a douchebag is actually useful), tells jokes that fall flatter than farts during a priest’s funeral. “You know the difference between a blow job and a ham sandwich? Let’s have dinner tonight, and I’ll show you.”

Your mind will boggle as a pretty young woman spews thousands of fish eggs from her nether region and floods a hallway with cheap caviar. Women, please, feel offended; you should be.

Yes, the film is full of weird events that either tickle you or leave you shaking your head in bewilderment. You get the dork hero trashing the lab, an attack by a very limber flying fish, a cool but wasted stop-motion creature, and one of the tackiest lounges ever found on a research vessel. Just for these things alone, “Creatures of the Abyss” tends to be a hoot to watch.

However, the single most mind-bending element of the film is the dubbed soundtrack. You could honestly enjoy the film almost as much by just closing your eyes and listening to the off-kilter dialogue and over-blown sound effects. Half of the time, the actors aren’t even moving their mouths when some of the dialogue is delivered. 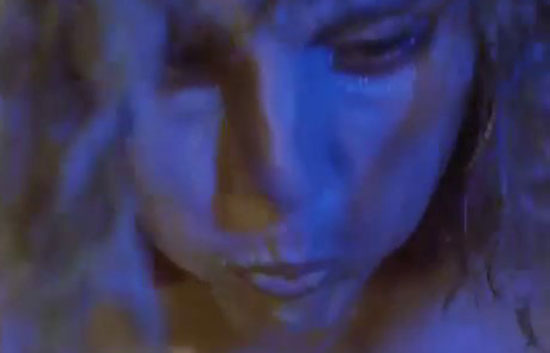 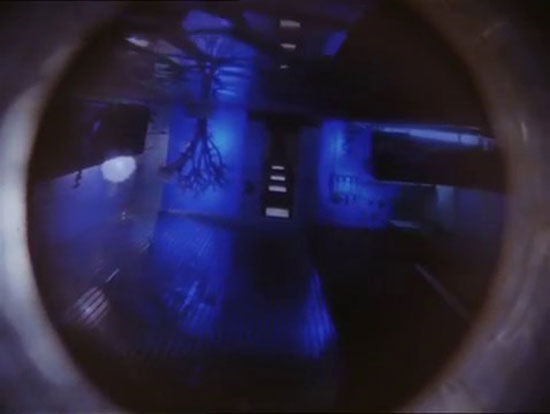 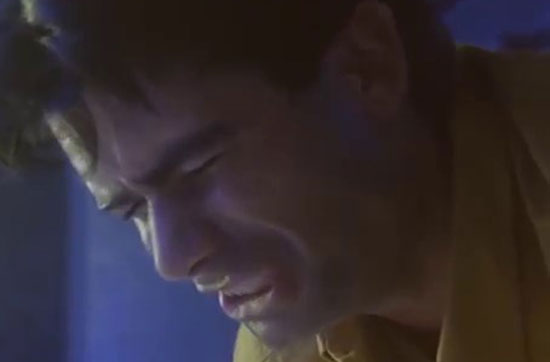 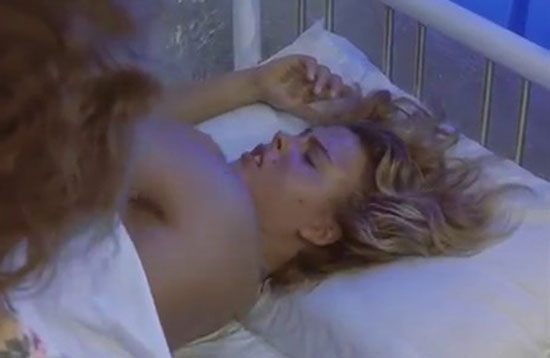 It almost strikes a viewer as a modern-day “What’s Up, Tiger Lily?” Someone grabbed a random but weird Italian film and redubbed it into a running comedy about fish and sex. It seems to be the only reasonable explanation. I can’t imagine anyone writing a movie with such wild dialogue and expect it to play as a straight horror film. Sure, it is Italian, but that only reduces the likelihood of casual references to American culture, even if they were aiming for an international release. Add in the previously mentioned fact that the soundtrack does not remotely match the on-screen action from time to time, and you can feel fairly confident that you are not hearing a reasonably accurate translation.

Why belabor this odd point? Because it speaks to an answer to an on-going issue connected with “Creatures of the Abyss”. Take some time to check out other reviews of this film online. Go on. We’ll still be here.

Okay, now that you are back, tell me who gets credit for directing this mess in most reviews? Massimiliano Cerchi is the correct response, but it is the wrong answer. Sure, imdb.com lists Al Passeri and Alvaro Passeri as pseudonyms for Cerchi, but even for a first feature film, “Creatures” is wildly different in style and tone from Cerchi’s films. Just watch at least any 10 minutes of his “Hellinger”, and you’ll come to the same conclusion. In fact, it doesn’t give any indication of Cerchi’s involvement. 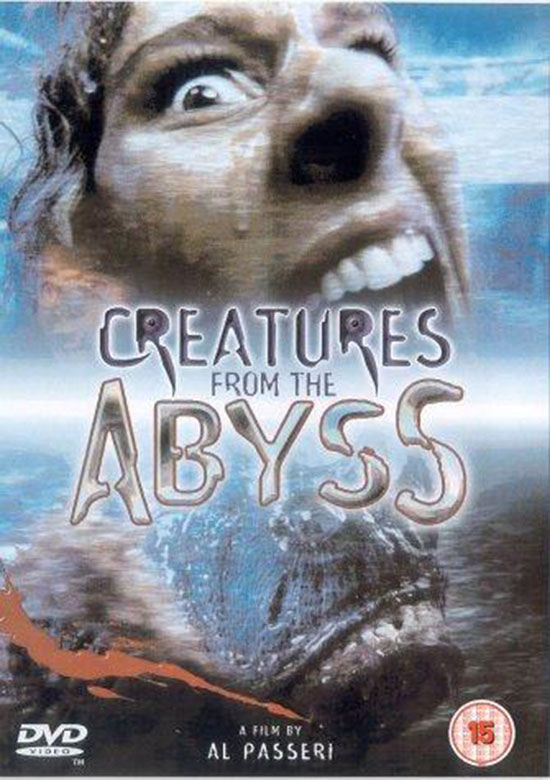 On the flipside, the real Alvaro Passeri is known for his creature creations. If you search his name, you will find his Italian site  where you will see examples of his mechanical creations. And what are the two major set pieces in “Creatures”? Yup, creature effects, which also explains why the lighting and camerawork are dramatically different during those sequences. Probably the best explanation for the existence of “Creatures of the Abyss” would be that it was originally meant to be a cheap film designed to showcase the mechanical creature effects.

I think the real director is indeed Alvaro Passeri and not Massimiliano Cerchi doing a one off. Just had to straighten that out.

Is this movie worth your time? I’d have to say “Yes!” Is it a new cult classic in the making? Maybe. Don’t really see people flinging caviar at the screen. Still, it is quite quotable, and makes for a great party film with like-minded friends. If you haven’t seen it yet, do so, and soon. But I strongly suggest supporting legal copies and buy the official DVD so it tells companies that releasing oddball flicks can be a wise move.