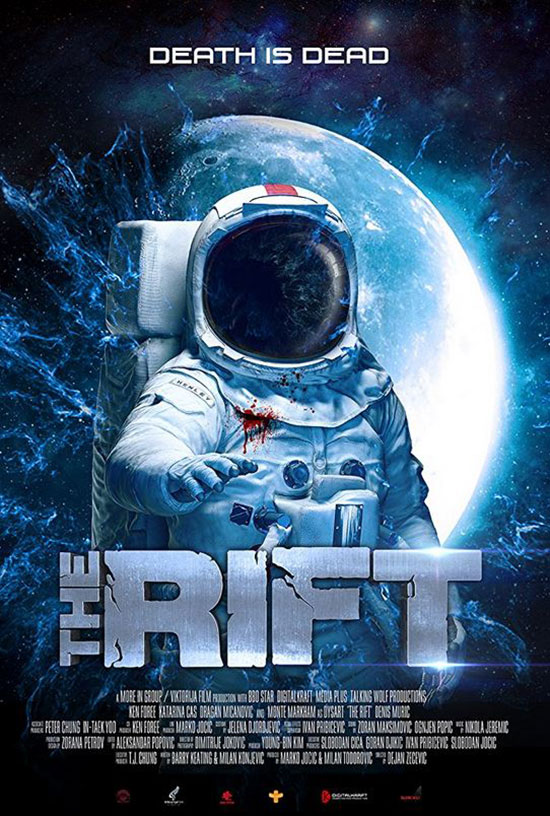 An American military satellite crash lands in Eastern Serbia and a team of US and Serbian agents are dispatched to secure the remains of the satellite, but when they locate the crash site all is not as it seems.

One of the treats of reviewing horror films is the chance to get different perspectives on what it is that frightens us from not just different directors but different countries of origin as well. Sometimes the experience can be disheartening if the picture is truly a mess. Yet, every once in awhile one runs across a celluloid needle that makes wading through the haystack of turkeys worthwhile. The Serbia/South Korea/Slovenia production The Rift is a complex, convoluted story wrapped in visuals and production values that belie its low budget constraints and features two strong turns by movie and genre vets Ken Foree and Monte Markham.

A U.S. satellite crashes in a remote area of eastern Serbia and a group of American and Serbian agents races to recover the data from it. What they find when they arrive, however, are unimaginable horrors that include a mysterious rift in time and space as well as an unseen malevolent presence. Now the team must fight for both their lives and their sanity as they struggle to escape.

Being a longtime George Romero Dead series fan, I became aware of Ken Foree’s skill at playing the gritted teeth, muscular hero with his cult status cementing turn as Peter in the original Dawn of the Dead. There was a sense of cool and humanity you see in his façade even as he’s mowing down zombies. Foree, in a sense, was the Samuel L. Jackson of B horror before there was ever a Samuel L. Jackson.

He changes it up somewhat here, putting a psychotic edge of violence and brutality on his lead agent John Smith. Foree has an uncanny ability to own any role he assays with ease, be it small or starring. Not many actors can say that, certainly. And what can I say about Monte Markham, working the B movie arena for a paycheck yet doing so with his trademark everyman nice guy image intact. I date myself when I say I began following him from an early small role as a Russian guard on a first season episode of the original Mission: Impossible series back in the 60s. As a devoted western fan, I became a confirmed fan of his with his co-starring role opposite George Kennedy in 1969’s Guns of the Magnificent Seven oater. The kind of performer who draws you into his plight without you even realizing it. I found the supporting (predominantly Serbian) cast around those two vets to be capable if non-descript, though heroine Katarina Cas shows flashes of charisma and strength in the Sigourney Weaver mold. Sharp-eyed horror fans will spot cameos from several genre directors including Mick Garris as Cas’ boss and Jonathan English in a bit at the finale as the UK Prime Minister.

Respected and award-winning young Serbian director Dejan Zecevic does a nice job of making sure the cgi visuals (beautifully done for such a low budget flick) do not dwarf the story and characters. He and writers Barry Keating and Milan Konjevic seem to have learned the lesson taught by the great chiller helmers in that special effects may be a movie’s wow factor but characters and script are still what drive it. There’s Smith struggling with a violent past, Cas grappling with grief over her son’s death, and even Dysart haunted by tragic events from a moon mission he was part of. An unusual amount of depth for such pulp fodder material. 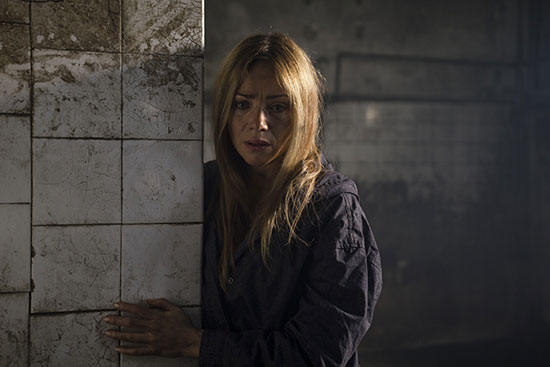 Another key in quality moviemaking is underscoring the visual events with music that matches or helps set the mood of the scene. The soundtrack here is alternately somber and energetic, with a nice reliance on the organ at integral moments. I especially found myself running Maya Lavelle’s theme song This Ain’t The End through my head for several minutes even after the picture was over. Clever lyrics and nice tonal vocals make a good combination here. 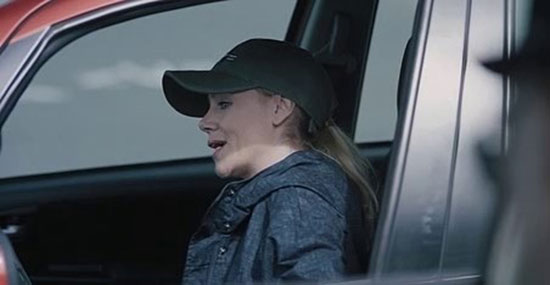 If you are in the mood for a creepshow that does not have Hollywood stamped all over it and that associated cookie cutter feel, why not try something with a freshness to it and a distinctly different approach in what scares the pants off you? The Rift is just that well-mounted little gem that draws you in, makes you squirm at the edge of your seat just a mite, then proceeds to frighten the you-know-what out of you for good measure!