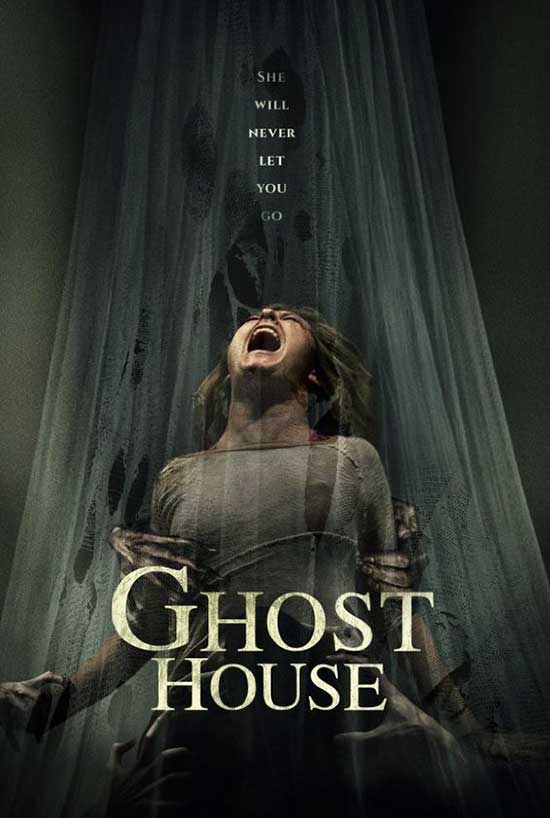 A young couple go on an adventurous vacation to Thailand only to find themselves haunted by a malevolent spirit after naively disrespecting a Ghost House.

Ghost House is a Thai-themed horror flick where viewers follow an Ugly-American couple as they turn their foreign vacation into a struggle against an angry spirit. Pretty camera work and good make-up effects are hampered by some spotty acting and unlikeable characters. Music video director and composer Rich Ragsdale (The Curse of El Charro) helms the title, and brings a gorgeous look to an only moderately effective film. 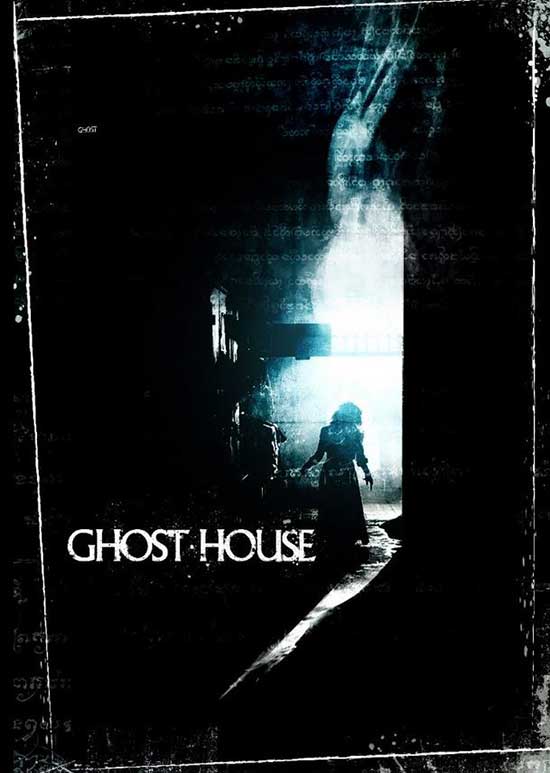 Young girlfriend and boyfriend pair Julie (Scout Taylor-Compton, Halloween 2007, Halloween II 2009) and Jim (James Landry Hébert, the spider-hating Axel from Stranger Things SSN 2) have just entered Thailand on a trip where Jim plans to propose. Things take a turn for the horrible when two English fellows, Robert (Russell Geoffrey Banks, Tekken 2: Kazuya’s Revenge) and Billy (newcomer Rich Lee Gray), abandon them in a forest full of haunted miniature houses. Worse yet, they’ve tricked poor idiot Julie into removing a piece of one such house, causing the angry spirit inside to stalk and inhabit her. With Julie thus afflicted, Jim sets out—with the help of cheerful guide “Gogo” (Michael S. New, Nightkill 2017)—to find a cure for her potentially fatal problem.

Taylor-Compton does well as the love-struck and tormented Julia, except for the final third of the film, which has her free of lines and heavy on whimpering. It’s unclear whether the high-pitched whining was added via ADR, or is her actual vocalization during the shooting, but every moment leading to a supernatural encounter are wall-to-wall dog whimpers. James Landry Hébert, unfortunately, does worse; he presents as simpering, and there are far too many shots where he just mugs a grin or grimace in the direction of the scene’s action. 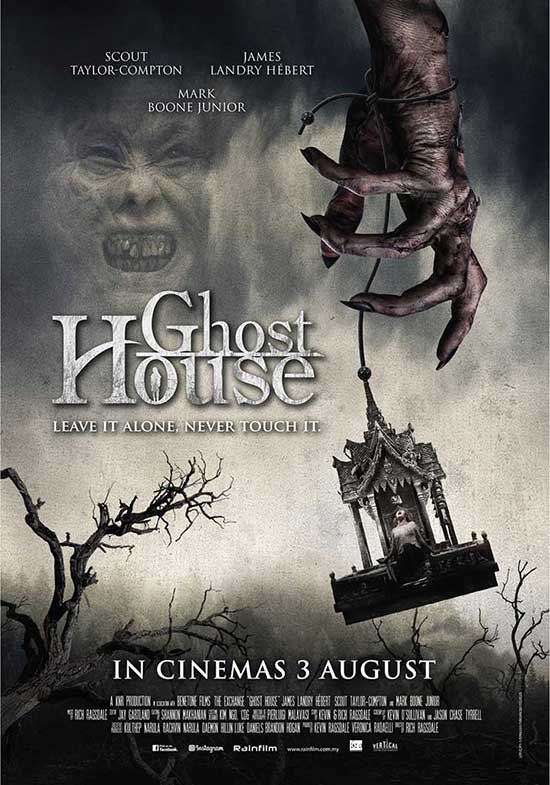 His lines are also delivered in a very stage-like manner, which reads as unnatural, especially when uttered in the presence of experienced talent like Boone Junior. Boone Junior himself acts his role well, but the fact that said role is of “Reno”, a white guy who just hangs out in red-lit sex-dens and happens to know about spiritual warfare, makes it hard to swallow. Actor New plays the role of fast-talking local Gogo well, if heavy-handedly stereotypical, but one can’t help but like him as the one precious-cinnamon roll of the film. Both Geoffrey Banks and Gray play their parts fine, though the obviousness of their ulterior motives serves only to make Jim and Julie appear even more idiotic. 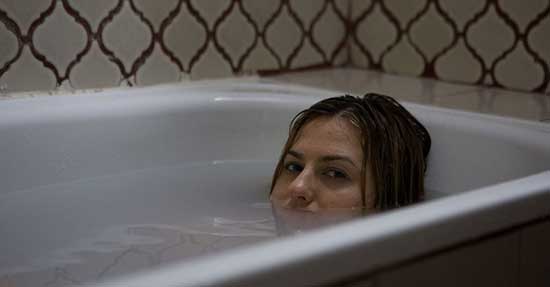 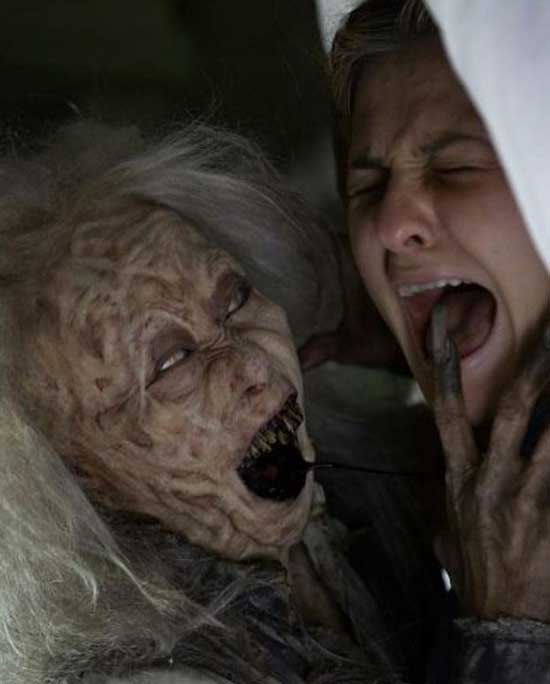 The biggest problem is the fact that Jim and Julie are so inherently unlikeable. While naivety and peer pressure are presented as the reasons for the pair’s predicament, Jim’s flippant ethnocentricity, and Julie’s pressing desire to hang out with total strangers, is just irritating. The biggest clue to the audience that the English friends are up to no good is the fact that they want to hang out with Jim and Julie at all. Jim comes out the worst, as he gets his jollies in a strip club mere hours after proposing, and later offers the up pathetic plan after pathetic plan to free his new fiancé from the clutches of evil.

The makeup on the angry ghost is fantastic, and there are the requisite Grudge rip-off moments that don’t make it from derivative to homage successfully. These scenes are shot well, however, and it’s unfortunate that the final forty minutes of the film drags on too long, with extended landscape and travel montages serving to fluff up the running time. If the movie had been cut from 89 minutes to 70, it’d undoubtedly retain more appeal. 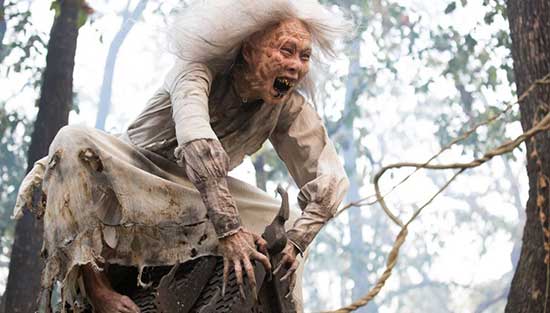 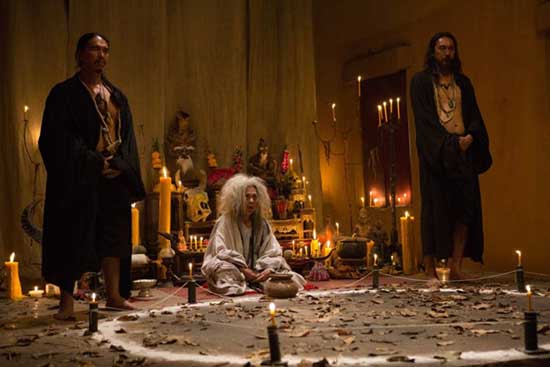 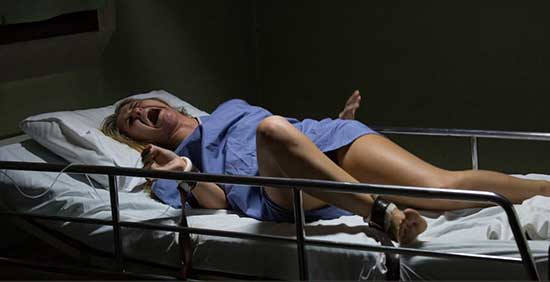 Ultimately, Ghost House isn’t a complete miss, and the setting and makeup will engage lovers of Asian-themed horror films more than the casual viewer. For everyone else, there’s still enough to merit a rental, although it’s less likely to be remembered than its more famous 2000-era Asian-horror cousins. Some decent jump-scares and an overall serviceable plot help matters, but there’s some missed opportunities that viewers will certainly wished were acted upon.