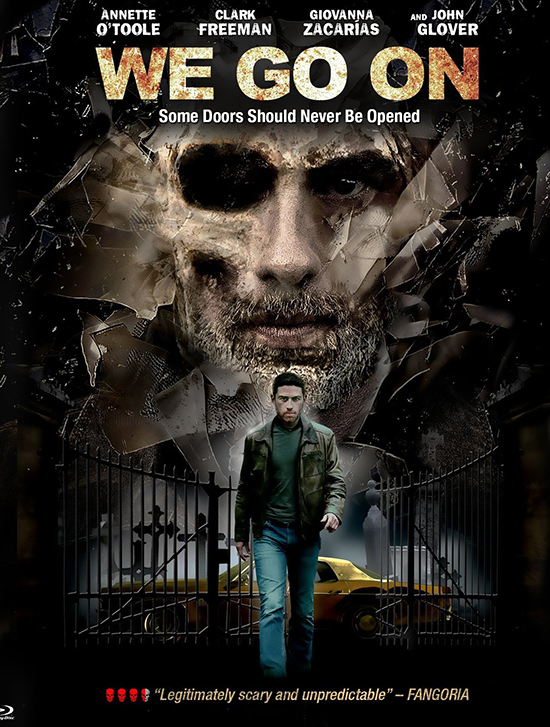 Paralyzed by his fear of dying, Miles Grissom takes out an advert offering 30000 dollars in reward money to the first person who can show him evidence of an angel, a demon, or prove that ghosts exist – anything to prove to him that we go on after our deaths. He narrows the responses down to three viable candidates – a scientist, a medium, and a worldly entrepreneur. Along with his protective mother, he embarks on an adventure through Los Angeles that will spiral into an unthinkable nightmare.

The last film from directors Jesse Holland and Andy Mitton was the horror in the woods flick known as YellowBrickRoad. Whilst the concept was high, the film suffered from being tonally all over the shop, with its quieter moments overshadowed by its nerve shredding violence. We all remember the leg scene right? Their second film, We Go On, sees the filmmakers approaching their storytelling with a much more focused mindset, whilst still maintaining the existential motif they started in YellowBrickRoad.

Miles Grissom (Clark Freeman) is a freelance editor and full-time walking bag of phobias. There’s not much that he isn’t scared of – cars, heights, clowns (probably) –  but the phobia that weighs him down the most is his fear of death; a fear crystalized after he witnessed his father dying in a car accident at the age of three. Deciding he can no longer be ruled by his fears, Miles sets out to find out what happens when we die. Are we food for the worms? Or is there something bigger out there? After all, with definitive proof of whether there’s an afterlife or not, we would probably all do more with our lives, wouldn’t we? Whether you’re a hardcore atheist or lifelong believer, the answer to the ultimate question would most certainly alter your world view. In Miles’ case, it would mean his fear has no control over him.

Miles puts an ad out offering a large cash prize to anyone who can give absolute proof that there is life after death. Concerned that his investigation might actually exasperate things with regards to his mental health, Mile’s mother, played by Annette O’Toole (Smallville), joins him in his quest to keep an eye on him. Whilst meeting up with fakes and frauds, Miles eventually thinks he’s met the real deal in Nelson, a roughneck mechanic played by Jay Dunn. Nelson guides Miles down a path that threatens to shatter his worldview and not in the way he’d hoped.

We Go On is certainly one of those films that requires going in with as little knowledge as possible. Holland and Mitton take what could have been an anthology film and turned it something so much more. The strength of the film is the relationship between Miles and his mother. Written so well that we can actually imagine them having a life off screen, O’Toole and Freeman are the core of the film. As Miles sinks deeper into his quest, O’Toole gives a heartbreaking performance. Without them there is no character, and no reason to invest in their future.

In a way, I was reminded of The Second Coming from writer Russell T Davies (Doctor Who), and how the subjects of religion and the afterlife were only convincing because of how the characters interacted on screen. It’s true of any horror – whether it be found footage or hardcore slasher – if you don’t believe the people, you won’t believe the story. 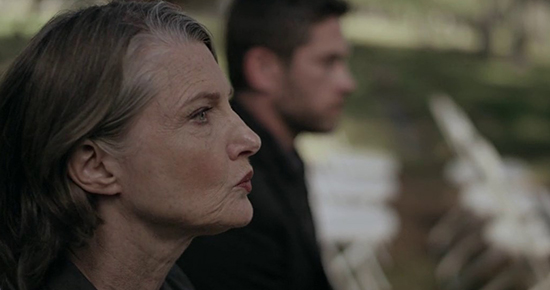 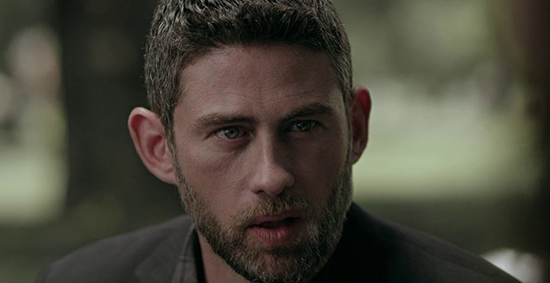 And whilst We Go On wants to tackle meatier subjects than people jumping out of  the shadows and shouting ‘boo!’, it still manages to successfully do the latter just as well. There are moments of pure terror that creep up on you and grab you by the neck before you even know what’s happening. Take for example, the scene where Miles finds himself confronted by a childhood friend who was murdered. It’s a textbook example of how you can you chill your audience’s blood. 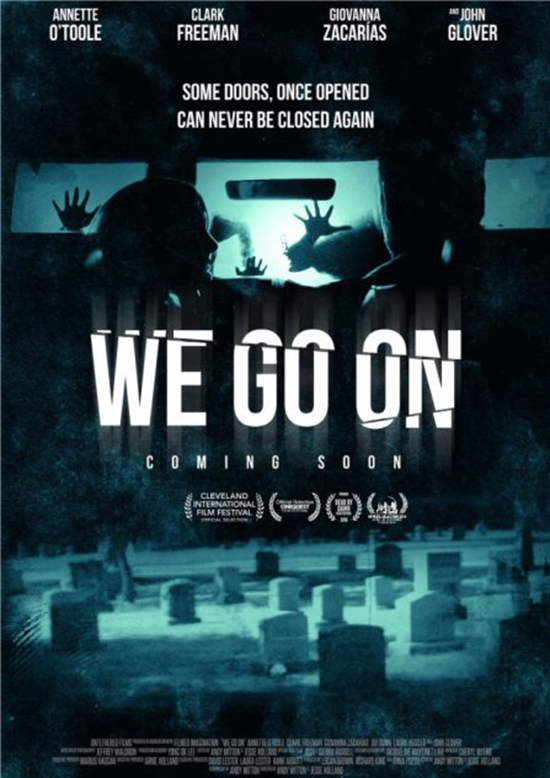 It’s not completely perfect, mind you. Once the film stops being a semi-road trip ghost story, We Go On seems to lose its way slightly. It’s not a horrific blemish on the film, but it does take you out for a bit. Thankfully, with so much going on, We Go On overcomes this wobble, continuing to be something that demands your attention right until the bitter end. If you’ve been looking for something different in your ghost stories, then this is what you’ve been waiting for.