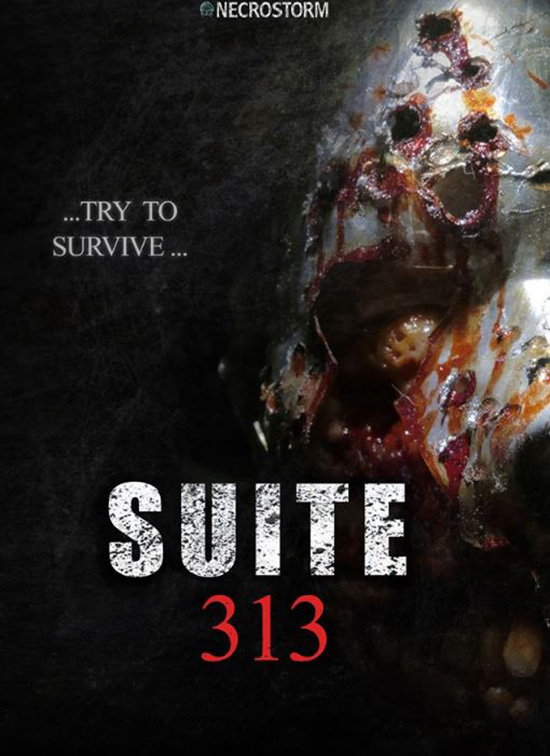 Special Agent Alexander Connor is sent to investigate a house, from which a woman named Sandra has made numerous 911 calls. Things become more complicated than expected for Agent Connor, as he finds he must also rescue a police officer who responded to the home 24 hours earlier. Soon, Agent Connor will discover a horrifying secret; that Sandra is one of LUMEN CORPORATION’s donors and has devoted her house to the corporation; a house which has been turned into a research lab for atrocious experiments performed on human beings.

Suite 313, another great bizarre demented creation from the team at Necrostorm. This one is filled with all sorts of uglies and curious things around every corner. Filmed in POV style, “Suite 313” is rooted just on the end of the 21st century. A corporation by the name of LUMEN has grown under suspicion with its cult-like secrecy. Various logistical centers are deployed housing its occupants who are said to have been delving in the elements of occult and science. Each tenant or member of LUMEN joins the organization under secrecy and donating 3/4 of their goods to the operation.

The premise of this film begins with a distress call per a Sandra Clarke who has called CENTRAL in hopes of them sending out another agent. The first agent, she claims, has been murdered which fuels an immediate reconnaissance mission. 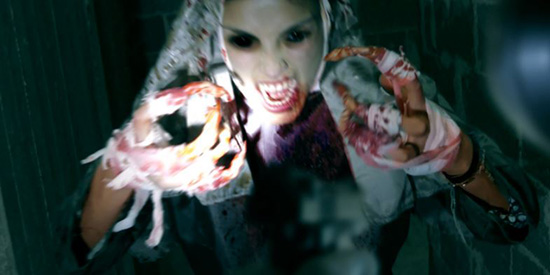 SGT agent Connor gets the call to investigate under the orders of doing so without any weapons in hand. According to his superior, the LUMEN organization forbids any weapons brought into their facilities. Connor is immediately sent to one of the LUMEN facilities located on Element St. 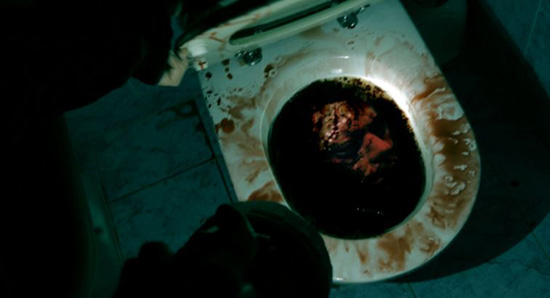 As agent Connor makes his way thru the building it is quickly apparent that an outbreak of violence has occurred resulting in an all out slaughter. Bloody sheets, a refrigerator full of chopped meat and various signs of struggle and chaos indicate something terrible has occurred in Suite 313, events that are unexplainable. Connor is soon contacted by Clarke who acts a guide and narrator to his surroundings. She instructs through-out the facilities while doing so under an equal threat of her own life. 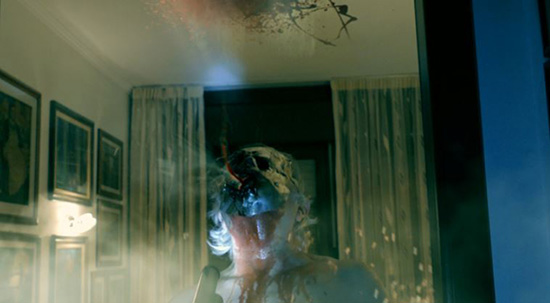 Now,I won’t bother to spoil all the fun with a play by play, however in summary this mission is a visual journey equipped with all sorts of odd creatures, entities, demons and what not. One might even feel as if they were watching a live version of Resident evil played out combined with the twisted nature of Silent Hill and [REC]. We are introduced to the surroundings as Connor is. Really at the end of the day, it is curiosity that funnels this experience.

To add to the fun, there is a subtle, but effective, use of humor interjected thru SGT Connor’s expressions and much-too-frequent verbal-abuse he puts his Miss Clarke thru. It’s great fun that lays nicely over the twisted nature of this film. 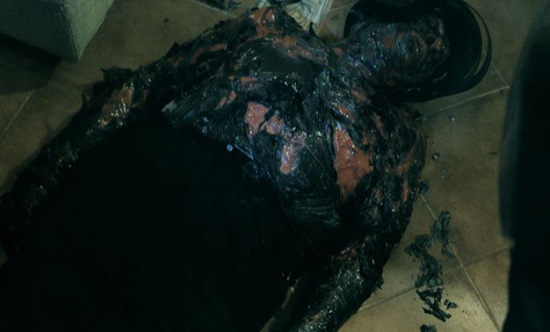 The bluray version looks great offering a fine blend of audio and visual.

Necrostorm has a reputation for taking their films to the next level. Each release seems to take on further explorations into the use of practical effects and digital trickery resulting in a rather unique blend of horror extremes. “Suite 313” is no exception with plenty of gore and sick images to infiltrate every aspect of your experience. What is even more refreshing is that no film seems of the same mold making sure to keeping the subject matter and premise original and inventive. This release appears to mark the first of Necrostorm’s bluray releases with all of its previous films being re-packaged. 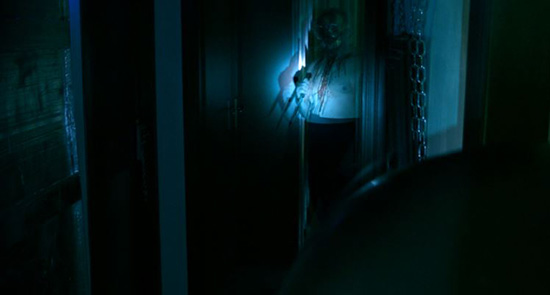 I will go as far as to recommend viewers stock up on the Necrostorm blurays as each offers a particular brand of gory outcomes and chaotic presentations. The FX team here are featured performers in their own right making sure to really present detail and death in a most realistic fashion. It’s all fiction of course, but the style also champions its expressive use of practical effects (so much that FX artists in general could benefit from keeping an eye of this team’s work). 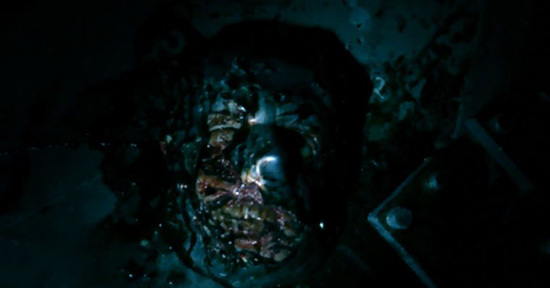 Is this film for everyone? I hope not as this style of fx meets gore is intended for a uniquely extreme group for viewers. If you didn’t get that from my earlier descriptions, then take heed now

Exciting as usual, this team hits it out of the park with a cool vile lil piece of cinema…..keep it up Necrostorm!