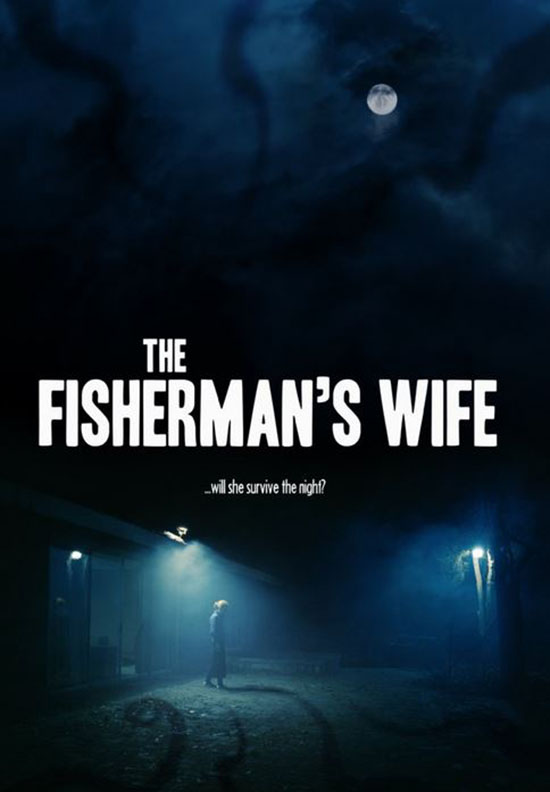 When her estranged, fishing-obsessed husband goes missing, Becky’s search leads her face to face with an unspeakable horror. Will she survive the night?

Our story opens on a fisherman named Frank (Stuart Rudin), doing a bit of night fishing off the pier behind his house. Something happens, though. We don’t know what exactly, but it doesn’t seem good.

Back at the house, Frank’s soon-to-be ex-wife Becky (Cynthia Granville) shows up for a planned meeting to sign papers to sell the house and split the proceeds as part of their divorce settlement. Frank, however, isn’t in the house. As Becky walks around looking for him, we start to get a better idea of what happened to Frank. The same fate awaits Becky, if she isn’t careful.

So interesting bit of trivia I learned about this film – turns out this is a Columbia University MFA thesis film born from a collaboration between students from three universities: Columbia, Washington College, and the Savannah College of Art and Design. The cabal has done an incredible job with this film.

Great production quality, incredible foley work and sound engineering. Even the score is perfectly arranged to carry the tale. I don’t want to give anything away, but there’s some really fun visual work and special effects in here.

I gotta give kudos to Ms. Granville for her performance in the film. Her character carries the bulk of the story and she had to have been a really good sport to go through some of what I imagine she had to deal with during the production.

This is good stuff, folks. It’s a classic horror story, presented with all the trimmings and none of the fluff.

Using my special short scale of one to five, five being awesome, I’m giving this film 5 fish.