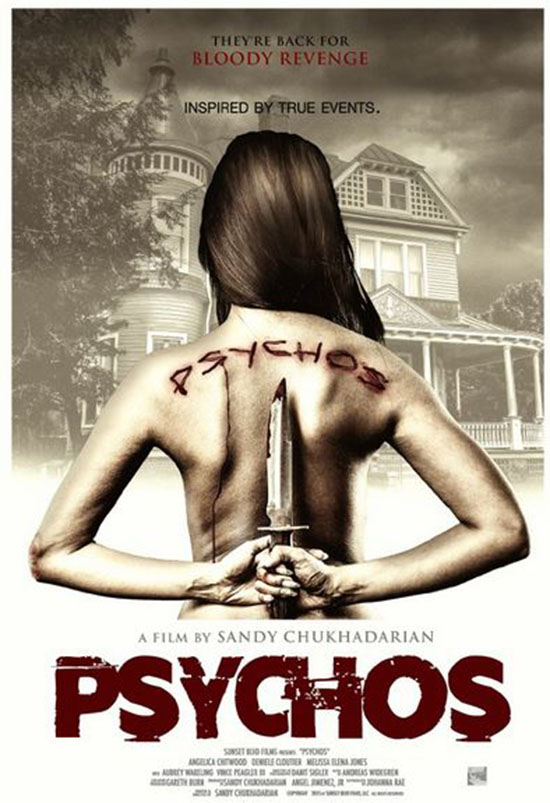 Psychos is a revenge film that darn near finds its footing, but ultimately fails to find much of anything worth noting. Of late, I’ve grown pathologically fixated on films’ opening scenes. I’ve proceeded to become nigh obsessive about cataloguing films in my mind based on those scenes. As a result, I tend to focus in on opening scenes very carefully these days. 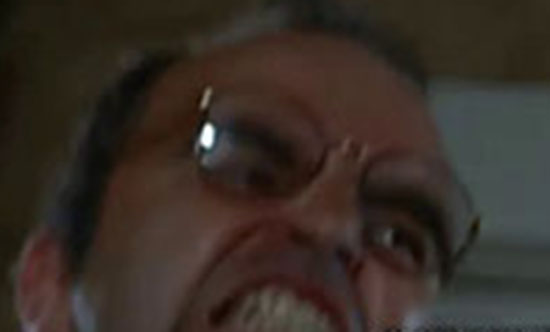 This one starts off fairly well: a pair of standard police officers converge on a middle class house, to find what appears to be blood on the front sidewalk. Seeing the front door open, they loudly announce themselves and enter the quiet home (in the daylight) and find a few strange bits scattered about, including a disturbing item in a flower pot. At this point, one of the cops mumbles something and crosses himself. For some reason: I thought, ‘If that guy’s Catholic, I’m the Pharaoh’s nephew!’ They proceed dutifully up the stairs to find what we presume is a dead guy lying on a bed…..only to discover he’s still alive.

Officer Whomever calls in, way too calmly for my comfort level—all the standard stuff, demanding EMS. His actions add to the odd hilarity of the moment, mind you, as he never even asks the guy, ‘Sir, what happened here?’ or anything of that ilk. We’re then slowly introduced to our three key protagonists, each of whom have their own sordid ‘skeletons’ as-it-were. Good character driven horror is a hard thing to find (trust me, I’ve earned the right to say that!), and as mentioned earlier, this one honestly tries. Each of the main characters get a great deal of screen time, and the dialogue isn’t entirely horrible (in most places). 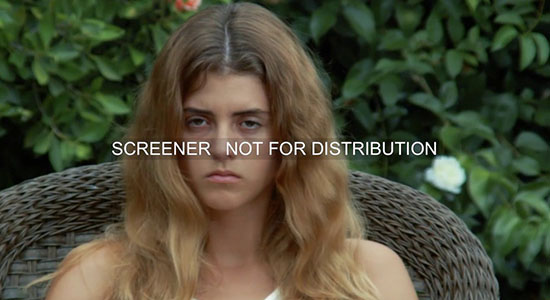 In a world where people are on YouTube, trying to be taken seriously by reviewing film trailers(!!!)- -I guess anything is OK these days! One of the characters is a teacher, who’s doing an excellent job of doing a terrible job. J.J. is flunking out of med school and to round out the trio, we have Sasha—a stripper with addiction problems. Although each of them have their own emotional scars, for the life of me, I couldn’t make myself like a single one of them!

Now, right here at the mid point, I’ll throw this film a bone: it delivers on dark and disturbing themes, yes it does, oh, yes it does. But that still doesn’t account for its overall lack of cohesion and general follow through . It’s produced, directed, co-written and edited by Sandy Chukhadarian who claims it was heavily inspired by the real life story of the three women in Cleveland, Ohio who were kidnapped and held captive in a house for 10 years. I didn’t find much online about her, save for a few bits about her days as an editor. 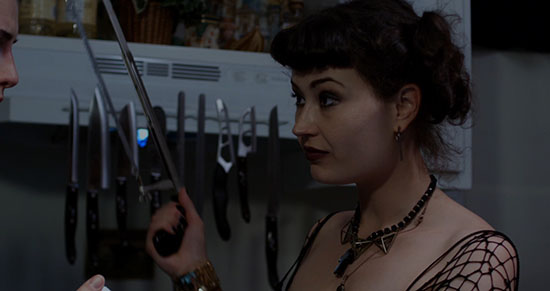 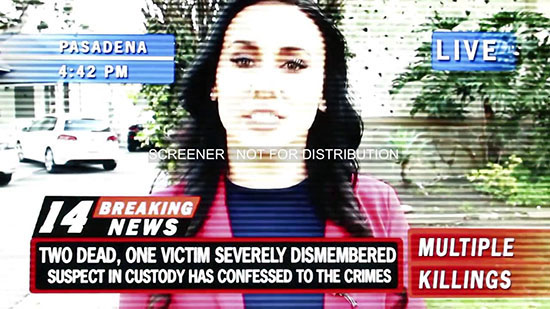 A few hum drum interviews scattered about did a poor job of filling in the gaps pertaining to her career. Maybe that’s an indicator of where she is in her career and everybody has to start somewhere, right? But if she’s going to go far, she’ll have to do better than this! The fundamental premise here is that our heroines decide to launch this little revenge and DVD-recovery(don’t ask) plot, against the person who mistreated them long, long ago.

As you might guess, deciding how the action will be taken involves a lot of long winded arguing and huffing in a parked car. The problem, however, is they happen to break in around the time Mr. Super Creepy is remembering the ‘good old days’ back when he used to torture the young innocents. Sounds like a great set-up, and technically, it is; but the response just falls flat. If you watch a lot of horror, chances are this won’t be the worst movie you watch this year…but I guarantee it won’t be the best either!