NIGHT OF THE DEMONS is coming to cinemas September 17th

The film will be available on DVD and Blu-ray 11th October 2010.

Night of the Demons, directed by Adam Geirasch (Autopsy) and starring Shannon Elizabeth (American Pie, Scary Movie), Edward Furlong (Terminator 2, American History X) and Monica Keena (Freddy Vs Jason), is a rocking remake of the 1988 cult classic about a bunch of kids who go to a Halloween party and end up in a face off against a group of Demons. 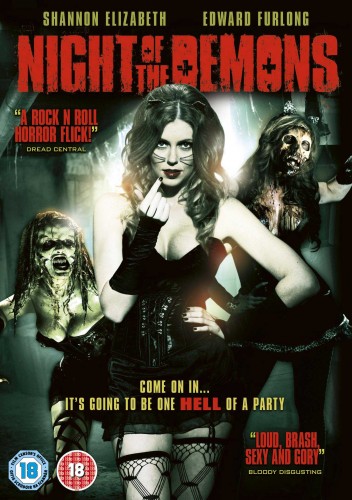 Synopsis:
Maddie Curtis (Keena) and her friends Lily (Baird) and Suzanne (Luther) are ready for a great Halloween night. They’re going to a party thrown by their friend Angela (Elizabeth) at the notorious Broussard Mansion in New Orleans. Over eighty years ago, six people disappeared from the mansion without a trace – and the owner, Evangeline Broussard, hung herself.

Angela, Maddie, Lily, Jason (Beach), Dex (Copon), Colin (Furlong) and Suzanne are left alone in the mansion when police bust up the party. Their cell phones don’t work and the mansion gates are now mysteriously locked. The group soon discover that the Broussard Mansion is home to demons that need to possess seven vessels to break free of their ancient curse.

One by one they fall victim, transforming into hideous creatures. Only Maddie, Colin and Jason remain – but can they make it through the night and keep evil forces from spreading into the world?

Get ready for the night of your life when Night of the Demons is released on DVD and Blu Ray on 11 October. 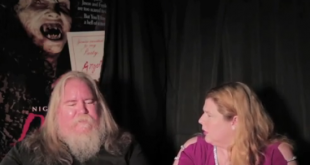 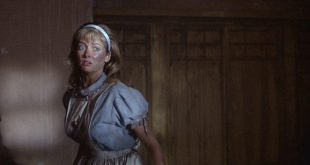 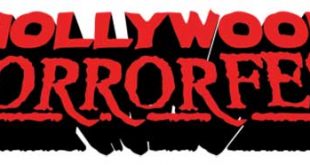