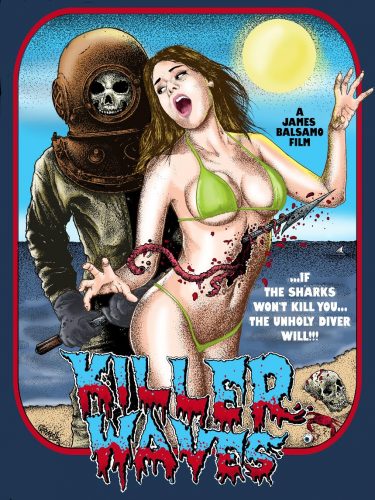 Beware the Unholy Diver. A slasher is killing surfers to make a human flesh surfboard. Detective John Holster is on the case, working day and night to solve the strange disappearances of people and the stranger appearances of body parts washing up on the beach. Sharks are the last of your worries while the Unholy Diver is on the loose. Beware this skull-faced crazed psychopath dressed in an old deep sea diver suit and armed with a hook, harpoon, trident, and just about anything else that’ll tear your flesh apart! Big breasted bikini babes are turned into piles of blood and gore, while Detective Holster shakes up the streets of Los Angeles tracking down this maniac. When you come to this beach don’t forget to bring a towel, and a casket! You’ll see sun, surf and slaughter in horror-thriller. Let this tidal wave of blood wash over you in “Killer Waves”

Writer, Director, and Star James Balsamo brings us a new film that will delight and tickle your funny bone and then break it. Killer Waves is a gnarly surf horror comedy from the mind of the guy that brought you “Catch of the Day” and “Bite School” 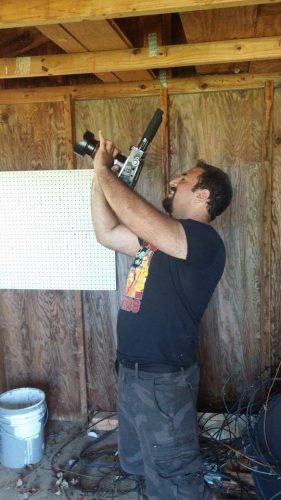 If you are reading this review you most likely have some interest in the movie and I will give you fair warning it’s not gonna be for everyone. There are a ton of puns in the film. If Axel (James Balsamo’s character) doesn’t supply you with enough… the lead villain, The Unholy Diver (Also voiced by James Balsamo) will. 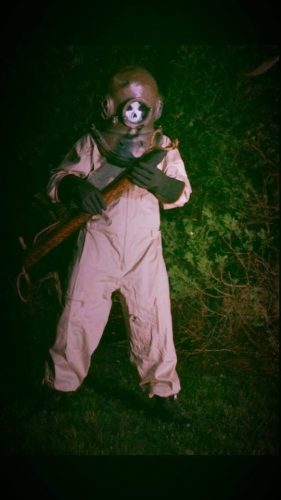 How do I describe a film like this… well pretty much like most if not all James’ flicks. First there is a whole lot of cameos by big time actors. In this case it’s Robert Maillet, Robert Kurtzman, Frank Mullen, Nadia White, Genoveva Rossi, and many others. 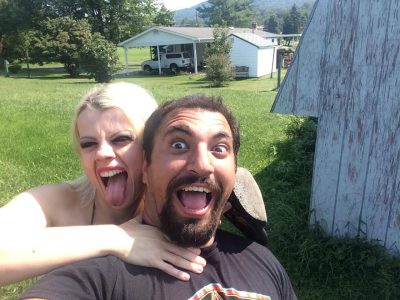 Then you have tons of nudity. I feel like James decides to out-do himself each movie he does because he just keeps getting more nudity. 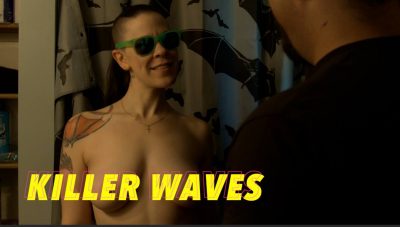 And last but not least comes the gore. His movies are filled to the brim with gore. I love it each time I see it. A lot more practical FX than CGI it seems. And I love seeing practical FX 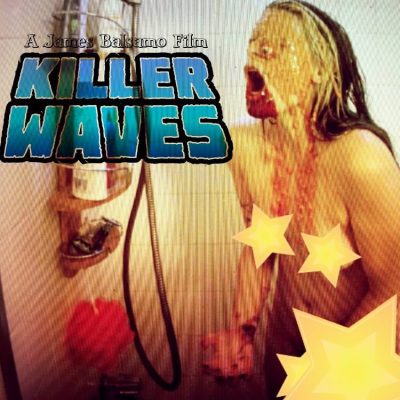 My only complaint with the film would be that James isn’t really the lead. Maybe I’m just so used to him being in almost every scene and this one he stepped back. I don’t know if he did it because he wanted to concentrate on directing. Or if he just wanted to give himself a break. But I always loved seeing him as the lead. It more focused on the cops and all the other side characters. Which was fun, don’t get me wrong. It just threw me off a bit. 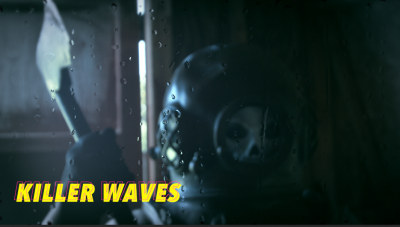 All in all I’d say this was a fun movie. If you watched his other movies then this is very much up there. And maybe if they ever do a Killer Waves two they’d bring Rod Davis (From his film Catch of the Day) in there to solve the mystery. That’d be fun! 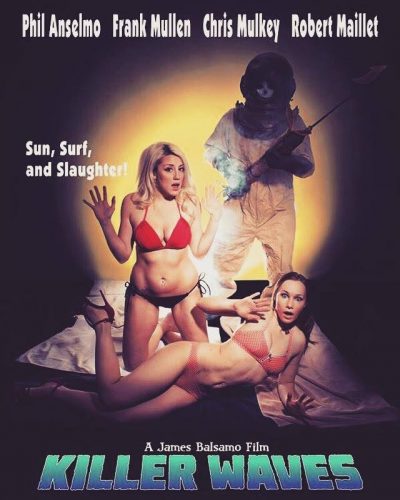 You can rent it on Vimeo On Demand  now: