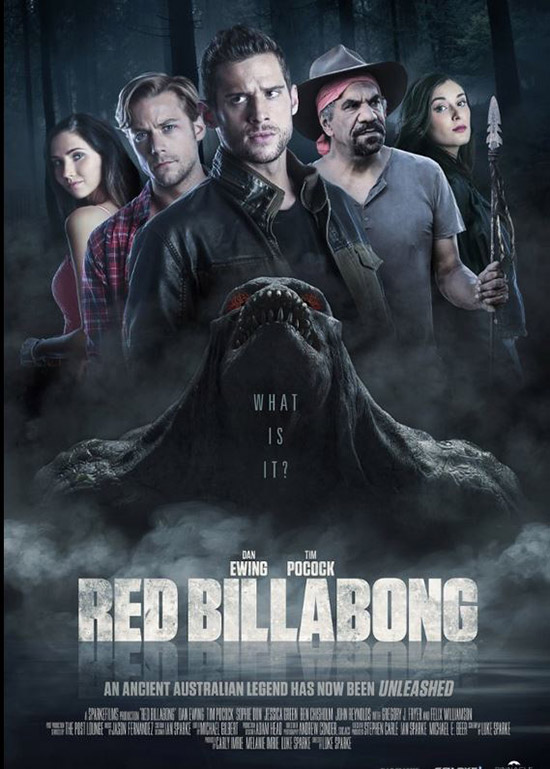 In the Australian Outback, two brothers discover old secrets and family lies. As their friends start to go missing they fear they are being stalked by someone or something from their worst nightmares – But is it just – A story? A legend? A hoax? Or is it real?

Red Billabong was filmed in Queensland, Australia and the cinematography is just beautiful.  Nick (Dan Ewing) goes to visit his brother Tristan (Tim Pocock) in the Outback, and is given a letter from their granddad about who should get the land their family owns.  Also, as soon as Nick arrives, he and Tristan find a mutilated kangaroo, which would seem to have something to do with the opening sequence of the film, that hinted at some kind of mysterious creature.

The brothers are trying to decide if they should sell the land their father left them. Their grandad wants them to sell the land to a developer, Mr. Richards (Felix Williamson), but there is also an Aboriginal group led by Mr. Garvey (Bruce R. Carter) that wants to buy the land. There seems to be some kind of spiritual element to why the Aboriginals want the land. The brothers hear strange animal like sounds coming from the woods at night. In the morning they discover large scratches on the outside of the house. Tristan’s friend BJ (Ben Chisholm) arrives with Rebecca (Jessica Green), Anya (Sophie Don), Kate (Emily Joy), and Jason (James Straiton) and they have a party. During the party, they all hear the strange sounds coming from the forest and Jason wanders off and starts screaming for help. When Nick finds him, he sees what looks like red glowing eyes in the trees. Everyone says that Jason had too much to drink or was doing mushrooms to explain away what happened.  There was also a love story between Nick and Anya, who used to be engaged, but now Anya is with BJ. As the story develops, Anya and Nick realize that maybe they should get back together.

While going through some old boxes, Nick finds a newspaper article about some missing people, including someone named Clyde (Col Elliott) who was a Cryptozoologist. Rebecca goes missing and everyone, except for Nick and Anya, goes to look for her. Nick and Anya go to Mr. Richard’s office and find evidence that he’s been studying some kind of unusual animal. Tristan and Nick’s father Sam (John Reynolds) shows up with a bunch of military men and tells Tristan that there is a creature that killed their grandparents.  Sam also tells Tristan a story about three women that were possessed by the creature and that it needs to do this again to complete it’s cycle. The only woman that isn’t possessed is Anya, and she’s trying to escape before the creature can get to her.  Mr. Garvey tells Nick the same story, about something called the Banya that lives in the billabongs, which are the lakes in the area. Both Nick and Tristan think that it could be a hoax or just a legend, until they actually see the creature, and then they believe the story. 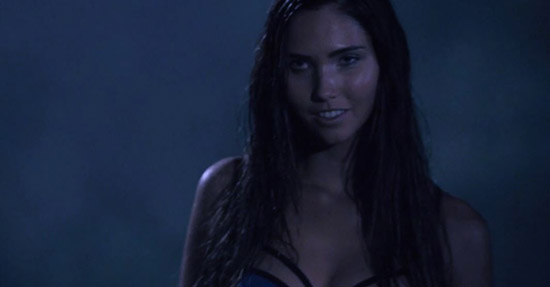 Sam wants to capture the creature and get paid money by people who want to study it. Mr. Garvey wants to stop the creature by using a special didgeridoo that somehow sends it back to wherever it came from. This part of the story was a little confusing, but I just went with it because the film was so well done.  The creature effects were good and there were some great scary moments. The Banya looked like a combination of old school stop start motion and CGI, but it was still effective. 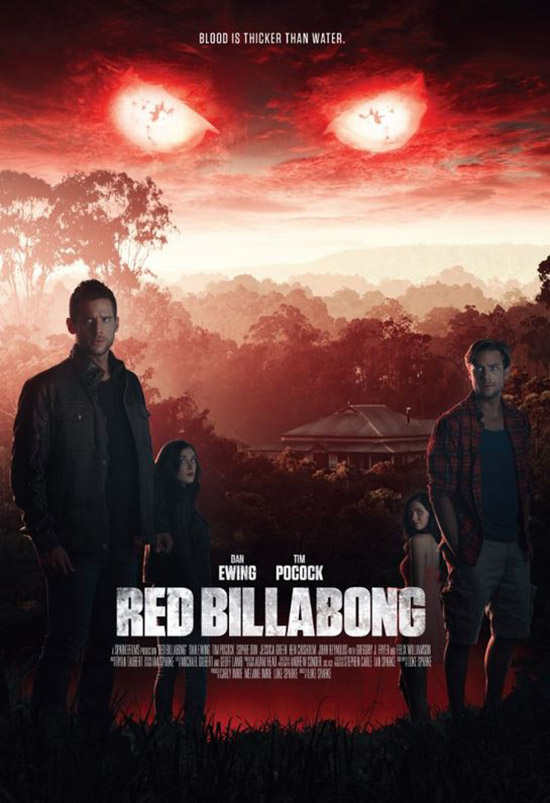 The acting was solid and the characters were believable. There were only a couple of slow points and I think that was because the film was so long. Towards the end of the film it turned into an action film and it was pretty intense. For a horror film the ending was almost bittersweet.  Writer/Director  Luke Sparke did a great job  telling an original story, especially for this to be his second film.