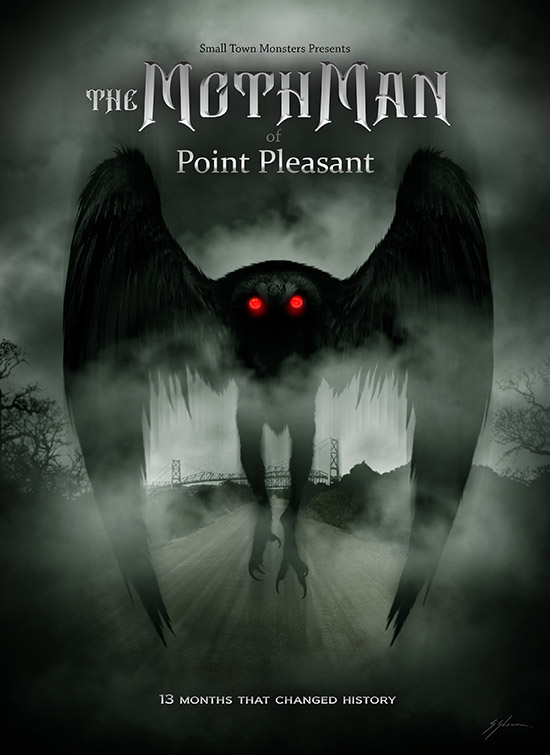 Ahead of the launch of a crowdfunding campaign, Monster documentary gets a one-sheet
Point Pleasant, Mason County, West Virginia – Jan, 17 2017 –
Small Town Monsters, the company behind The Mothman of Point Pleasant, has unveiled the official poster (created by horror artist, Sam Shearon) for their feature film. The company is promising a brand new take on the Mothman stories, including aspects never told before the documentary which is being funded through a Kickstarter campaign launching on February 2nd.  While the crowdfunding campaign is mostly focused on Mothman, it will also help drive forward the production of Invasion on Chestnut Ridge, another STM film, which is scheduled for release around Halloween.
The campaign is offering a Mothman statue (designed and sculpted by Jean St Jean and produced by CreatuReplica) as one of its primary rewards. Other rewards include getting your name in the credits of both films, a Mothman t-shirt created by Sam Shearon, an exclusive cryptid poster by Matt Harris, DVD copies of the films and much more. The campaign also offers the opportunity for backers to watch a pre-release copy of “Mothman” ahead of its official release this June.
The Mothman of Point Pleasant will tell the truly bizarre story of thirteen months that changed the town of Point Pleasant forever. It promises the first in-depth, chronological look at not just the Mothman-creature encounters but all of the unusual activity which took place around the town and seemed to culminate with the collapse of the Silver Bridge. The Silver Bridge incident claimed the lives of 46 people in 1967, an event which still affects the community to this day.
Invasion on Chestnut Ridge, the second film slated for release from Small Town Monsters in 2017, is the first STM documentary to focus on UFOs. The documentary tells the strange tale of the Chestnut Ridge, a one hundred mile stretch of land where eerie events have been transpiring for decades. The town at the heart of this story is the rural community of Kecksburg, Pennsylvania where, in December of 1965, many local residents claimed to see a UFO crash in a nearby forest. Since 1965, events have transpired on “the ridge” that truly stretch the boundaries of our reality.
Previous Small Town Monsters films include Beast of Whitehall and Boggy Creek Monster. Both films recently took honors at the Hollywood International Independent Documentary Awards. The entire series is available on DVD through their online storefront (shop.smalltownmonsters.com) as well as streaming through Vimeo OnDemand, Amazon Instant Video and soon, iTunes and Google Play.
To learn more about the Kickstarter visit the page at The Mothman of Point Pleasant and Invasion on Chestnut Ridge.
Share 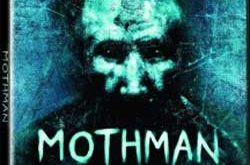 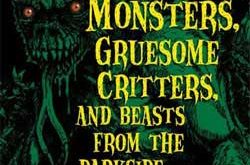