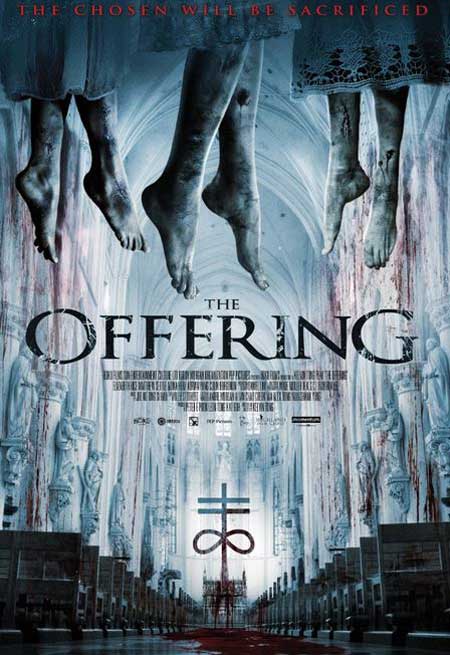 When young and successful reporter Jamie finds out that her sister has died in mysterious circumstances, she travels to Singapore to uncover the truth. There, she discovers multiple deaths linked to her sister’s and must join forces with her sister’s husband in order to defeat a demonic entity that is using new technology to complete an ancient mission

Possession is one of the most common occurrences in horror. Flip a coin. If it lands on heads, the movie involves possession. There is a fear among audiences of losing all control of their bodies. The words spoken, the movements made… Everything becomes controlled by some other force. The person becomes a puppet for a demon, ghost or other supernatural being. Movies have tapped into that fear throughout the years, showing people lose their motor functions and become a vessel for something else. Their family and friends suffer through this traumatizing event.

The Faith of Anna Waters, also known as The Offering, is a 2016 movie that tackled this concept in a semi-effective way. Jamie (Elizabeth Rice) visited Singapore after the untimely death of her sister, Anna (Rayann Condy). She spent some time with her niece, Katie (Adina Herz) before discovering that there may have a more sinister reason for her sister’s death than plain old suicide. Father James De Silva (Colin Borgonon) and Father Matthew Tan (Adrian Pang) were investigating the rise of the Tower of Babel at the same time, and the two stories crossed to spell potential doom for Earth.

The horror within The Faith of Anna Waters worked well. There was a good sense of building tension as the events grew exceedingly dangerous. One of the main story beats was a series of suicides leading toward the rebuilding of the Tower of Babel. Each suicide was more disturbing than what came before. It began with Anna’s suicide, which had the least impact on the viewer but managed to kick-start the story, and then escalated to the main characters attempting to harm themselves in surprisingly disturbing ways. This upward trajectory helped the movie not feel stale or boring. It increased the stakes and danger to a good degree. 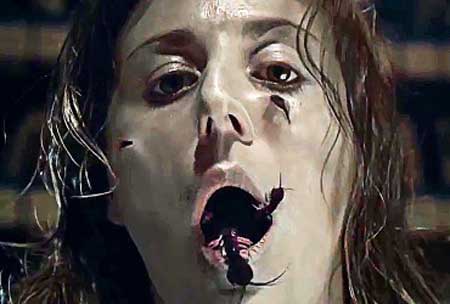 That wasn’t the only source of terror. The mixture of camerawork and music cues was able to manipulate without feeling overdone or obvious. Director Kelvin Tong brought a knowledge of basic horror tricks to create chills and thrills in moments that didn’t feel directly tied to the mystery. Part of this could also be attributed to the interwoven storylines involving religion, possession, hauntings, and self-mutilation. But much of the impact was from these non-story moments. They brought a tone to the movie that could have been missed otherwise. They made the story scary, when it could have easily gone off the rails into a campy or boring territory.

One area where The Faith of Anna Waters wasn’t successful was in the possession and exorcism story of the final third. It all hinged upon the child actress. Adina Herz was okay in her role through most of the movie, but she couldn’t believably play the demonic force in her body. It bordered upon ridiculous. It may be too much to ask a 12-14 year old child to give a great performance. Yet the movie asked that of her, placing her in a pivotal position. It didn’t ruin what was happening, but it was a glaring misstep in a perfectly fine horror movie. 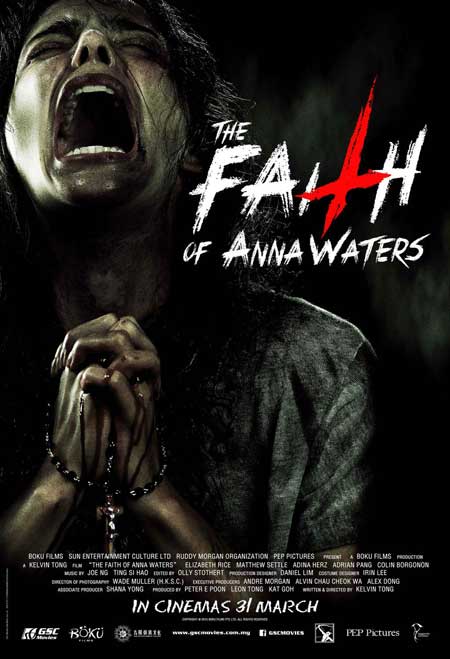 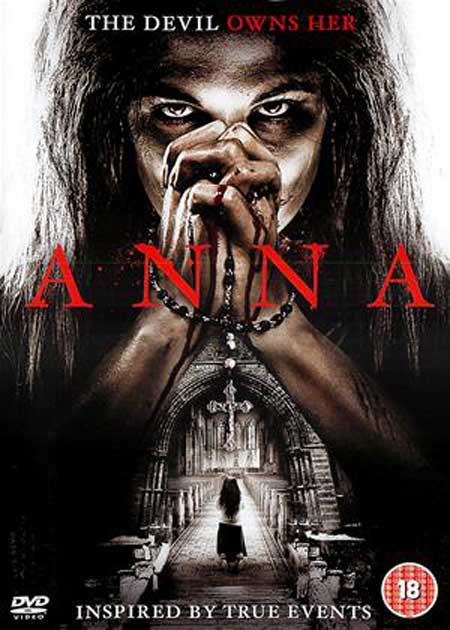 The Faith of Anna Waters was a movie based in the faith of the characters. Through the possession and the rebuilding of the Tower of Babel, their faith was tested. This faith brought Anna Waters to her suicide. Her conviction brought her sister to Singapore, and that was how Jamie unravelled the mystery. Faith in religion began the story and faith in life ended it. The movie hinged on faith. The death that it brought struck a horrific chord. The Faith of Anna Waters will not be a classic that people will continue to watch. It is, however, a movie that can be turned on and enjoyed without any real problems. It’s an easy watch and one that won’t leave any regrets.