This October on  Troma Now is a Double-Feature World Premiere HALLOWEEN GRINDHOUSE!!
Halloween Grindhouse” is the theme of the month on Troma Now in October and the special treat for subscribers isn’t a razor blade in your apple, it’s an addition of TWO World Premiere titles for a grindhouse themed double-feature. Troma Now presents World- Premiere Movies, uncensored content , commercial-free streaming and first access to exclusive content for subscribers for only $4.99 a month with the f first month FREE!!!, it was announced today by Lloyd Kaufman, prexy of Troma Entertainment and creator of The Toxic Avenger. 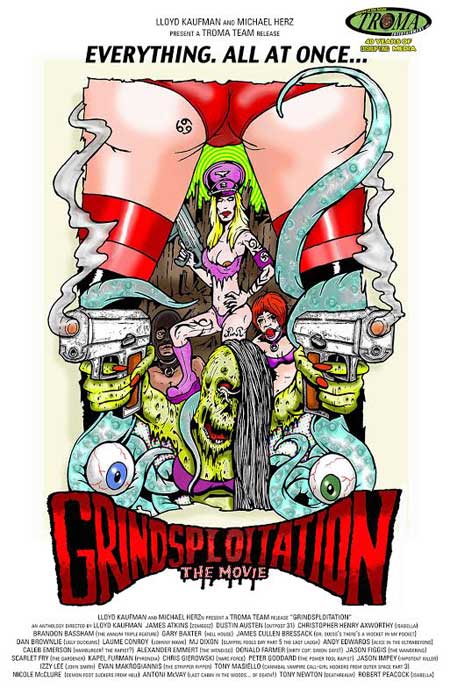 World Premiere title from Ken Cosentino, Dead Inside, follows the story of Albert, a timid homosexual teen, becomes trapped in a house with other survivors during a zombie apocalypse. As ravenous corpses fill the street, terrorizing everything in their path, the survivors inside the house must work together to stay off the menu. Dead Inside is a psychological thriller with zombies, paying homage to the last fifty years of zombie films. Second Troma Now World Premiere title Grindsploitation Is a all out, balls deep, mind f**k of a movie going experience! Grindsploitation is an anthology film produced by Tony Newton, creator of VHS Lives: A Shlockumentary.

Nudity and violence, the trusted trademarks of exploitation cinema. are the themes of Tony Newton’s anthology, Grindsploitation. 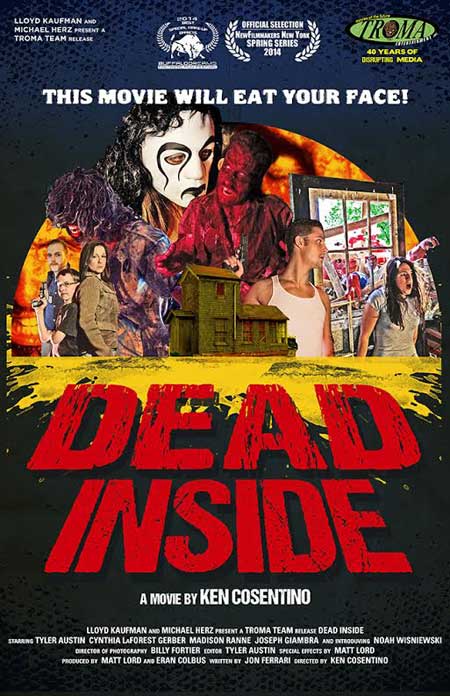 Grindsploitation is full of faux movie trailers, short films and faux banned scenes, this non stop hell ride into Grindsploitation cinema is like being transported back to the 1970’s heyday complete with that adult film star mustache! Grab a beer and be prepared to experience Grindsploitation! Once seen you cannot erase this from your memory!!