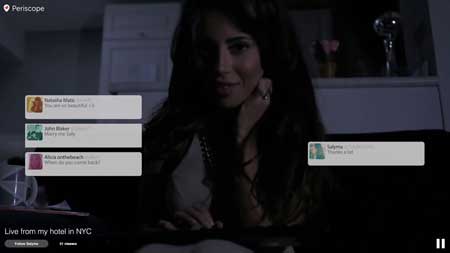 Salyma, a 25 years old model, is in NYC for a shooting and she speaks with her fans on periscope, but something really strange happen in her room…

This is a very short film, so I can’t say a whole lot without giving it away. Basically a model named Salyma (the actress’ real name, according to the credits) is having some video chat time on location at her lush condo/apartment/hotel.

Her followers start noticing something going on in the background and try to warn her, but she thinks they are pranking her. 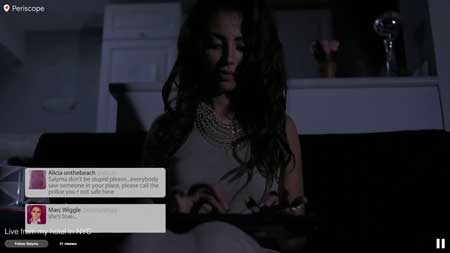 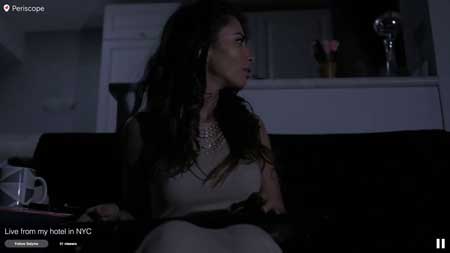 Yea that’s all you’re gonna get from me.

I do like that the film uses a social media platform like Periscope as the setting for the story. These are the sort of urban legends we hear about all the time and it makes a perfect setting in which to set a scary story.

Short, sweet, to the point, and not bad at all.

Using my special short scale of one to five, five being awesome, I’m giving this film 3 likes.