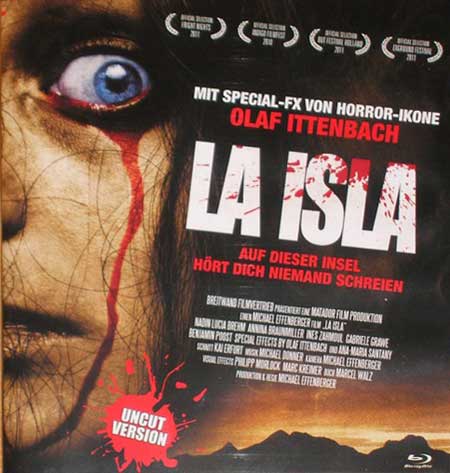 A voodoo priestess sees creatures rising from the grave after performing a blood ritual. Two roommates, one of whom is pregnant, confront the evil and must escape with their lives.

A German zombie movie that is in no way original, La Isla opens with a voodoo priestess who is performing a ritual that either summons the dead or allows her to see visions of what is to come: we’re not sure which, and the film never really clarifies, though we’re led to believe she just has a vision . She winds up with a nose bleed, but, naturally, the zombies she sees in  her visions concerns her a tad more. She runs to a giant stone cross and falls to her knees, trying to do what she can to stop what is coming. 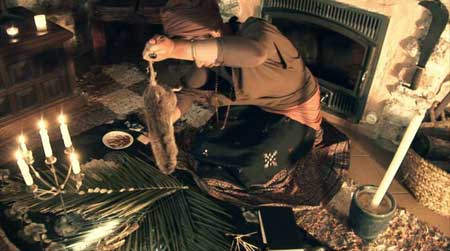 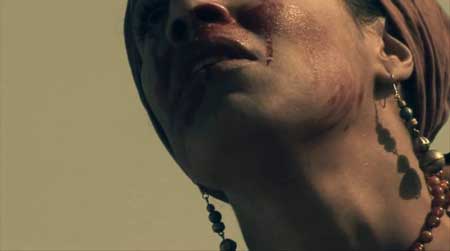 The film then jumps to two female roommates who must travel to the same island the priestess lives on to attend the funeral of the pregnant one’s father. When mysterious events unfold, including the bloody loss of the baby, they are forced to fight their way to safety. Aided by the aforementioned priestess and the hunky German that the non-pregnant roommate meets, they make an unsuccessful bid to escape. One girl survives, rescued from the shore of the island by a random guy in a boat who doesn’t figure into the story in any other way whatsoever.

La Isla is just another of your standard zombie movies, it just happens to be in German and be pretty terrible. One of the girls does kinda look like Courtney Cox, so that’s kinda cool I suppose (I’ll admit: I love bizarre, intensely disturbing horror movies and the occasional Friends binge, though Jennifer Aniston is more of my cup of tea). 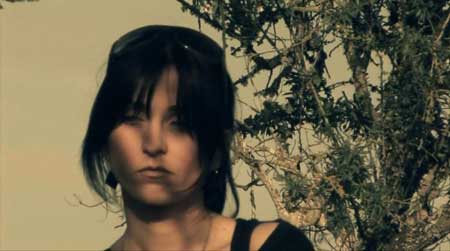 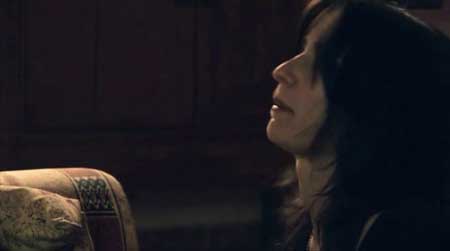 She doesn’t have very good taste in men, either: the “hunky man” she meets tries to save her from zombies… by running directly at a group of them and leaping into their waiting arms. Like, he doesn’t have a weapon, he doesn’t try to fight… He runs at them, arms flailing, and is bitten to death. Needless to say, the acting in this one was more than a little terrible, and the plot was practically nonexistent. However, anytime I have to watch a German movie, I walk away thankful if it’s not filled with extreme p*rn. That’s what they’re known for, if South Park has taught me anything.

German Monica Gellar-Bing was kinda cute, but she’s pretty useless as well (so maybe the guy she picked was perfect for her). The only really gory part in the film is when she breaks her leg, severely, to the point that a bone sticks through the skin, but she manages to run along like nothing happened shortly thereafter. I don’t think she’s supposed to have any superpowers, I think the writers just forgot that she broke her leg. The pregnant woman is clearly not pregnant, and she’s not wearing a fat suit either. It looks like she just has something strapped to her, perhaps a pillow or some other sort of padding. This does not help in her escape in any way, and she goes down fairly quickly once shit kicks off. 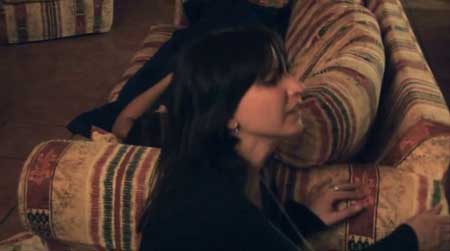 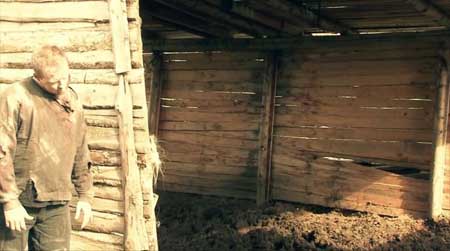 And finally, we have the woman who the two women are staying with, who attempts to protect herself from the zombie invasion with salt. Just salt. When this works, because apparently they’re voodoo zombies (leading me to believe that the priestess actually did summon them), we start to wonder if maybe there’s more to this woman than meets the eye, and, surprise!, there is. She turns out to be bad all along! But then the zombies eat her with little to no fanfare, because of course they do.

This one was just lazy, honestly, and that was the biggest problem with it. There was nothing new, there was no new take on anything, and there wasn’t even an attempt at any action sequences. It was just kinda like, ahhh, zombies, lets run at them so our characters can die a horrible death and we can go eat at the catering table. The rushed, hasty entrance of the man with the boat at the end is sloppy, and a perfect example of the deus ex machina that was needed to bring this film to the finish line. The problem is that it was lagging behind the already dense field of zombie movies before it crossed said finish line. 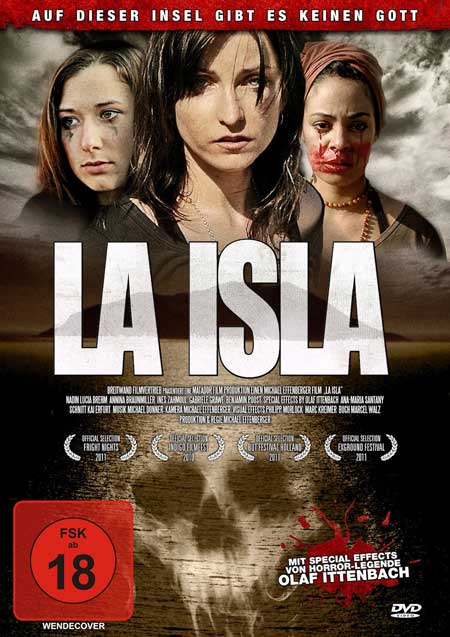 This one can be avoided. There’s really no need to watch it as it doesn’t add anything to the lore, nor does it serve to advance the genre in any way. Just another run-of-the-mill foreign zombie movie, with slightly more blood than Twilight. And we all know that ain’t saying a whole lot.