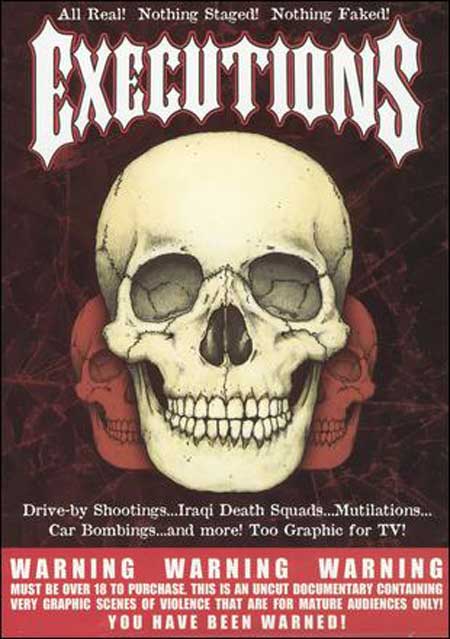 A documentary examines the history and scope of all the different types of executions around the world in an attempt to end the “barbaric practice.”

Full disclosure: I’m a proponent of the death penalty, at least in general. If that offends you, feel free to stop reading now. That being said, I also am not here to spread my worldview or political affiliation, so if the mere thought of someone disagreeing with you doesn’t bother or offend you, please feel free to read on. 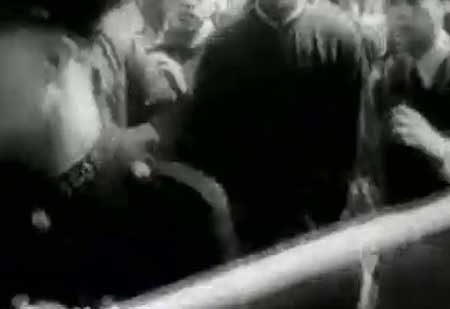 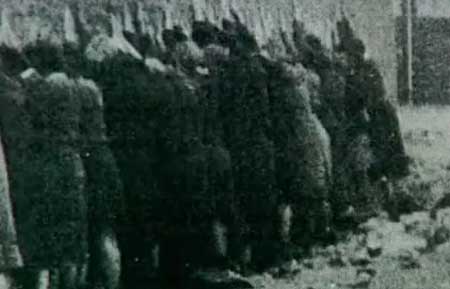 Another full disclosure: I’m a HUGE fan of documentaries. My wife and I watch them pretty much religiously, and we generally partake of 2-3 a week at least. Generally, an effective documentary not only shows the subject from the point of view of the filmmaker, but also attempts to persuade the viewer to see and agree with their side. As a reviewer, I am forced to play devil’s advocate and try to present a more balanced view (even if I agree with the point the filmmakers are trying to make).

Executions, a documentary made in 1995 (ready to feel old? 21 years ago), provides us with an interesting history in modern execution methods. It’s made as an argument against the death penalty, opening with the words “The death penalty is a barbaric abomination that has no place in civilized society.” So it’s clear what side the filmmakers fall on in this debate. They describe (and show) in brutal detail the histories of beheadings, stoning (generally reserved for women for some reason, though that segment of the film is opened with the stoning death of a male police officer), the guillotine, firing squad, and more. We’re given a fascinating view of execution methods throughout history, some of which are quite nasty indeed. However, pointing out the horrible ways that the Middle Eastern world executes people is not, and perhaps should not be, a deterrent to those living in the civilized world. 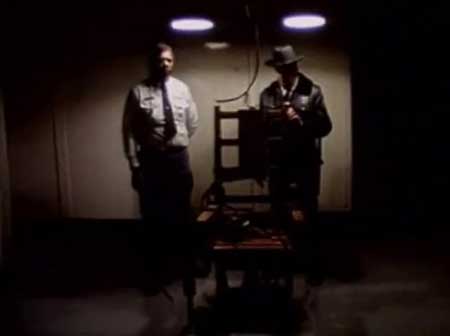 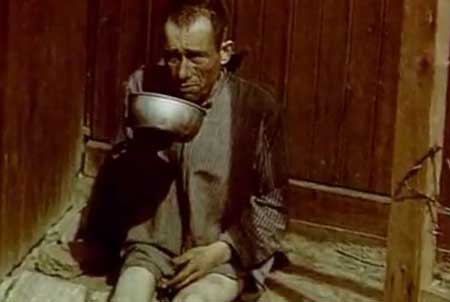 The filmmakers here intend their film to be an indictment on the death penalty, but instead we get a statement that “these horrible examples of Stalinist Russia, Nazi Germany, the Middle Eastern countries like Yemen, Hussein-era Iraq, and Saudi Arabia, not to mention Apartheid-era South Africa, were bad places to be executed. Well… yeah. Obviously. That’s not really a controversial opinion, nor does it have much to do with the modern state of capital punishment in America or Europe. And that’s where this documentary falls apart to me. 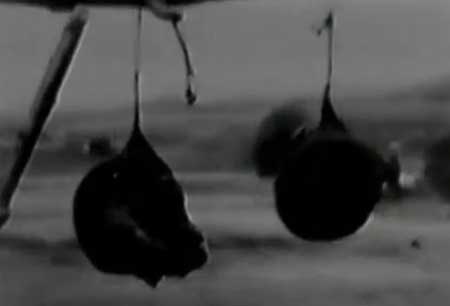 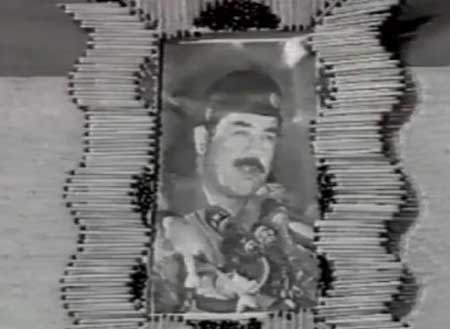 I’m left believing this is a pretty good documentary on the killing techniques used in the Holocaust, which the movie spends more time on than any other topic or any other country. They try to point out that the Nazis made killing more humane, which made it more efficient and easier on the executioners, which in turn made more people die. Interesting point, sure, and not one I’ve seen brought up often, but its not particularly effective in proving the point that executions in and of themselves are bad. We get around ten minutes of film time on lethal injection and the electric chair combined, most of which is spent detailing how someone is strapped into the electric chair, and then its back to how the Nazis brought back guillotine beheadings. I don’t know how many times I have to tell people, comparing folks to Nazis is not a great way to win them to your side. 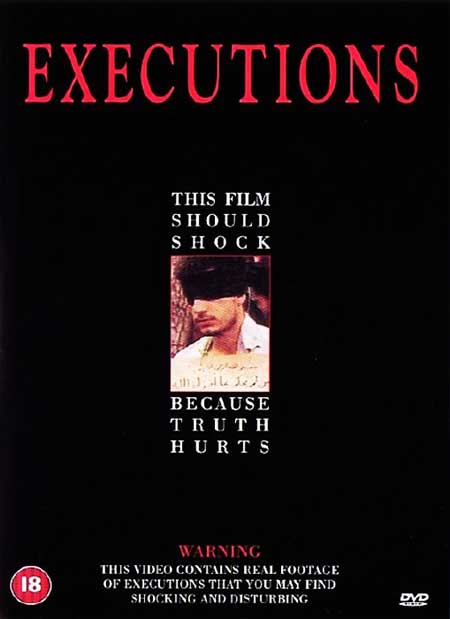 They use all of this research and footage to tell us that “no matter how we kill people, its inhumane.” What? The argument chiefly used is that we got some of the ideas for lethal injection from the Nazis (or rather they took quite a bit of it from us), and that somehow makes it the same? So I suppose that all of the medical advancements, of which there were many, that we learned from the Holocaust shouldn’t be used either? We learned how syphilis cures work in part because of the Tuskegee Syphilis Experiment, one of the most improper and inhumane medical studies ever done in this country, but we should just ignore the research and burn all of the notes? It’s an asinine argument, and the best way to ensure that all of the millions of Jews that perished in the Holocaust died completely in vain, instead of just mostly. The only thing that even slightly made the Holocaust not an enormous, tragic waste of human life is that we gained so much knowledge that has and will save more lives in the future. And you want to throw that away? No, of course you don’t. Because that would be stupid. So the argument just doesn’t, and can’t, work both ways. 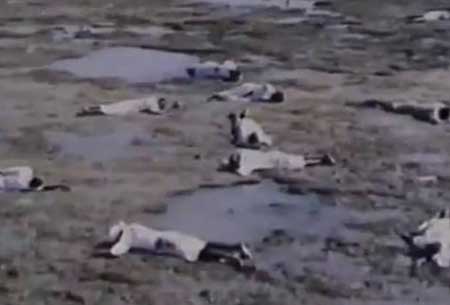 The film closes with figures on how many people died via execution methods all around the world, through various conflicts, genocides, purges, and other legal methods (including, it seems, major wars.) In no way proving their point, the number of capital punishment “victims” in the US, including lynchings, is five times less than the next highest number, or somewhere around 20,000. Now, granted, this was in 1995, but all of the other numbers presented were at that time as well, and I can’t be bothered to look up how many more have occurred since then (though the number has to be declining as more and more states have made it illegal.) 20,000, including lynchings. First off, lynchings don’t count.

That’s just murder. That doesn’t count as capital punishment unless its capital punishment when someone kills their wife, too. And yeah, I get that maybe that’s too high, especially if you’re opposed to capital punishment, in which case if the number is higher than 0 you’re going to have a problem with it. But do you know how many murders have been committed in America so far in 2016? 6,583 as of the writing of this article. That’s more than 1/4 of the number of capital punishment killings in America as of 1995. Again, including lynchings. Whoops, it just went up to 6,584. (On a side note, did you know there’s a website with real-time numbers on ways people have died in the US? That’s insane.)

My point is, while I certainly understand the viewpoint that capital punishment is evil, and makes us no better than the murderers themselves, and while there’s even a valid Biblical argument (for those who use that as a pro-capital punishment source) that Jesus says “let he who has no sin cast the first stone” among others, the arguments presented in this film are just nonsense. It’s certainly a controversial topic, even 20 years later. There have been billions of words written on the subject, and we’re certainly not going to settle the matter here. But, interestingly enough, do you know how many abortions there have been this year so far? 428,010. And I’m not checking it again to see if it goes up. (How’s that for some controversy?)