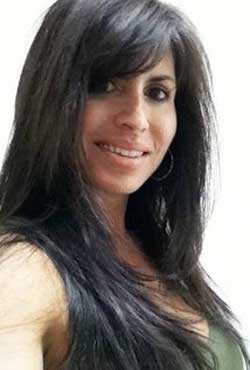 Beth Thuna is an amazingly talented producer. She is incredibly smart and funny. Beth is so wonderful to talk to. She runs the production company 313Films along with her sister. Beth spoke with me for a Horrornews.net exclusive. She talks mutants, Paul Logan and the new Horror-Action film, THE HORDE.

“It was a team effort.” Beth Thuna on working on “The Horde”

There are so many unique moments in this film and the way it was shot. Do you feel that you could see that come through in the film? Also the cute moments between Paul and his dog.

Beth Thuna: I am so glad and that was really what we were trying to achieve. I know that was really what Paul was trying to achieve and as far as the dog that is his son. Paul loves his dog and it obviously resonated on screen. You can tell on screen what a great relationship they have. When he (Paul’s dog) came on-set I was one of the people that worked with him. He was a true professional.

Have you always been a Horror fan?

Beth Thuna: Coming from someone, I didn’t really know a lot of horror movies. There were lots of horror movies that I thought were pretty incredible but it wasn’t one of those genres that I would immediately go to but then movies like “Mama” and “A Nightmare on Elm Street,” there is some great film making there. I have incredible respect for horror films now because I think it has an amazing fan base, an amazing audience. It is pretty incredible to be part of this world. 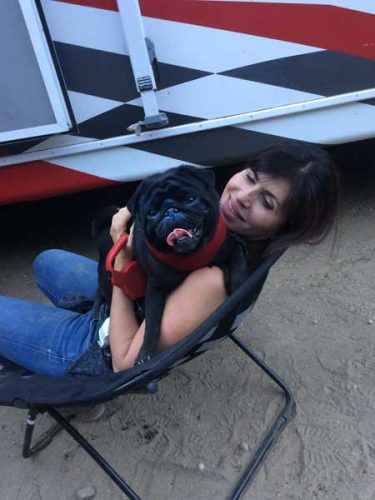 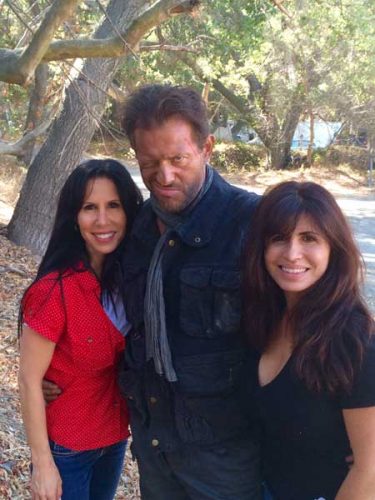 The horror fans are some of the greatest fans ever.

Beth Thuna: I agree, I think that they are so passionate about the genre.  They are so loyal. I was watching for instance Bill Mosely, he’s got such a huge fan base. He has such die-hard fans that just follow him for his entire career. I think that is really a true testament of how loyal horror fans are. 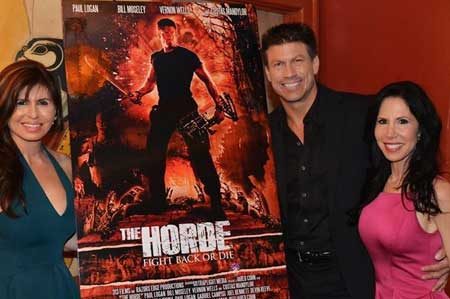 Beth Thuna: I laughed when it came to all the blood because it was as you can it’s a really bloody film. Every time you think you do not have blood on you, you go home and you have blood on you. That just cracked me up. About three or four of us would help wipe off all the blood. Then we were just covered and we would just laugh. To me, that was one of the funniest moments. You just had blood on you, all the time.

What advice would you offer to someone who wants to get into the business and have a long-term career?

Beth Thuna: I’m no expert but I think if you surround yourself with good, talented people who should also have a good sense of humor because you are going to be spending a lot of time with them. Learn from people around you, be humble and take that along with you. It is so fantastic to challenge yourself and try something new. Don’t be afraid to just go for it. If you don’t try, you will already have failed. I am a big believer in taking chances and going for it. 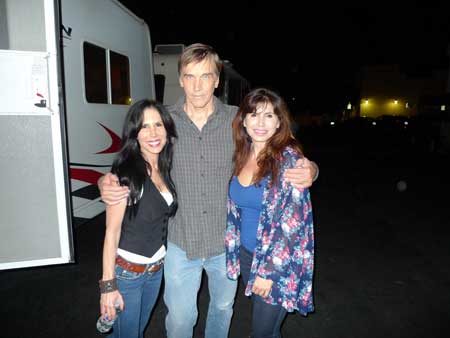 Do you have any final thoughts? Or anything to say to the audiences?

Beth: We also have things posted on our website. Thehordemovie.com, we are so excited that people are loving this film and I am so happy that I was able to be a part of it. I really learned a lot. It was really exciting.  We had an incredible cast. 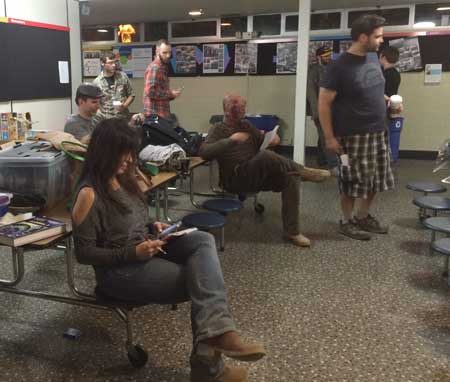 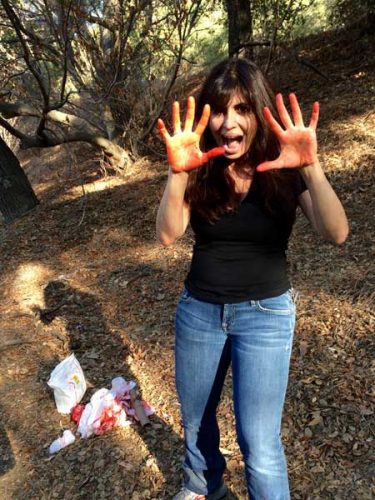 “You nailed it when you talked about the love that the fans have for the genre. The passion for it, it is so evident especially with Horrornews.net.” Beth Thuna speaking about the amazing Horror Fans. 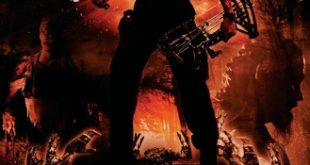 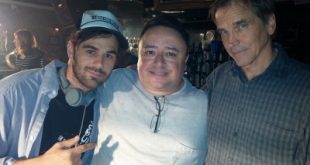 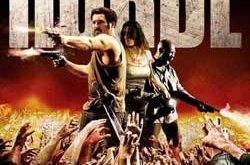