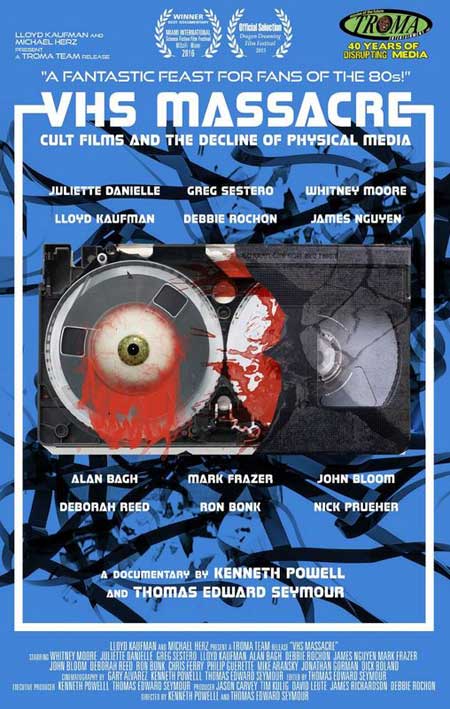 This lively documentary explores the rise and fall of physical media and its effect on Independent and cult films. Ranging from the origin of home movies through the video store era, it’s sure to entertain. With icons like Joe Bob Briggs (MonsterVision), Lloyd Kaufman (Toxic Avenger), Greg Sestero (The Room), Debbie Rochon (Return to Nuke ‘Em High), Deborah Reed (Troll 2), Mark Frazer (Samurai Cop), James Nguyen (Birdemic) and many others.

While there have been a handful of documentaries that attempt to detail the voyage movie rentals have taken over the years, “VHS Massacre Cult Films and the Decline of Physical Media” tells it simply like it is, how it was, and where things are going.

It is hard for younger generations to appreciate the retrospective having been born into a world where information is freely shared and most things that can be digitized are readily available. Though that is not to say that they shouldn’t learn of these eras and trends that have come and gone. 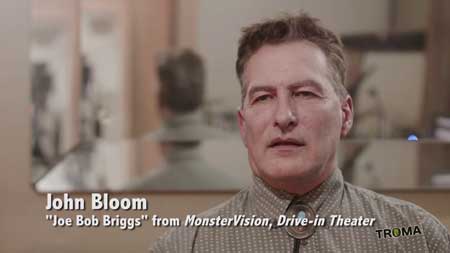 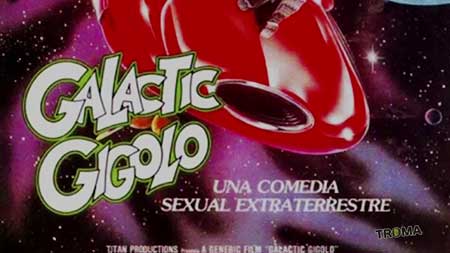 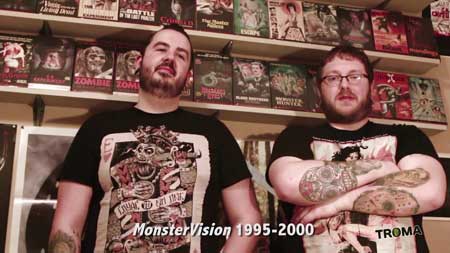 Watching “VHS Massacre:, I was reminded of the simple thrill that came every time I pulled into the BlockBuster parking lot. As time evolved my rentals were less due to a few factors: rising costs, demand and alternative avenues, however it still was an experience that i compare to the early days (when libraries were still relevant). The mission was one of familiarity, visual browsing and staying current to the new waves of releases. 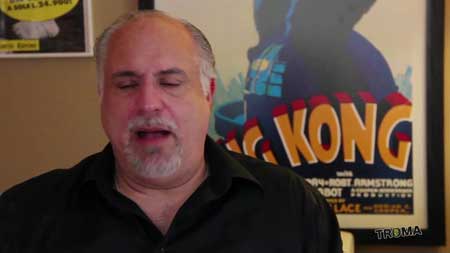 This film details that specific “loss” that many of us have had to come to terms with, the demise of VHS, DVD, and even rentals themselves. Red Box wasn’t mentioned, (probably due to some restrictions on the filmmaker) though however Netflix is presented as friend, villain, savior, and as the evolutionary element of change. The days of the Blockbuster mass closings seemed to draw the line in the sand that a new era was upon us.

“VHS Massacre” features footage of past and present showcasing the once prevalent but now sadly dinosaurs of their time, the mom and pop video stores. I remember fondly during the 80’s saying to my friends that I couldn’t believe “how many” video stores there were popping up at the time. Even with that said new titles were still hard to lock down as video stores would only acquire a small handful to meet a large demand. That forced the action of constant visitations combined with routines such as “reserving titles” that were constantly rented out. So by the time you scored a rental copy, you appreciated it that much more. 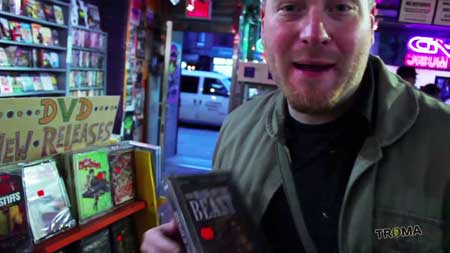 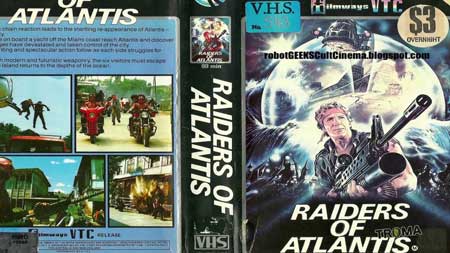 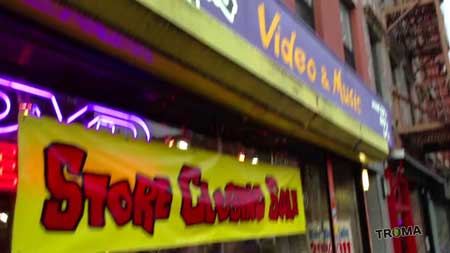 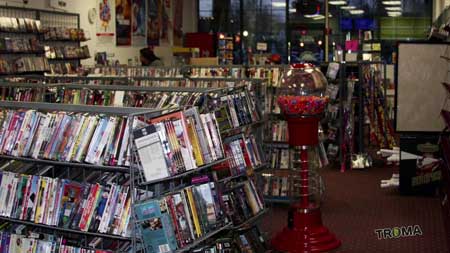 “VHS Massacre” is a documentary Troma distributed film directed by Kenneth Powell and Thomas Edward. While Troma is featured and is mentioned as a major part of this historical time, it is by no means a solely Troma-centric overview. “VHS Massacre” looks at the whole industry while it documents the action of hunting down old VHS taps thru rummage bins that contain lost titles forgotten to time. Though with that also comes the humorous look at what kinds of low rent garbage they were pushing on us (often churned out just to fill shelf spaces). It examines the lost art of box covers and the human relationship that comes with shelf-browsing stated as almost non-existent in today’s market. It also digs into the pre-VHS era when Beta and VHS were still in competition. 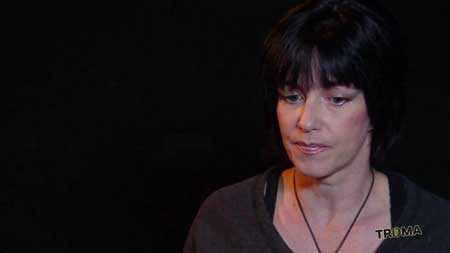 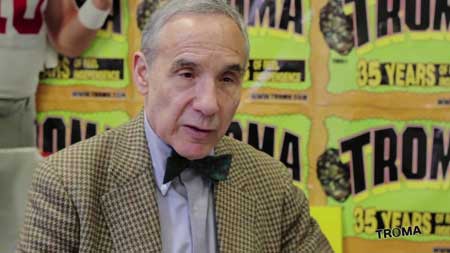 The film includes interviews with various screen talents such as: Debbie Rochon, Lloyd Kaufman, Greg Sestero, Deborah Reed and more, most of whom have had various parts that have been involved with one or more cult B-movie productions. The cult of VHS gathering is never more apparent as we are taken from the days of their demise into the present that celebrates recovered lost gems embraced for their usually absurd productions.

“VHS Massacre Cult Films and the Decline of Physical Media” is simply a recommended viewing that marks an important era in movie home viewing.