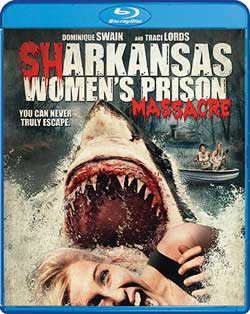 When a fracking environmental accident rips apart the earth’s crust, the resulting hole lets out prehistoric sharks from underground. The sharks target a group of women and trap them in a cabin.

I love myself a good B-movie; pure unpretentious fun – no strings attached. Jim Wynorski used to be very reliable when it comes to delivering this kind of entertainment – he’s the man who gave us The Lost Empire, Chopping Mall and Not of This Earth. He used to, because nowadays it seems like he’s either lost his creativity or simply doesn’t care anymore and just keeps directing hybrid vs. hybrid flicks for Syfy. Knowing all that, I still managed to trick myself into hoping that Sharkansas Women’s Prison Massacre will be something better than his latest productions – a gory, sexy sharksploitation film, something in the vein of Piranha 3D, but with bigger, meaner fish. 15 minutes into the movie I’ve lost all hope. 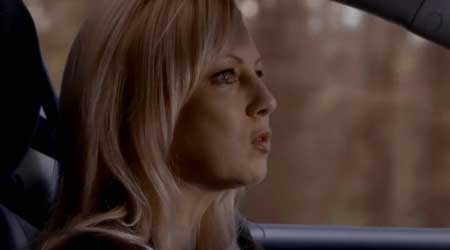 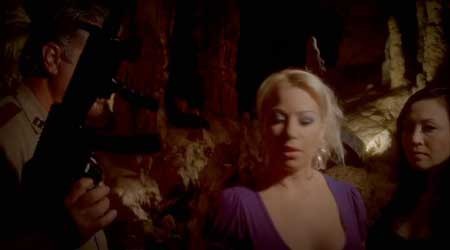 First of all, “Sharkansas Women’s Prison Massacre” is one of the most misleading titles I’ve seen in a long time. How can something that’s so on-the-nose be misleading? Well, I’m a simple kind of man – I see a title like this and I expect: 1. Big, bad sharks 2. Light-hearted, gratuitous nudity 3. Over-the-top gore. That’d be more than enough to make this movie entertaining, but instead of getting silly and sexy splatterfest we get, well, this movie. Sure, there are sharks, but they’ve got so little screentime that I was under the impression that Wynorski just came up with the title and then forgot about the “Shark-” part, so they had to be added in post-production. Maybe that’s for the best – the CGI is Piranhaconda-level bad, so even the fact that for most of the time only their dorsal fins are visible didn’t bother me. 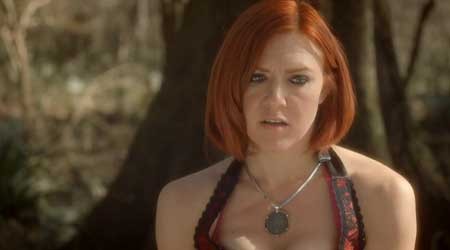 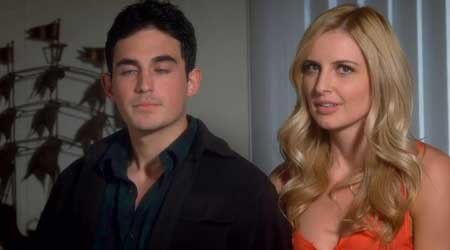 What about nudity? Wynorski’s movies usually do this part pretty well – he’s got plenty of softcore TV flicks in his filmography, he sure can get it right! Maybe he can, maybe he can’t – we’ll never know, because in this B-movie starring not one, but two p**n… ,excuse me, adult entertainers (Traci Lords doesn’t count) and  there is no nudity at all. Of course the girls (there’s five of them) are dressed in skimpy outfits and there is a bikini scene, but that’s it. I don’t always consider this a flaw, but they should have known that with acting (and writing) this bad there’s no way they’ll be able to sustain anybody’s interest. 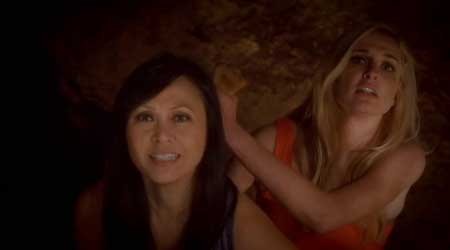 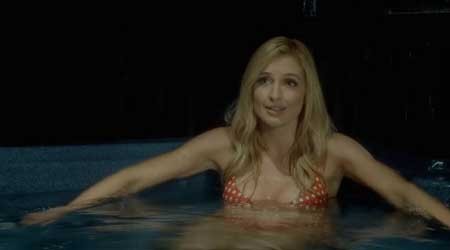 Now it’s time to talk about gore… The word “Massacre” is written in big, red letters on the film’s title screen. Massacre is, according to Merriam-Webster Dictionary, “the violent killing of many people“. The sharks kill less than 6 people – not very impressive body count for a schlocky creature-feature from the legend of exploitation cinema. When it comes to the violent part I’m not really sure, because the kills take place either off-screen, under water or under ground (because what we’re dealing here with are prehistoric sharks that can “swim” through soil). There are three moments where the FX team had an opportunity to show they talents: The first one being the moment where the detectives (Traci Lords and her partner played by Corey Landis) find the bodies in the woods, and the other two being the ones where the female prisoners are killed. All three of them are terrible. They’re strangely tame and the CG effects are beneath all criticism.

Thankfully, the movie is relatively short so it doesn’t waste too much of the viewer’s time.

What’s the worst part about Sharkansas Women’s Prison Massacre? The sharks are not exterminated at the end, so I’m afraid there will be a sequel somebody will have to watch and review. 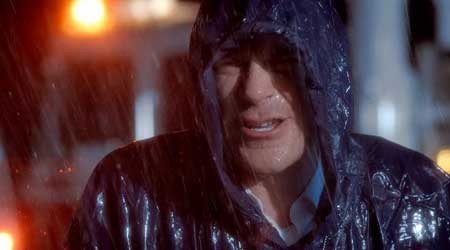 I won’t say that I hate this movie, though; it is so unengaging and Syfy-generic that I simply don’t care about it. The only thing that bothers me is the downfall of Jim Wynorski, but on the other hand – maybe he never had the “spark”. Maybe I’m looking at his 80’s flicks through thick goggles of nostalgia and he never really was good? Oh, the horror!