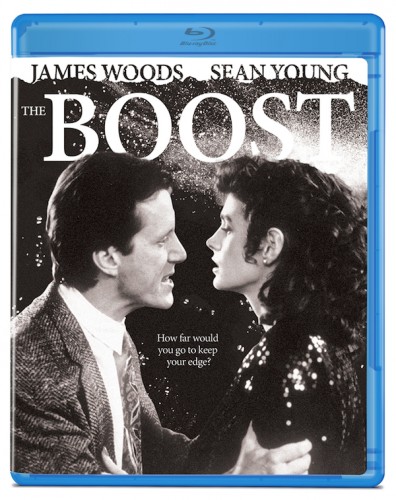 Lenny Brown moves to California to find his fortune in tax shelter investments. When the federal government changes the tax laws, poor Lenny finds himself $700,000 in hock with nowhere to turn. His friend, Joel, introduces him to cocaine to give Lenny that needed “boost”. What ensues next is a descent into drug addiction and insanity as Lenny tries to regain control of his life, all the while needing that extra “boost”.

Another lost gem, 1988’s “The Boost” starring James Woods and Sean Young is one for the shelves as a film that never loses its charm. It was directed by Harold Becker who was also noted for his previous films “Taps” and “Vision Quest”.

“The Boost” while primary a “drug movie” works on many levels. For starters it’s just a great James Woods experience for fans of the actor’s work. The movie delivers a dynamic plot line centered around Lenny Brown (James Wood) goes from rags to riches to rags again. The sub context to this film delivers an equally strong message about how a person can lose everything he worked for simply by dancing with the devil and indulging in excessive drug use. Lenny, a talkative likable guy, is just trying to grab a break. Never having an easy path in life, Lenny has always worked for a living trying to make ends meet. His slick natural salesman appeal attracts the attention of his future boss Max Sherman (Steven Hill) who offers Lenny a “dream job” selling real estate to California investors. The catch is that per way of a tax loophole the firm is banking in the dough by selling real estate locations to those of recent wealth acquisition.

Lenny and his wife Linda (Sean Young) who share a virtually unbreakable relationship quickly find themselves living the dream by jumping into their new lifestyle. Suddenly Lenny is enjoying life “high on the horse” by using his talents to bring in a a steady lucrative paycheck.

With a leased car offered to him and a great living location, the 2 of fall comfortably in synch with their new way of life. This lifestyle introduces new friends, business partners, and acquaintances that ends up being the wrong sort of influence that ultimately drives a nail into their happiness. When word gets out that the tax loophole is closing, Lenny soon turns his attention to indulging in recreational drugs to get him thru the hard times. These hard times are further shattered by the introduction of cocaine that becomes a dark addiction.

This of course is where the message of the film really kicks in. A happy couple attempts to solve their problems by the sudden rush that drugs provide only to turn around and introduce chaos into their owns lives. Lenny is seen moving from the highs of cocaine into the lows of qualudes as Linda also becomes addicted to drugs. From here its a pretty steady downfall that even offers a fleeting opportunity for Lenny to re-straighten out his life. It’s a movie of inspiration and depression all rolled into one.

Actress Sean Young, a simply stunning beauty, looked at her best in this late 80’s role. It was this film that sparked controversy afterwards when Woods sued Sean for harassment. Though whatever the case ended up being, not many come to mind that would mind being harassed by such a lovely lady. 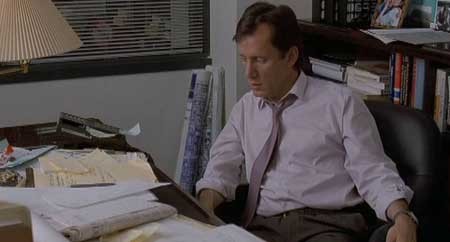 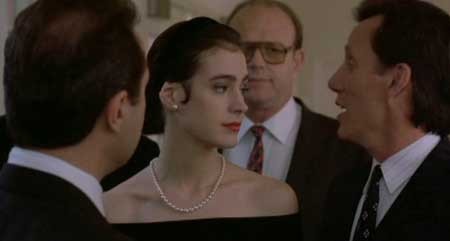 “The Boost” stayed off the DVD radar for quite some time until finally making its way into home viewing. Olive films has upped the anty with a bluray release that works for 1080 screens just fine. You won’t find much in the way of extras on this release, though you can finally add this one to your collection as a suitable high definition inclusion. The picture is slightly grainy but not too uncommon for an “up-resolution” process transfer. 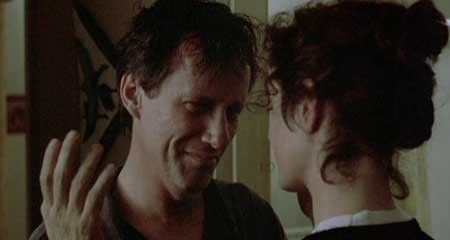 Now arriving in bluray 28 years, “The Boost” has enjoyed a subtle cult following as one of the better “drug themed” movies to ever arrive on film. I can honestly say I’ve seen this movie many times over the years and still get a new kick out of re-watch sessions. The characters are extremely likeable making for a film that you really will want to see a few times over.

The Boost (1988) is now available on bluray per Olive Films