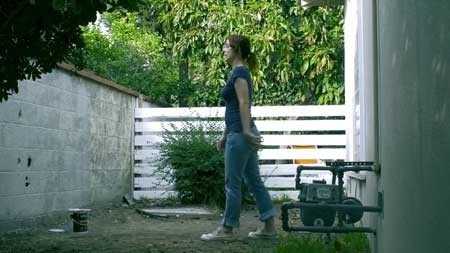 Another short film! Today we have GRIN, directed by Danny Donahue and written by Mr. Donahue with Casey Fichtner. Actually, this film is basically a two-person production. Every position on the entire crew is one or the other of these two people with the exception of the cast.

This is a short, simple story. Nothing too complex. Two characters, presumably a husband and wife (Megan Hayes and Jamie Daniels) are cleaning out the female character’s childhood home. There’s this creepy painting of a clown on the garden wall. The lady stands defiantly holding a can of paint, prepared to get rid of this weird bit of art.

There seems to be a story behind this child-like graffiti. We aren’t told what that story is, but we get enough to understand why she wants it gone. 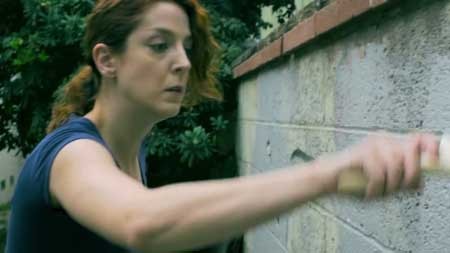 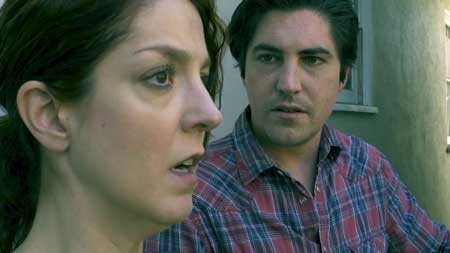 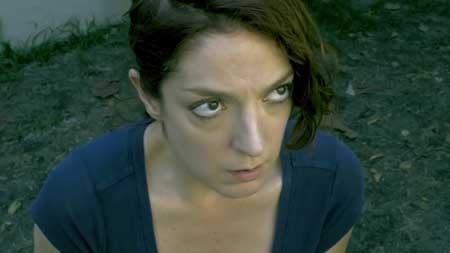 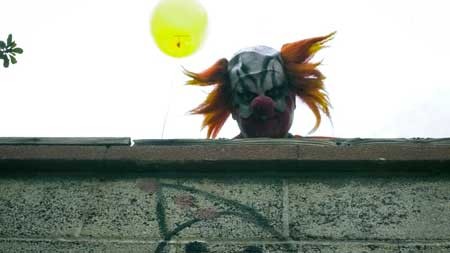 And that’s all I can really tell you. The film is only 2 minutes long so everything happens pretty fast. Like I said, its short and to the point.

So using my special short scale of one to five, five being awesome, I’m giving this film 3 clowns. 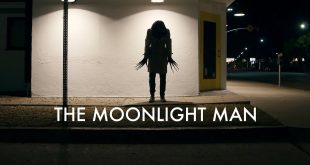