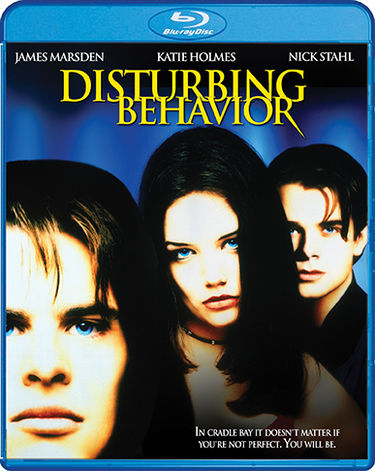 The new kid in town stumbles across something sinister about the town’s method of transforming its unruly teens into upstanding citizens.

After watching this I have to say once more loud and clear: I am sooo glad to be done with high school! I mean, what’s not to love about class cliques, strange teachers, strange parents, strange janitors, strange classmates, strange…well, you get the drift. 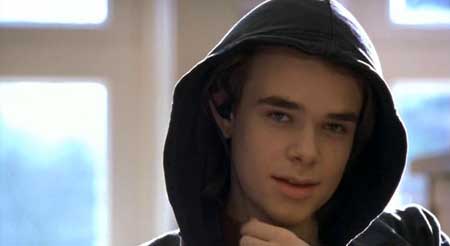 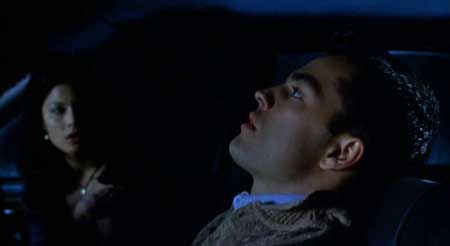 Ah, good ol’ Cradle Bay, the perfect place to raise a family, a place to get away from it all and start over. And that is just what the Clark family is doing after the recent death of their son. So with other son Steve and daughter Lindsay in tow, they look to begin again. And really, what better way to piece together a fractured family than moving into a gorgeous house in a gorgeous locale?

As usual, starting in a new school is not without its share of challenges and for Steve (played by James Marsden), he’s got to try and figure out just where he fits in. Thankfully he meets fellow student Gavin (played by Nick Stahl) who in a great scene gives the breakdown of the students. You have your motor-heads, micro-geeks, skaters and then, worst and creepy of all, the Blue Ribbons. They’re the straight-A do-gooders who all dress alike and even act alike.

But Gavin shares his suspicions about them with Steve and gives his fair share of horror movie warnings. Jeez, doesn’t anybody listen anymore? Also in Gavin’s circle is Rachel (played by Katie Holmes). When Steve first meets her she is dancing sexily in the bed of a pick-up truck. Needless to say he is instantly smitten. 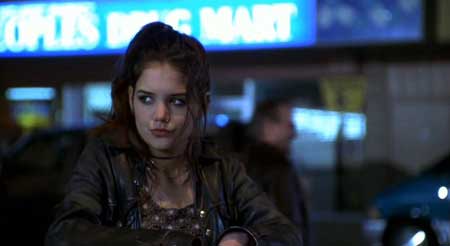 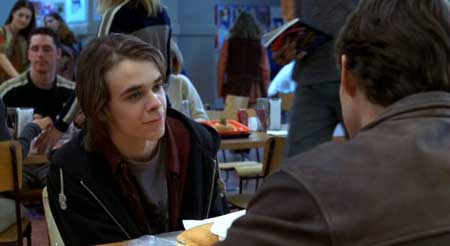 And for a little while, things go on somewhat normal until, well, they don’t. And from there we find out the dark, sinister secret about the Blue Ribbons. But is all of this worth it in the end?

I’m going to say yes. Admittedly right of the bat, before I even began watching, Disturbing Behavior had a lot of things going for it, not the least of which is Scott Rosenberg, one of the better screenwriters in the business. And when you have a screenwriter like that (he had just done Con Air), you get quite the stellar cast. You have your veterans like Steve Railsback and William Sadler, both of whom are always just plain fun to watch. But what is amazing is the cast of young newbies and up and comers, although some like James Marsden and Nick Stahl already had a fair amount of film experience. 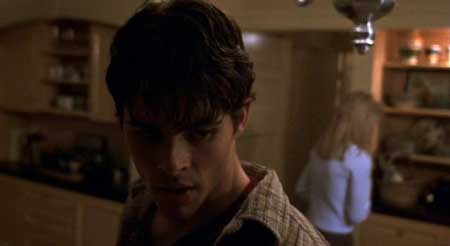 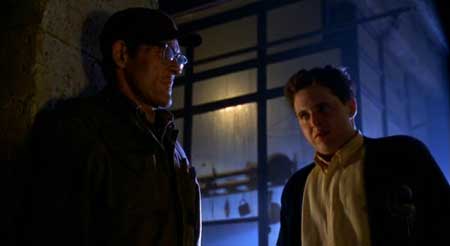 Unfair as it may be to the rest, the name that will stand out is Katie Holmes. This was only her second film and darn it if she didn’t win Best Breakthrough Female Performance at the MTV Movie Awards. She looks sexy, pouts accordingly and wears mid-riff baring tops. I mean, what’s not to love? I do have to mention that Lorna, one of the Blue Ribbons played by Crystal Cass, is a dead ringer for a young Julianne Moore. The resemblance is downright eerie.

If you’re looking for lots of gore you ain’t gonna find it here. Although a horror movie at its heart, there is a fair amount of mystery and even a little bit of sci-fi thrown in. Director David Nutter does a good job at the helm and even though the story is an updated mix of Children of the Damned and Stepford Wives, there is enough new here to give it a fresh take for the younger crowd who may not be familiar with those movies. 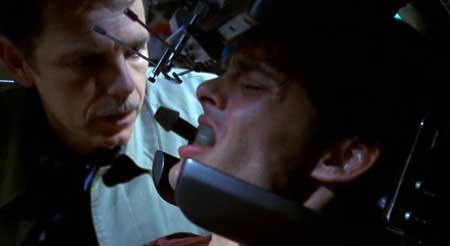 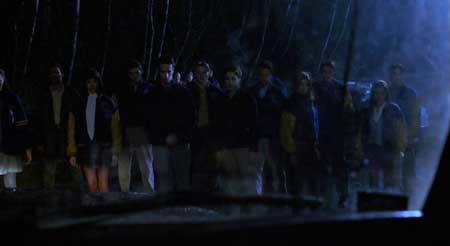 In the end I’d say it was a pretty good film, definitely worth a rental. By now the plot’s been done and re-done again and, as noted above, was done before, but that shouldn’t stop you from enjoying it. Just be glad you’re out of high school.

Disturbing Behavior is now available on bluray per Shout Factory