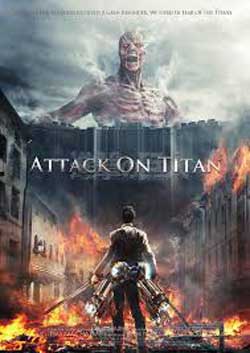 In a world where giant humanoid Titans prey on humans, Eren joins the scouting legion to get revenge on the monsters who killed everyone in his town.

Based on the Manga film of same name, “Attack on Titan” is a highly original cinematic work directed by Shinji Higuchi released in Japan on September 2015. Originally titled “Shingeki no kyojin”, this release apparently was designed to be completed in 2 releases to tell its full story. While the story is satisfactory as a stand alone, it is worthy to mention that the film ends for another to take over. 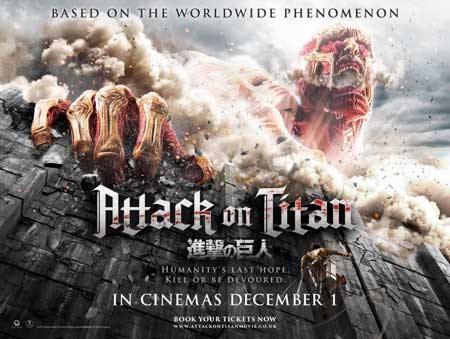 The premise here sets this story in a universe of its own where giant Titans are believed to roam the earth existing purely to destroy and consume humans. To combat this, a wall was built 100 years ago to protect humanity from these gigantic human-like monstrosities in the interest of protecting the people and preserving life itself. 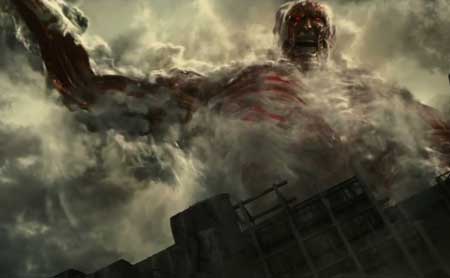 As with any historic begriming, 100 years is a long time for the people to trust that these beings even exist, let alone place all their faith in the military agenda. The film begins 100 years after the wall was constructed in present day. Eren Yeager (Haruma Miura)stands on the edge of an old aged bomb casing boasting to his friends Armin Arlert (Kanata Hongo) and Mikasa Ackerman (Kiko Mizuhara a) that he believes it all to be a myth to keep their people caged within the confines of the walls. The idea that their may be a paradise bordering its edges on lush oceans and rivers has become too much of a temptation for them “not” to indulge their curiosities. Soon….. they are proved wrong. A colossal Titan attacks breaking a spot for smaller Titans to enter. The town is devastated as well as many of its inhabitants. 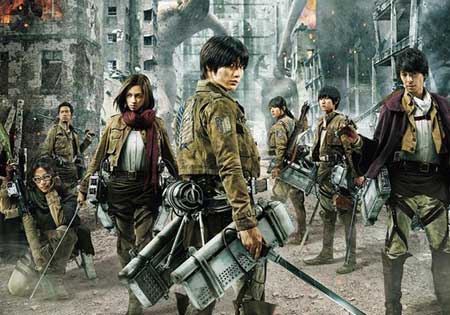 The film is broken into 2 timelines, the present, and then 2 years after under the command of a determined military, the survivors of the last attack, and the remaining citizens who were able to retreat to the inner walls of the city. The problem is simple……….. repair the hole that let in the smaller Titans who now roam freely consuming humans. Then, kill Titans. 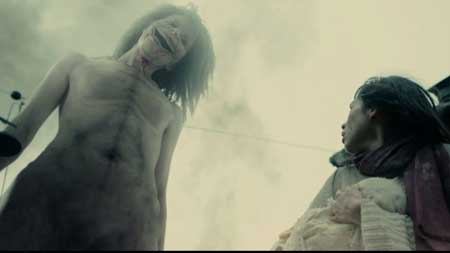 As the regime organizes their troops for battle, they discover a new band of warriors who have been exterminating Titans under their own design… … a wire-catapulted battle suit that enables its wearer to shoot around like Spiderman. The warriors have also discovered how to kill Titans that possess the ability to regenerate. This aspect alone contributes to a very dynamic use of camera shots and fly-bys working perfectly against the backdrop of enlarged grotesque humanoids. 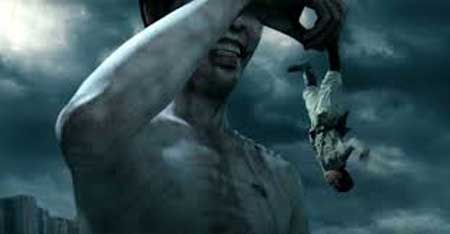 The “Attack on Titan: Part 1” characters run the gamut of bizarre facial expressions and deformities. Surely the horror element added to the mix of this film’s style, makes alot of sense seeing that the Titans are obsessed with eating people like fish-sticks. It’s fun and harrowing all wrapped up in one giving viewing audiences a thrill ride like never before. I found once I began, it was hard to pull myself away from the screen wrapped up in its bizarre makeup of styles. Those who find the managa genre confusing should feel at ease with a live version that gets to the point right away (rather than dragging it on). The first appearance of the Colossal Titan comes quick and sets the tone for the rest of the film. 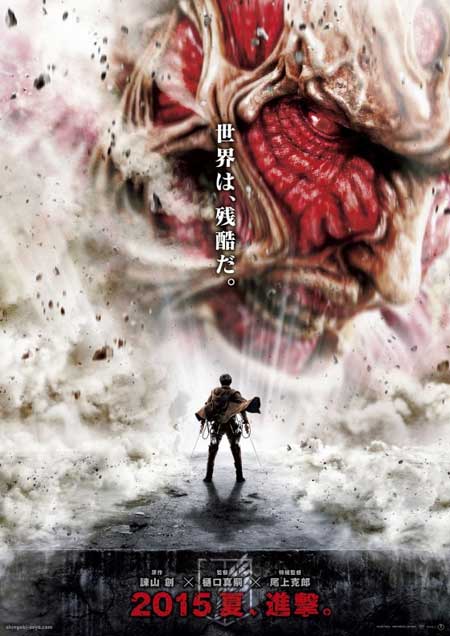 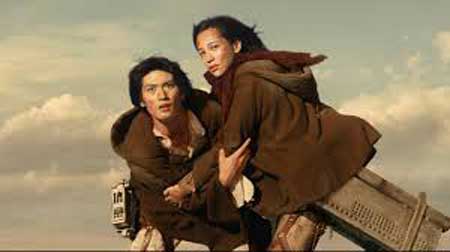 Clever use of characters, monsters, green screening and overlays provide plenty of meat to this tale that sells the main idea bringing something fresh and original. The film has all the makings of a mega-blockbuster movie that upon finish I “suspect” will eventually make its way to a more Americanized version.

Those who are familiar with the franchise have had a fun run of anime releases leading up. The saga of Titans is an epic adventure worth digging into. Those who are faithful to the manage run should be pleasantly satisfied with the work that went into this version.

Would I see this again? absolutely, with a bluray purchase to follow. 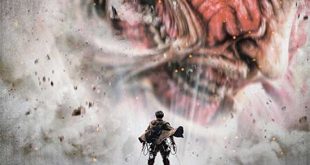 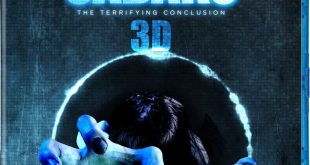 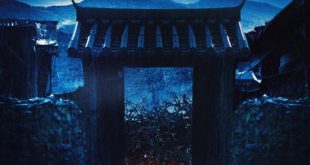