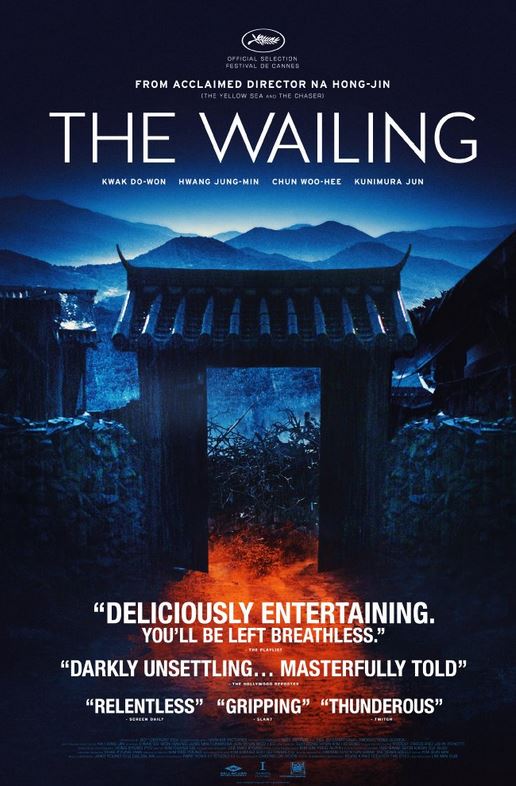 A desperate policeman fights to rescue his young daughter, who has been possessed and overtaken by a malicious supernatural power after a rash of violent killings plague his small town.

A film that definitely made my Top Ten list of 2016, The Wailing is a gorgeously-shot supernatural mystery that dances confidently and compellingly between comedic, dramatic, and nail-bitingly terrifying. Its director, Na Hong-jin, is known for previous films The Chaser and The Yellow Sea.

The Wailing is director Na Hong-jin’s first horror film, and it is one hell of a maiden voyage. When I reviewed it one year ago for anatomyofascream.com, I called it “ a sprawling, quiet monster of a film that effectively marries supernatural terror and mystery in an operatic journey culminating in one of the most harrowing and heartbreaking final acts I’ve witnessed in recent memory.” 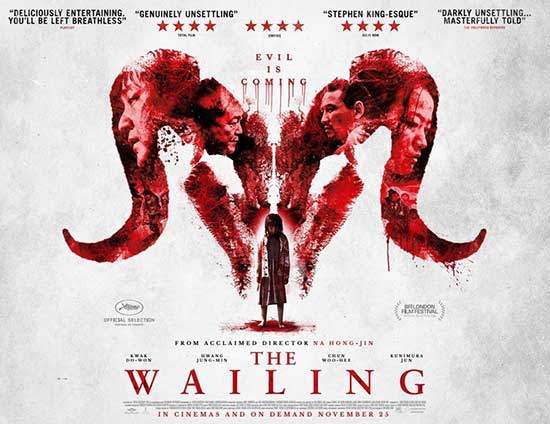 My opinion definitely has not changed.

The Wailing is centred on Jong-goo (Kwak Do-won) a semi-bumbling police officer who lives and work in a small town in the picturesque mountainside of South Korea. The arrival of a mysterious Japanese stranger in the area seems to trigger a bizarre outbreak of illness among the townspeople – the afflicted develop a strange rash before engaging in shocking and inexplicable acts of violence.

When Jong-goo’s investigation of the Japanese stranger produces more questions than it answers, Jong-goo realizes that his daughter, Hyo-jin (Kim Hwan-hee) is in terrible danger. With a number of mysterious characters offering their assistance in healing Hyo-jin, Jong-goo must figure out who he is able to trust – and who is trying to steal his daughter away forever. 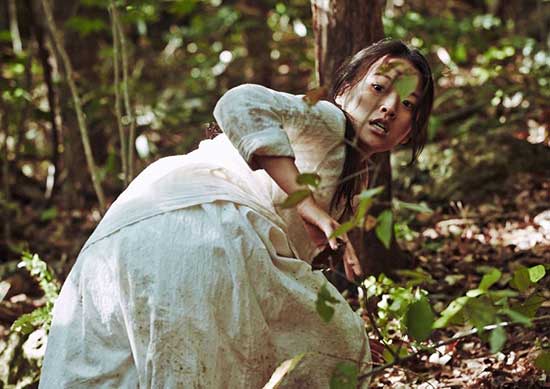 Like many South Korean films, The Wailing is not wed to a single genre or its conventions. This is extremely fortunate, as the film is 156 minutes long. The variety in its storytelling helps to keep the experience interesting and engaging throughout. The first half of the film contains a great deal of dark comedy and pokes lighthearted fun at our protagonist. As the film continues, it transitions seamlessly into pure suspense before ramping up into a heightened terror that kept me rapt, especially in the insane final 20 minutes. This push and pull between genres contributes to the feeling of emotional exhaustion as the end credits roll onto the screen, but the experience is extraordinarily satisfying. While The Wailing is a slow burn, the pacing is even and suits its subject matter. Hong-jin skillfully develops his characters while still preserving the delicious mystery that fuels the narrative. The use of natural light and landscape underscores the isolation of the village, adding to the chilling unease of the supernatural subject matter. 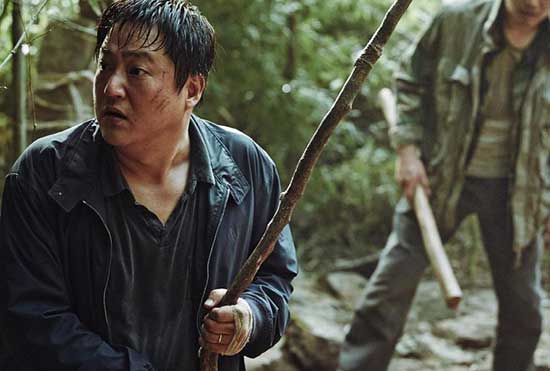 Speaking of characters, the performances in this film are universally pitch-perfect. Kwak Do-won, for all of his bumbling, is an enormously sympathetic protagonist – a relatable everyman who is willing to risk all to save his family. Young actress Kim Hwan-hee is the potent secret weapon of the film; her portrayal of Jong-goo’s precocious daughter is a scene-stealing tour-de-force that displays a remarkable range not often found in child actors.  Hwang Jung-min’s turn as a hired shaman is bursting with charisma, and vacillates between understated and bombastic. Jun Kunimura’s uncanny portrayal of the mysterious Japanese stranger is extremely effective and genuinely unsettling. Also of note is Chun Woo-hee, who brings a necessary unworldliness to her performance as The Woman of No-Name. 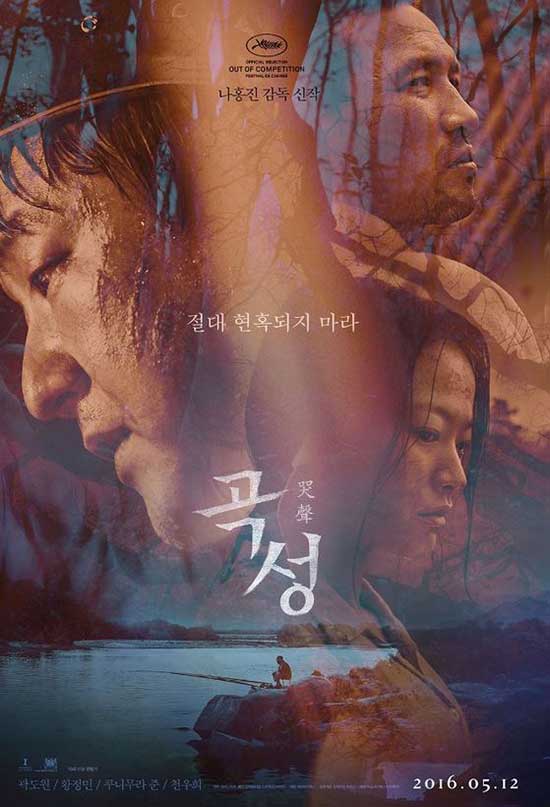 The films that tend to find their way onto my list of favourites are the ones that trade in ambiguity, uncertainty, and some level of metaphorical richness. The Wailing is a film that will keep you guessing, leave you wondering, and spark conversations long after the end credits. While it’s nearly 3-hour run-time may intimidate some viewers, The Wailing is entirely worth your time. Grab a glass of wine, get comfortable on the couch, and definitely give it your full attention.