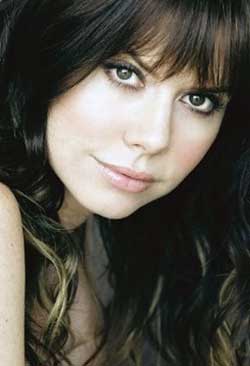 Actress Andrea Monier (“All Hallow’s Eve 2,” “The Black Water Vampire,” “Homesick”) spoke with us for a Horrornews.net exclusive.

“All Hallow’s Eve 2” was a fun scary film. How did you prepare to play the character?

Andrea- It’s more of an experience for the audience. I am really good at scaring myself you know and getting myself really in the kind of a situation of you know what if this would happen, like what if you are home alone? What if you are feeling a little bit off and you are feeling like somebody is outside watching you? I think for me it was just getting in the moment of it and really believing that I was in the situation.

Andrea- Well, it was really just me in the scene and then we had the Trickster (Damien Monier) character who was actually played by my cousin. We had a lot of fun. I think being on horror sets, out of all the types of movies I’ve done I really enjoy horror the most. It is a fun setting.

You have been in quite a few horror movies. What challenges did you face with “All Hallow’s Eve?”

Andrea- I think for this horror movie I think just because there is not a lot of time. It is about the vignette’s and so for me it’s being able to impact the audience in a small amount of time and getting them built up to the next one. I wanted to build it up so the whole time you are watching this and saying what is going to happen next.

Andrea- I’ve been lucky enough to work with this team on a couple different horror movies so to me they are like family. I felt really lucky to be able to find a group that allows me to be a part of it so for me it is the best experience. For me it is just like hanging out with friends.

Did you have a favorite scene in “All Hallow’s Eve?” (Don’t think I will reveal the ending ;)

Andrea- I thought the ending was really fun!

The fact that they did use the VCR with the VHS tape instead of using a DVD player or blu-ray was fascinating. What did you think of that?

Andrea- In the script it talks about how she still has a VHS player because she thinks that the old horror movies like “The Texas Chainsaw Massacre” look way better on VHS than they do on blu-ray. Blu-ray has that digital quality and it doesn’t really have that grittiness to it. 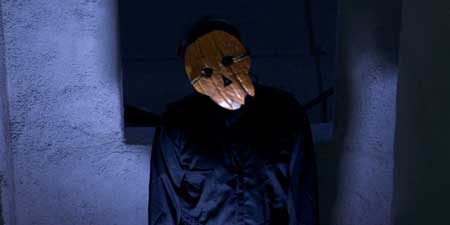 Do you think there will be a third installment to “All Hallow’s Eve?”

Andrea- I always love to collaborate. I know they are making a feature spin-off of just that character Art the Clown from the first movie. (Andrea should be involved)

Andrea- Right now I’ve been writing a lot of my own stuff. I am really looking forward to do some more stuff that I am collaborating on. Then I am going to be part of an independent movie which I am filming next month. It is more a dark-comedy. There might be some sequels on a couple other horror movies that I’ve been in.

Andrea- I think it would be cool to work with Rob Zombie. As far as the kind of movies I would say horror for me are the most fun. I love psychological thrillers as well, you know the ones that really get you thinking or some of the supernatural-sci-fi. I would love to see more sci-fi movies. I am hoping to expand. I feel like the horror audience is so loyal. I feel like they really know their stuff. I feel lucky to be part of the community. 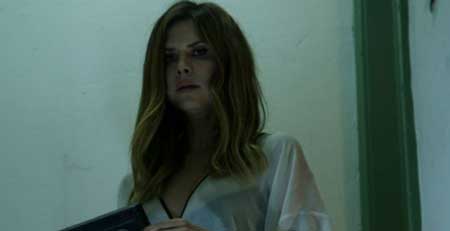 What advice do you have for people who want a long-term career in this industry?

Andrea- The best thing that either a filmmaker, actor, writer whatever is to create your own work and collaborate with likeminded people because now a days there are so many different avenues to get your work seen. Cameras are affordable and you can edit on your own computer now and you can shoot with your phone now. There’s so many avenues to get your stories out there. Get out there and network. 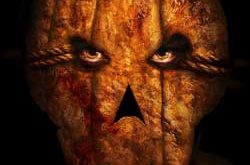