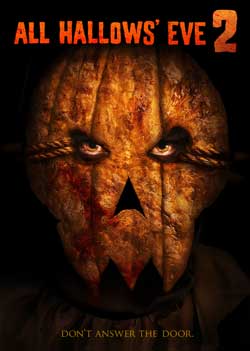 A woman watches a video tape left at her doorstep by a mysterious masked man that contains a number of horrifying short movies. Unfortunately for her the terror doesn’t end when the tape does.

I love horror anthologies (I actually co-wrote one last year called Volumes of Blood. I know, I know, cheap plug but do me a huge favor and check it out when you can) and without a doubt they have made a huge comeback in recent years. From the totally awesome Trick ‘r Treat to the mildly disappointing V/H/S series to the basically unwatchable (in my humble opinion) The ABC’s of Death films horror fans have had a wide variety of horror anthologies to check out of late. I enjoyed the original All Hallows’ Eve so I was pretty excited to check out the sequel. While the first film is just a tad bit superior to the latest installment I still really dug All Hallows’ Eve 2 and thought that it was just and all around pretty sweet little anthology that doesn’t disappoint. 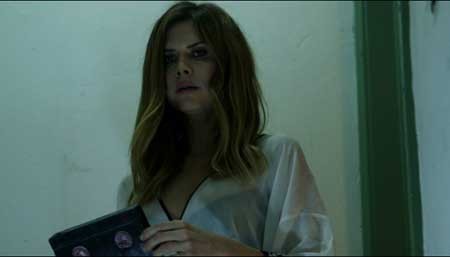 One of the things that I really enjoyed about the film is the fact that there is something for every taste. We get a tales about a young woman babysitting a little boy and the horrors that they are forced to face from a very unlikely source, a sinister carnival game, another little boy dealing with the monster that lives under his bed, a man and his adult son leaving an offering for an unseen creature, a woman trapped in an elevator with a serial killer, and several more. I thought that each one had its own unique feel and all of them were pretty interesting and entertaining in their own individual way. I thought that for the most part they all worked and there were even a few of them that I could really see being made into full-length movies. I had my favorites (which I will get to in a moment) but overall I thought that in general there really wasn’t a bad one in the whole bunch. It is obvious to me that there were a lot of talented people behind these short films and everyone put a lot of heart an effort into them.

As with any horror anthology some of the tales were a little better than others and I definitely had my favorites. I really dug the segment that featured the carnival game and thought that it had an awesome twist toward the end (Basically it involves carnival patrons get to play a game where they get to kill someone) that I didn’t see coming. It is short and simple but believe me when I say that it works and is one of the best segments. I also thoroughly enjoyed the tale about the man decorating his house for Halloween as well. Like the carnival one it is pretty short and to the point but is all sorts of awesome. My favorite segment was without a doubt the one that involved the woman being trapped in the elevator with the serial killer that murdered one of her friends weeks earlier (she witnessed it but he isn’t aware of this fact) entitled “Descent”. I thought that it was a pretty tense little story and had an excellent, original twist at the end that just kicked all sorts of ass. “Alexia” was another one of my favorites (though I wish that it hadn’t been in Spanish and can’t help but wonder if someone forgot to include subtitles) and I thought that the last scene was genuinely pretty damn creepy.

On the other end of the spectrum there were a few that-even though I liked them-I thought were the weaker segments. The opening bit with the babysitter and the little boy could have been better and while the story itself is creative and original it was also a little silly at the same time. I was a little confused by “The Last Halloween” and thought that it tried just a little too hard and it didn’t quite work. My least favorites were “A Boy’s Life” (which went on a little too long and was more than a little predictable) and “The Offering” (which is unfortunate because it had potential to rule as it starts of very strong and then just fizzles out toward the end). While these segments weren’t my favorites I still thought that they had some positive aspects and wouldn’t say that any of them were truly bad (I think their biggest problems were that they just felt like they were each missing something but I didn’t dislike them at the same time). 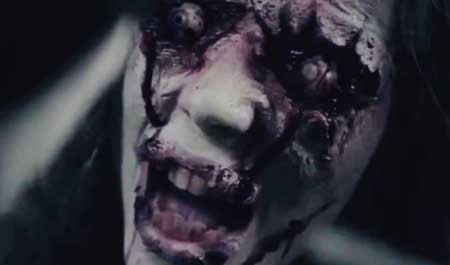 I thought that All Hallows’ Eve 2 was pretty damn good and if you are a fan of horror anthologies (or just short horror films in general) it’s a safe bet that you will enjoy this film as much as I did. It has a lot going for it including some interesting concepts and some pretty decent acting all around, so giving it a shot is definitely not going to be a waste of your time. Check it out as soon as you can, I think that you will be pleasantly surprised. 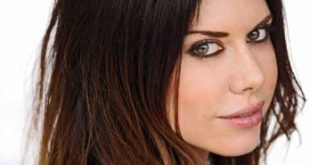