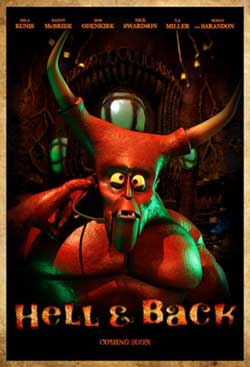 Two best friends set out to rescue their pal after he’s accidentally dragged to hell.

Just when you thought the worst thing that Freestyle Releasing put out was God’s Not Dead, along came a fancy new contender, Hell and Back. Had I been in middle school or possibly high on drugs, this might have been a humorous movie. Sadly, the tone of the humor was lost on me and I did not feel anything more than relief at seeing the credits roll. It is a damn shame since it involves a lot of talented individuals and the animation is lively. On paper this sounds like an entertaining project but on screen it is devoid of fun and feels like a joyless slog. 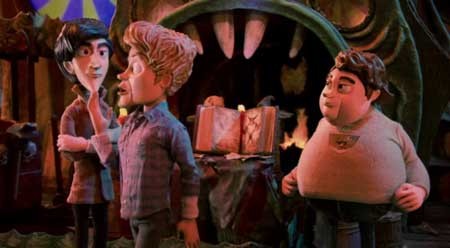 Three foul-mouthed friends, Curt, Augie, and Remy work at a failing carnival. Curt makes a blood oath with Satan and because he does not take it seriously it is broken minutes later, leaving Curt to suffer the consequences. Curt is sucked into a vortex into hell and it is up to Augie and Remy to get Curt back from the denizens of Hell. With the help of a sexy half-breed demon and a Greek hero, Augie and Remy attempt to thwart the devil and return back on Earth. 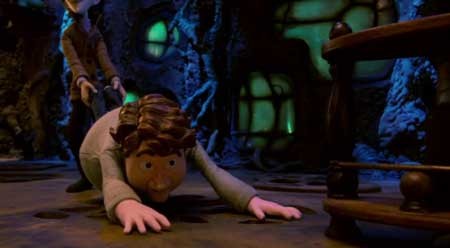 The animation is pretty solid. It should always be commendable when movies take the time to put in the work for stop motion. The voice talents are tremendous and it is as though someone picked up a Hollywood phonebook and found every comedian possible to cast in this movie for even the most trivial of parts. Unfortunately, these factors do not make a good movie. 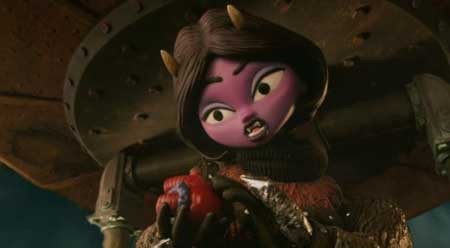 The story is fairly predictable and offers nothing new to the viewer. The jokes are stale and would only amuse a middle school student or an immature personality. Normally I find humor in the right sex joke, fat joke, and rape joke, but these were so generic and cliché that they missed the mark. The characters are all very unlikable and do not do anything beyond their stereotypes for the sake of development. For example: Augie is the one-dimensional fat character. That is all he is and all he is known for. Most of his gags are about his weight and at no point does his character grow or learn how to cope with his issues. He is simply the fat guy and that is all he will remain. Remy on the other hand is just an unlikeable jerk that hates everyone and treats his friends like crap. He learns nothing and is rewarded for his stupidity. 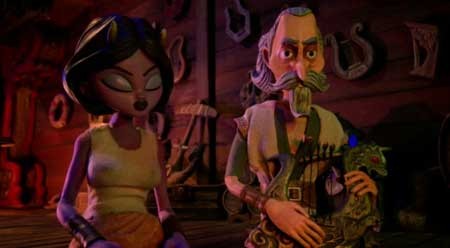 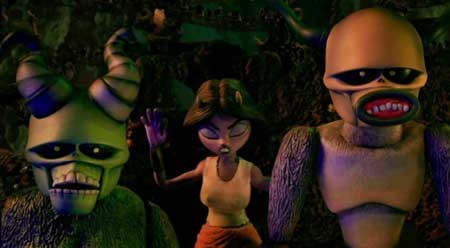 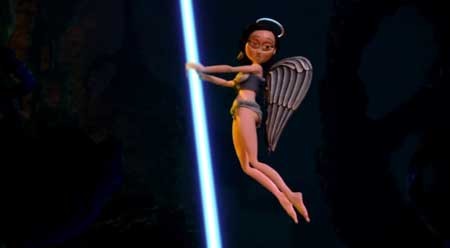 Considering that the minds behind Robot Chicken are involved with this I really had higher expectations. The jokes on that show are relevant to many pop culture scenarios, which could be considered funny. Hell and Back just says as many swear words as possible in the hopes that it will shock a laugh out of you. Often resulting in silent failure. The jokes do not allow for build up and pay off but rather to throw as much fast-pitch stupidity as possible at the audience to see what sticks. 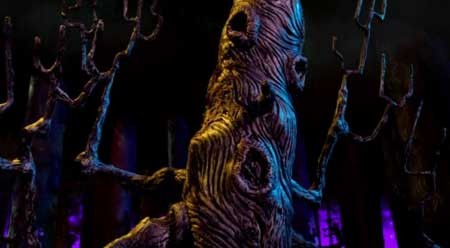 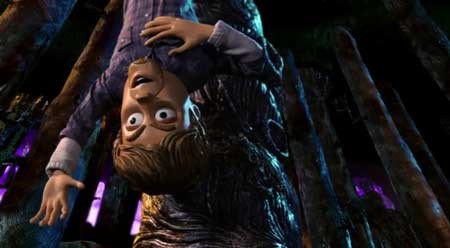 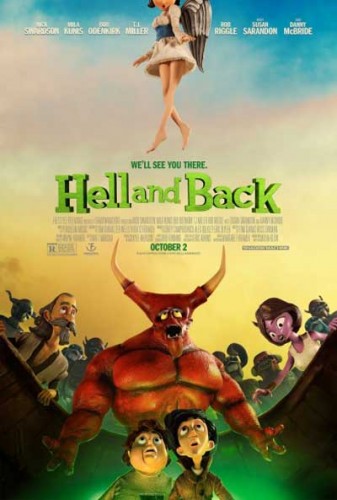 I cannot recommend this movie for a rental. The subject material is too infantile for adults and too adult for kids. Why would they add sentient trees that rape people? The only reason I can figure is that someone thought that it was a bizarre way to be edgy. That could have been a perfect time for an Evil Dead joke, instead the joke implies that the guy is asking to be raped because he was dressed “like a bush.” If the failed jokes in this movie saved lives, there would be no need for hospitals. It is not a fun movie and it certainly is not funny enough to spend time on. Save your money and save your time not watching this heartless drivel. If you want a stop motion movie with some brains and heart I recommend the 2009 Mary and Max. It might not be the trip into hell you were expecting but at least it is worth your time.