It’s that time of year again when the scary old elf breaks into your home and gives you things that creep and crawl under your tree ( or under your bed).  Today, Horrornews.net decided to compile a top ten toy list from the Entertainment Earth website of Christmas gift for the horror genre fan in your life. 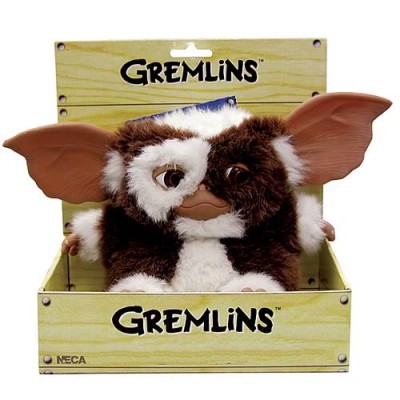 Ooo… the Book of the Dead! Don’t forget your Book of the Dead! Thanks to this Evil Dead 2 Book of the Dead Prop Replica, you can carry the Necronomicon from Sam Raimi’s 1987 American comedy-horror film Evil Dead II to work, the supermarket, or wherever you go. You never know when you’ll need it! Measures about 13-Inches tall x 10-Inches long and 2-Inches wide. Ages 10 and up. 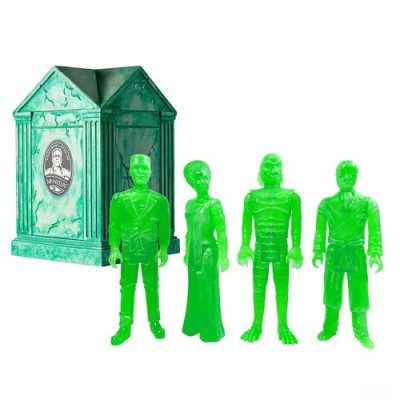 The Universal Monsters Haunted Crypt Action Figure 4-Pack – New York Comic-Con 2015 Exclusive is simply to die for! The grey plastic crypt features a green paint rub deco. Also included are 4 classic Universal Monsters ReAction Figures that are cast in translucent green glow-in-the-dark plastic with white paint rub. Contains 1x of each character: Frankenstein, Bride of Frankenstein, Creature from the Black Lagoon and the Invisible Man. Each measure 4-inches tall and sit in a 6-inch crypt. Ages 14 and up.

“You’re traveling through another dimension, a dimension not only of sight and sound, but of mind. A journey into a wondrous land whose boundaries are that of imagination. That’s the signpost up ahead. Your next stop… the Twilight Zone.” (Spoken by Rod Serling at the beginning of each The Twilight Zone episode.)

Hand wash only. Not dishwasher safe. Do not microwave. Thoroughly hand wash before first use. Ages 14 and up. 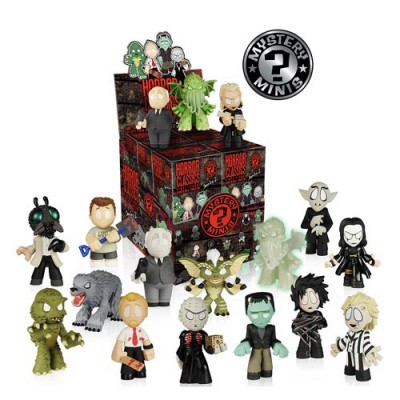 Horribly cute mini-figures!
Your favorite horror icons have been miniaturized.
Series 2 includes Cthulhu, Creature from the Black Lagoon, Alfred Hitchcock, The Crow, and more!
Display Case contains 12 individually blind-packaged figures.
Which ones will you get? The horror genre gets a stylized makeover with these terribly cute mini-figures of the most iconic characters from the scary movies. Each stylized vinyl figure measures 2 1/2-inches tall, and the full line includes Cthulhu, Beetlejuice, Edward Scissorhands, The Crow, David (The Lost Boys), Creature from the Black Lagoon, Frankenstein, Pinhead (Hellraiser), Shaun, Ed (Shaun of the Dead), Werewolf (American Werewolf in London), Alfred Hitchcock, Nosferatu , The Fly, and a Gremlin! Which ones will you get? If you’re a fan of horror films, you don’t want to miss a single one of these awesome mini-figures! Ages 17 and up.

Please note: Item selection is random. Items are in blind packaging. We cannot accept requests for specific items, nor can we accept returns on opened items. You may receive duplicates.

Bring back the nostalgia of vintage action figure playsets with this Haunted House Reaction Figure Playset. It fits all your 3 3/4-inch action figures, from vintage to present, and consists of 3 levels with multiple rooms, plus sinister secrets like trap doors, concealed entrances, hidden rooms, and secret passages! Measures 25-inches wide x 20-inches tall when fully assembled. Figures not included. Ages 17 and up. 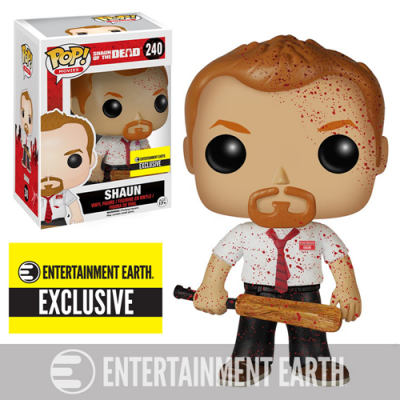 From Guillermo del Toro’s Crimson Peak movie comes this Mother Ghost Pop! Vinyl Figure. Mother Ghost is clad in all black and gray, and stands 3 3/4-inches tall. Ages 17 and up.

Undead footwear for your undead feet. The perfect footwear for any time of day, from dawn (of the dead) to night (of the living dead). Take home these oversized plush slippers that look like zombie heads! Let them munch on your feet while you walk, and wear them when you’re a half-awake zombie yourself. Who knew being chewed on was so comfortable? Best of all, there’s no right foot or left foot. That makes it easy to put them on in the morning when you have only half a brain! One size fits up to men’s size 12.
Ever wake up in the morning feeling groggy and disoriented? Every morning? Don’t worry, you’re not alone. We’ll admit to being zombies in the morning hours, which is probably why we schedule most of our important meetings for after lunch. As such, we thought it would be awesome to slip our feet into some Plush Zombie Slippers in the a.m. If we’re going to feel like zombies, we might as well dress the part, right? 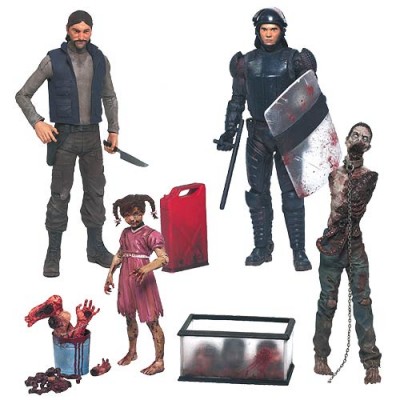 And zombies for all!
Take home The Governor, Michonne’s Pet Zombie, Glenn, and Penny.
Robert Kirkman’s hit comic The Walking Dead… brought to life!
Action figures of favorite characters in the 2010 Eisner Award-winning comic.
Interchangeable accessories and multiple points of articulation!
Based off the Image Comics version of The Walking Dead, these 5-inch scale Walking Dead Comic Action Figures feature gruesomely realistic detail, multiple points of articulation, and an assortment of interchangeable weapons and accessories. They look like they came right out of the comic book! Ages 13 and up.