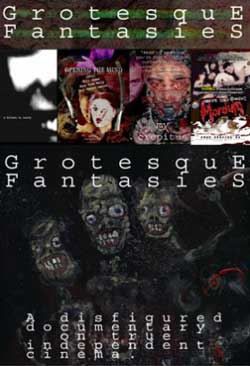 Grotesque Fantasies is a documentary from 2003 put together by Michael T. Schneider (aka MagGot), who you may remember as the sleazy Dolph in Revenge is Her Middle Name, but who is best known for his directing work – I Never Left the White Room and August Underground’s Mordum, to name a couple bigger ones. Here, in this “disfigured documentary on true independent cinema,” he has put together a cluster of behind the scenes footage, interviews, and movie clips of assorted Toe Tag Pictures-related films, as well as some footage of the Festival of the Macabre, a very DIY/punk night of horror films and death metal.

Note to potential viewers: most of the behind the scenes/making of features here relate to August Underground’s Mordum, so assume if you can’t handle that movie, be it due to its disturbing nature or its shaky camera, this may be tough to swallow as well. 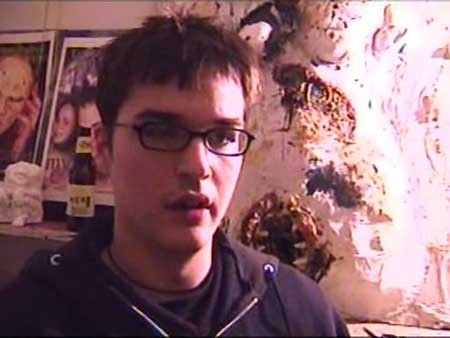 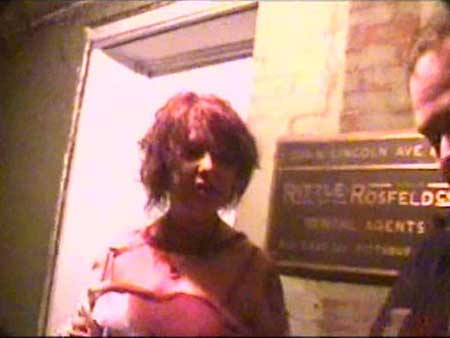 This documentary works in a very stream-of-consciousness kind of way. While there are specific segments here, the way it is put together is not straight-forward, but instead is at times experimental, at times goofy, and at times feels very much like you brought a video camera to a party and started filming. Due to this structure/style, this doc is also geared toward a very specific audience. If you love documentaries on horror films and film-making, you could potentially enjoy this. If you are a Toe Tag Pictures completist, this is most definitely for you. If you’re just a casual fan of horror movies, I don’t know if this will appeal to you. That being said, I will also point out that I personally don’t know a whole lot about the August Underground series, and I still found this very interesting, albeit difficult to watch at times (shakiness, not content).

Grotesque Fantasies is a very appropriate title for this documentary. Here is a group of independent, low budget filmmakers who are looking to do something new. They have visions and ideas that they want to put out there as an alternative to the mainstream horror playing at the local theater. They are taking their own personal grotesque fantasies and they’re writing the scripts, they’re making the movies, and they’re finding an audience. That is what this documentary is all about. 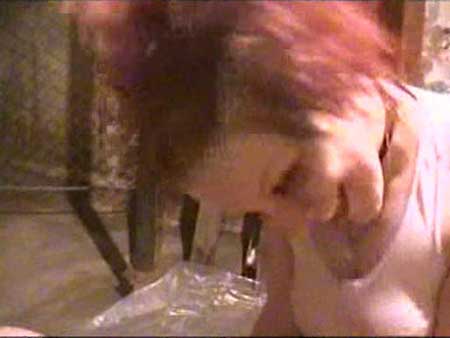 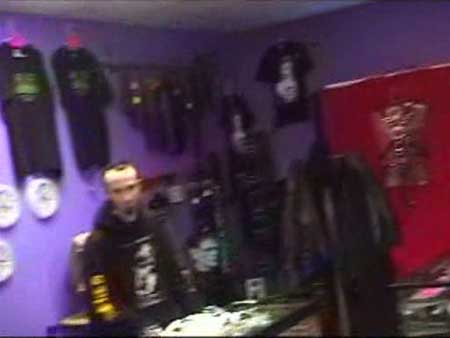 Toe Tag Pictures has, as of 2015, been around for 13 years, so really this documentary is giving us a taste of the very beginning. Everyone looks so young! It’s pretty crazy to see the interviews with the audience members after seeing August Underground’s Mordum for the first time, and it’s even crazier to see the cast and crew on set. A lot of this feels a bit like the early CKY videos, but take out the skating and substitute in special effects and extreme horror.

A good portion of Grotesque Fantasies focuses on A.U.’s Mordum and the Festival of the Macabre, including interviews with some of the featured filmmakers at the mini-fest (including Satchel Underwood, Kip Armadillo, Luis Pedron, Mike Watt, Amy Lynn Best, and others) as well as a group interview with a couch-full of August Underground cast and crew (I think this is my favorite part, hearing about their influences and how they got into the “scene”). We also get a peek at a couple “making of” featurettes, focusing on the short films Opening the Mind and Chrome Baby. We see the construction of some of the props that the band Necrophagia used on stage during one of their tours, put together by Fred Vogel and company. And finally, we close out with clips of various releases, complete with complimentary blurbs. 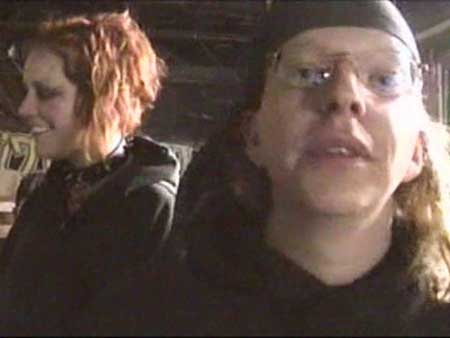 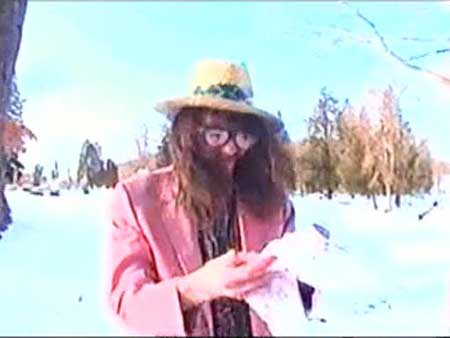 As I mentioned before, this documentary is geared toward a certain audience, one that is pretty much already at the “insider” level of fandom. It’d be great to see an updated doc, a Grotesque Fantasies for year 13, to see how things are going, how their “brand” of extreme has expanded, what everyone is up to now. For now, we will have to settle for a trip in the way back machine. If you’re not already a member of the Toe Tag army, I’d recommend checking out one of their movies before delving into the behind the scenes stuff detailed here, and leave this one for the growing number of die-hards out there.