Clean Break is the debut feature film from director Tricia Lee, who also brought you Silent Retreat (Best Canadian Feature at Toronto After Dark).  Winner of Best Drama Feature at the Atlanta Horror Film Festival and playing to a sold out screening at the Blood In The Snow Film Festival, this thriller is coming to DVD in the USA Tuesday August 25th.

Clean Break is takes satirical look at a group of young guys who are roommates and living the bachelor lifestyle, when one of them gets a girlfriend who will stop at nothing to rid of any excess baggage.  A much lighter film than Silent Retreat, this thriller explores the fact that you can choose your roommates, but you can’t choose their girlfriends.

Starring Tianna Nori in her debut lead role in a feature, this is the first in a long line of great films she’s been hand-picked to work on including The Demolisher, The Sublet and Save Yourself.  Nori plays a convincing psycho girlfriend, Tracy, whose murderous tendencies catch you off-guard under her sweet exterior.  Playing next to Samy Osman who is her absolute antithesis, Osman embodies the frat boy nature of the guys to a tee.  And the loveable Sean Kaufmann plays the puppy-eyed boy who falls under the charm and spell of Tracy, changing the dynamic in the house forever.

Tricia Lee and Corey Brown, long time creative partners, brought this to fruition as their first feature based on stories of crazy boyfriends and girlfriends who all of a sudden start spending every night and living in your shared apartment and not paying rent.  They thought, what if they took it one step further.  And so the character of Tracy was created.

Reminiscent of Fatal Attraction, Single White Female and a touch of The Audition, this film goes to some dark places but is also quite tongue-in-cheek.  Check out this enjoyable film on DVD at Target, Walmart, Best Buy, Barnes and Nobles in the USA starting Tuesday August 25th, or you can find it on all digital platforms like iTunes, Google Play, X Box and more. 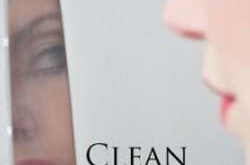